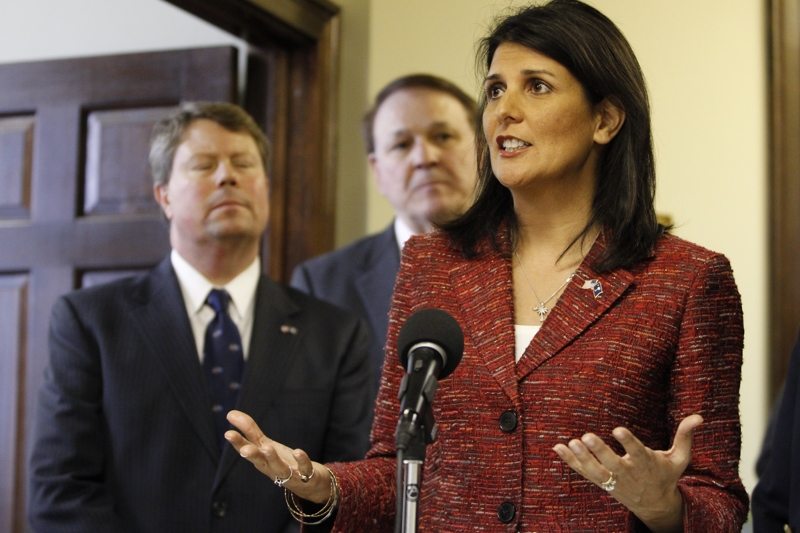 This was not “the plan” for S.C. governor Nikki Haley …

Her vaunted “national star” had shone its last, it seemed …

The one bright spot?  Despite her bad bets, Haley remained in line to take over the Republican Governors Association (RGA) – meaning her political advisors were poised to rake in tons of cash running GOP gubernatorial races across the country.

Now that Haley has said she will accept Trump’s nomination to become United States’ ambassador to the United Nations – her advisors are officially S.O.L.

For those seeking to make money off of her, though, it is a dead end.

“Running the RGA is a license to print money,” one Republican consultant told us. “Ambassador to the UN?  There’s no money to be made there – and if you try you’re going to wind up getting yourself into a lot of trouble.”

In fact, public frustration with “pay-to-play” government is at an all-time high following the myriad scandals involving former secretary of state Hillary Clinton.

That means there will be more of a microscope on self-serving behavior now than ever before.

“It’s a great day for Nikki Haley – but a terrible day for her political clingers,” one veteran Washington, D.C. operative told us.

Chief among those “clingers?”  Liberal GOP pollster/ consultant Jon Lerner and longtime Haley confidant Tim Pearson, her former chief of staff and two-time campaign manager (and the guy whose sealed divorce case could make some news in the weeks to come).

Murder Is The Case … But Does South Carolina Need To Rethink Its Definitions?