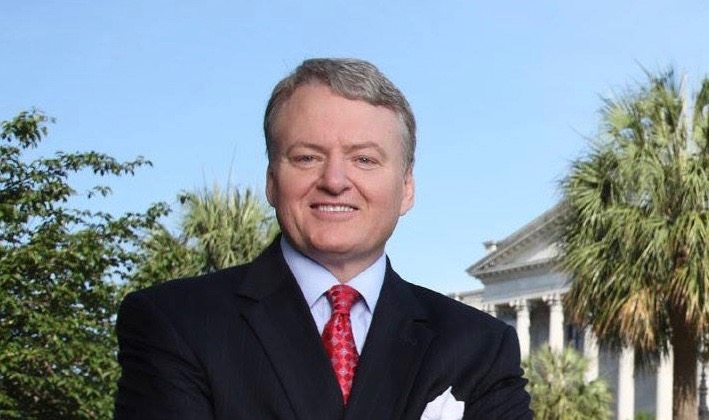 South Carolina treasurer Curtis Loftis received the lightest possible reprimand and administrative penalty from the S.C. State Ethics Commission (SCSEC) over an alleged violation – but the crusading statewide official said he would appeal the ruling anyway.

Loftis – one of the state’s most aggressive reformers – was assessed a $500 penalty for what the commission determined was an inadvertent and unintentional violation.

“While I am gratified that the commission acknowledged this alleged violation was inadvertent and unintentional, I will appeal this decision and the $500 administrative fee,” Loftis said in a statement. “This was a subjective and groundbreaking ruling – and I fear that letting it stand would impose burdens upon on the selfless service of thousands of people across the state that devote their time to nonprofit boards and organizations.”

Loftis was accused of asking S.C. attorney general Alan Wilson to retain his personal lawyer, Michael Montgomery, on behalf of the state in a case against a New York Bank that violated a pension fund agreement with his office.

Is that wrong?  No … however Loftis apparently neglected to mention to Wilson he and Montgomery served on the board of the same nonprofit, the Saluda Charitable Foundation.

According to the SCESC, that’s a conflict Loftis should have disclosed.

The commission’s ruling against Loftis pales in comparisons to judgments it has handed down in the past to Wilson, former governor Mark Sanford and current lieutenant governor Henry McMaster.  Each of those elected officials were forced to pay tens of thousands of dollars in fines in connection with their violations.

Of course that makes sense seeing as they committed major infractions.  As for Loftis, we’re not entirely sure what he did wrong.  Seriously, the commission acknowledged he was not a part of the conversations that led to the decision to hire Montgomery – which took place while he was out of the country.

Also, the decision to hire outside counsel in the first place was made years earlier by former S.C. treasurer Converse Chellis – who was defeated by Loftis in the 2010 GOP primary.

Loftis said the case against him was initiated by cronies of the corrupt S.C. Retirement System Investment Commission (SCRSIC) – a powerful cabal he has spent the last six years fighting as it relates to their woeful mismanagement of the state’s pension fund.

“I blew the whistle on their unbelievably poor performance and this is just one part of their retribution,” Loftis said.  “South Carolinians know the sorry state of their government and they have twice elected me to fight for them in Columbia and this decision will not keep me from my duties to the people… I work for them and not the handful of rich and powerful elites that run our state.”