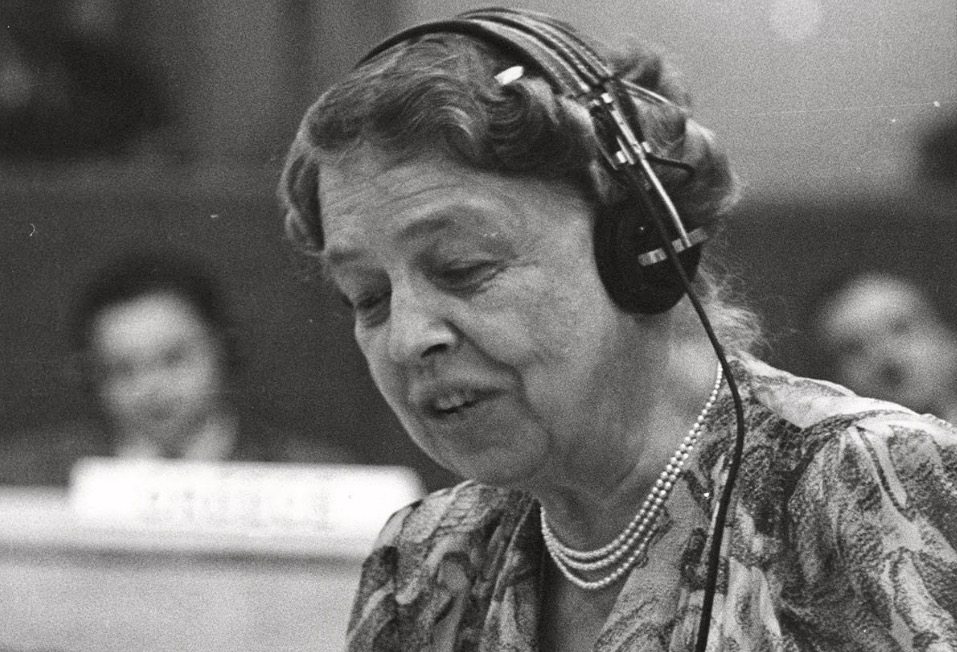 WHAT WOULD ELEANOR ROOSEVELT DO?

There’s been a lot of discussion during the current election cycle about whether GOP presidential nominee Donald Trump has the temperament to be president.  Specifically, Trump’s general election rival Hillary Clinton has suggested – during debates and in television ads – that Trump shouldn’t be trusted to manage America’s diminished nuclear arsenal.

She may have a point, too.

Trump is crazy, people.  But here’s a question: Is he any less in possession of his marbles than Clinton?

Let’s flashback to 1996 when Bob Woodward – the reporter who helped break the Watergate scandal (and who slammed Clinton this week as being “corrupt”) – first reported on then-first lady Clinton’s “therapy sessions” with psychologist Jean Houston.

During these 1995 sessions, Clinton and Houston would literally commune with the dead – channeling spirits of the departed including former U.S. first lady Eleanor Roosevelt.

What did Roosevelt say to Clinton?  A lot.

“Hillary addressed Eleanor, focusing on her predecessor’s fierceness and determination, her advocacy on behalf of people in need.” Woodward wrote.  “Hillary continued to address Eleanor, discussing the obstacles, the criticism, the loneliness the former First Lady felt. Her identification with Mrs. Roosevelt was intense and personal. They were members of an exclusive club of women who could comprehend the complexity, the ambiguity of their position.”

Apparently Clinton had more than one exchange with her predecessor – admitting in a 1996 column that she often had “imaginary conversations with Mrs. Roosevelt to try to figure out what she would do in my shoes.”

So … what did Roosevelt say to Clinton from beyond the grave?

“She usually responds by telling me to buck up, or at least to grow skin as thick as a rhinoceros,” Clinton wrote in her column.

Clinton and Houston also communed with former Indian independence leader Mahatma Gandhi during their seances … err, sessions.  At one point Houston suggested they talk to Jesus Christ, but Clinton refused.

No shocker there, right?

Providing cover for Clinton in the aftermath of all this?  The New York Times, which spun the sessions as nothing more than “an intellectual role-playing exercise.”

In the Times‘ article, Houston claimed Clinton would never have engaged in mysticism because she was “a very committed Christian” and a “serious, reflective and prayerful” person.