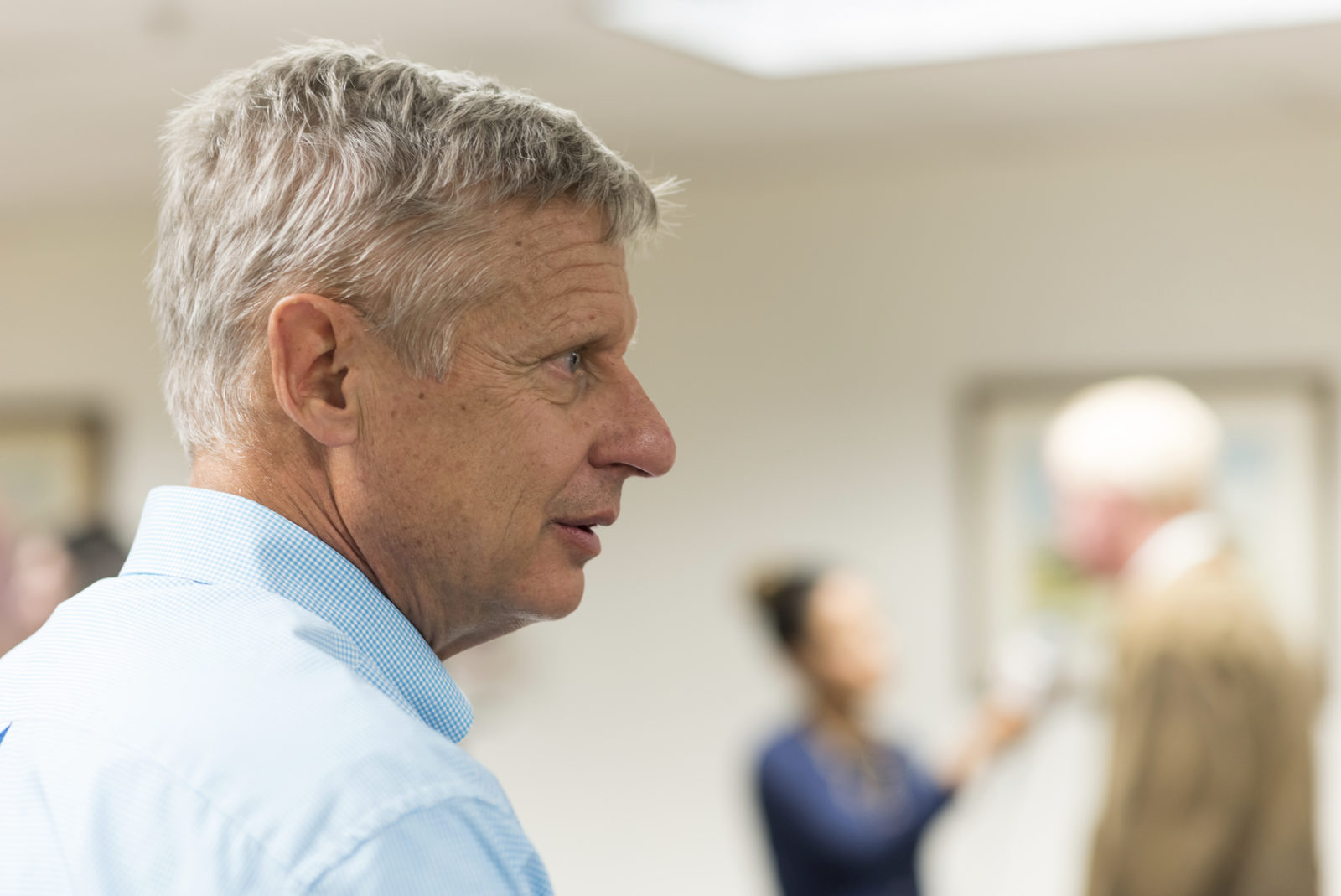 I don’t think of myself as an outlier.  I don’t think that my thoughts on the government are at one extreme of the political spectrum or the other.  I start conversations on policy and principle from the Libertarian bent, but realize that a civil society probably needs more government than what a true Libertarian would deliver.

Gary, we were counting on you to keep it together long enough to make people think. You completely let us down.

If a third party candidate had been able to keep it together, would we have had the same name-calling debates?  Would we have had to wait until twenty days before the election before a debate moderator could get the major party candidates to devote ten minutes to the national debt?  Maybe, maybe not.  But, I feel those of us longing for rational conversation from the people competing for the leadership of the free world must now wait even longer for the “marketplace of ideas” competition this web site espouses.

When the confluence of circumstances conspired to provide a sophomoric salesman as the Republican nominee, an all but convicted felon as the Democratic nominee, and an electorate desperately seeking an outsider with a grasp of what was going on, we got Gary “what’s Aleppo” Johnson.

What a lost opportunity.

The Grownup in the Room
Irmo, S.C.

Very well stated, “grown-up.”  When this election cycle began I couldn’t envision a scenario in which FITSNews wouldn’t wind up endorsing Johnson, who was our 2012 choice for the White House.  Boy did things ever change.  The Libertarian ticket may wind up pulling five percent nationally come November 8 – which would obviously represent a big step forward.  But the party – and Johnson – had a window to do so much more than that.  And they missed it.