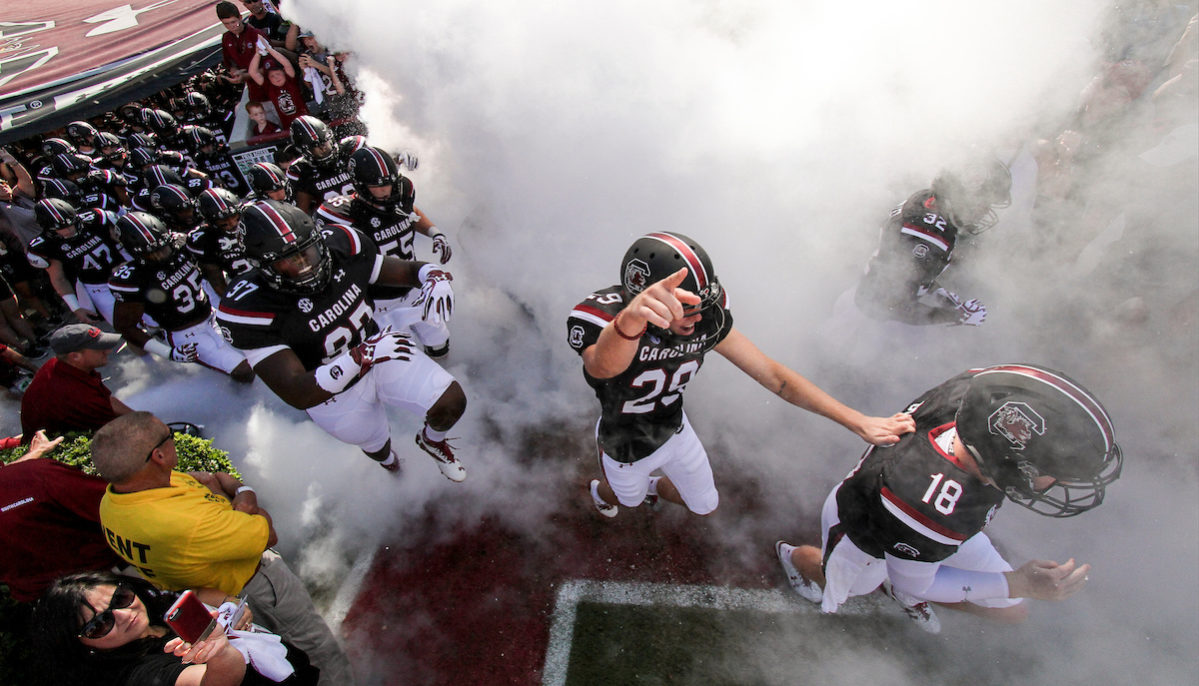 According to the athletics director Ray Tanner, the pledges represent “a strong commentary on the Gamecocks’ support for the direction Coach Muschamp is leading the football program.”

“The football operations facility represents our most ambitious project to date and we are hopeful of receiving state approval in the near future,” Tanner said in a statement. “With a $50 million price tag, we continue to raise funds to make this a reality.”

(Meanwhile up the road at Clemson University … victories and facilities roll on).

With all due respect to Tanner, last time we checked Muschamp’s team had the worst offense in all of college football.  Like … the worst.

So after ten months on the job, it could be argued there is only one direction in which Muschamp can lead the Gamecock program.

In fairness to “Coach Boom,” he inherited an unmitigated disaster.  An imploded program.  And he has managed to make some lemonade out of the lemons (assembling a solid coaching staff and managing to stave off what could have easily been a recruiting disaster).  He’s also been dealing with injuries to key personnel on the offensive side of the football.

But still …at midseason South Carolina (2-4, 1-4 SEC) is clearly not living up to the exceedingly modest expectations that were placed on the program heading into the season.  And to claim that Muschamp’s first-year performance is inspiring a flood of financial support for facilities upgrades seems … well, overly optimistic.

Bigger picture?  We continue to believe the whole college football system (and higher education in general) need to be privatized.