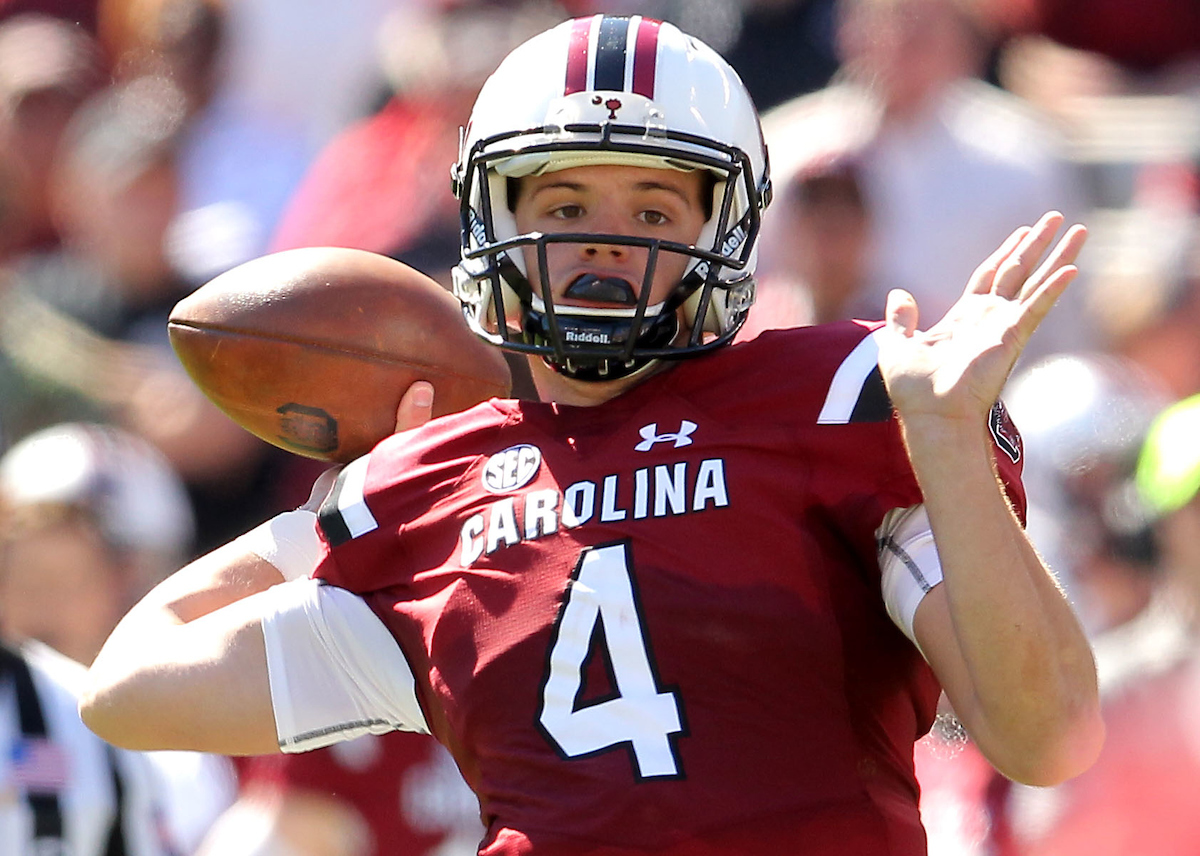 The worst offense in all of Division I (a.k.a. NCAA FBS) college football received a huge shot in the arm from a true freshman quarterback making his first collegiate start.

Jake Bentley – who was supposed to spend the 2016 season holding a clipboard and preserving an extra year of eligibility – instead led the previously anemic University of South Carolina offense to season highs in points and yardage en route to a 34-28 victory over the University of Massachusetts.

No one is expecting Bentley to win any of those three contests, but first-year head coach Will Muschamp clearly believes the 6-foot-3, 223-pound signal caller from Opelika, Alabama gives his team the best chance at pulling off an upset against one of those three ranked opponents.

Of course we don’t know what Bentley thinks about his chances because Muschamp held him out of the interview room, citing a team rule against freshmen speaking with members of the press.

Bentley – the son of Gamecock running backs’ coach Bobby Bentley – completed seventeen of twenty-six passes for 201 yards and a pair of touchdowns in his collegiate debut.  The eighteen-year-old did not turn the football over, either.

After leading South Carolina on a pair of early scoring drives, Bentley connected with sophomore tight end K.C. Crosby on a sixteen-yard scoring strike for his first career touchdown pass.  On South Carolina’s very next possession he connected with fellow true freshman wide receiver Bryan Edwards for a 24-yard score.

Bentley’s favorite target?  Sophomore receiver Deebo Samuel, who hauled in eight passes for 106 yards in his second game back from a hamstring injury.  Samuel also ran twice for 31 yards.

South Carolina racked up 395 yards in Bentley’s debut – well above the Gamecocks’ season average of 304.5 yards per game through the first six contests, which ranked 126th out of 128 FBS teams. 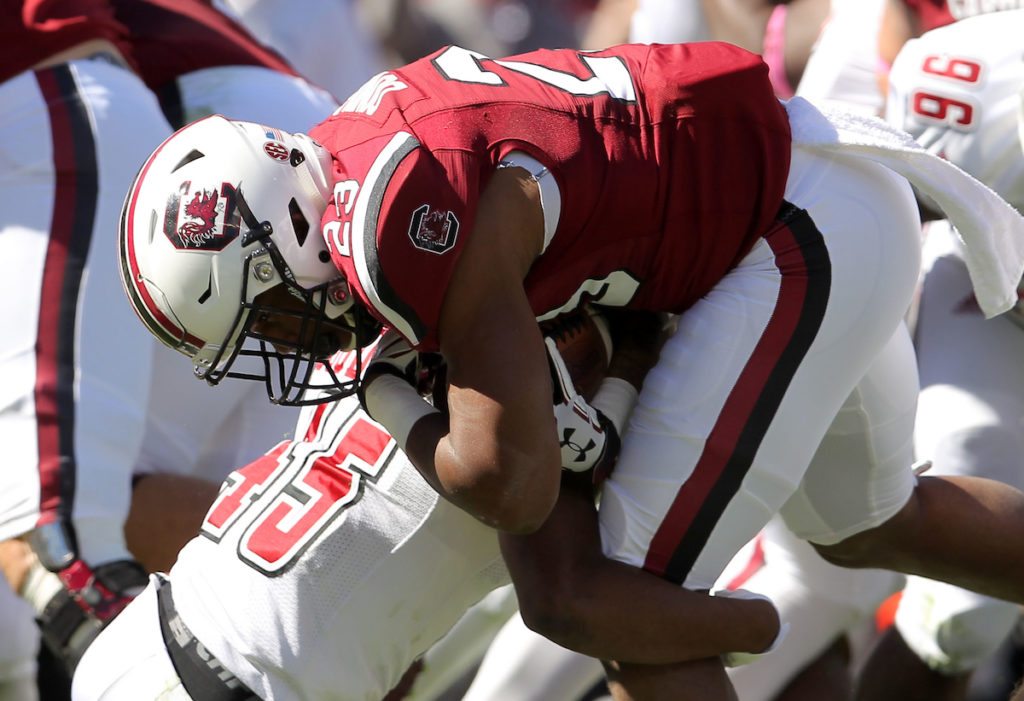 Obviously a win over Massachusetts – participating in its first year as an FBS independent after two seasons in the Mid-American Conference – is not the same as a win over a Southeastern Conference opponent.  Especially an SEC win on the road.

Having said that, the Minutemen did hang with Florida well into the fourth quarter earlier this year down in the Swamp – and gave Mississippi State a run for its money when the Bulldogs ventured into Foxborough last month.  But this is not the part of our recap where we claim “the Minutemen are better than their 1-7 record would indicate.”

Still, Bentley’s emergence under center – even against one of the weaker teams on South Carolina’s schedule – is promising.  Of course as we noted in our most recent spleen-venting about the status of the program, there was really nowhere to go but up.

Bentley’s heady play also raises a tough question for Muschamp: Why didn’t he put him in the lineup weeks ago? 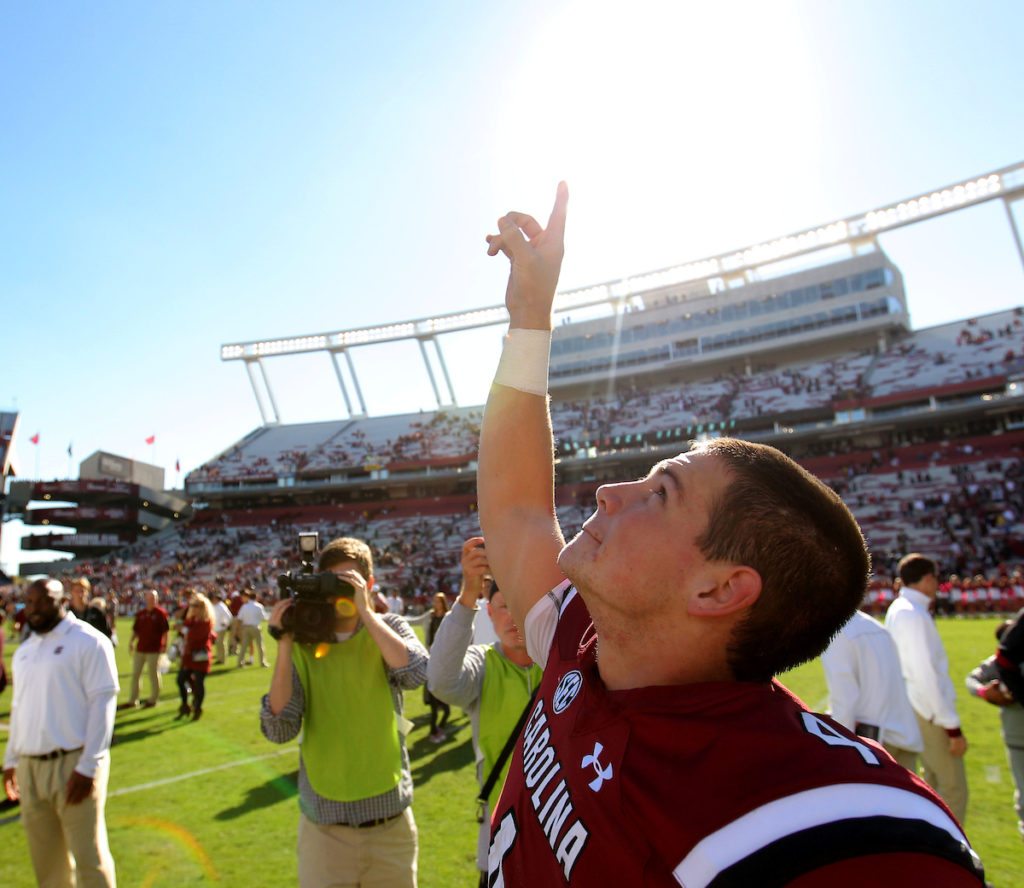