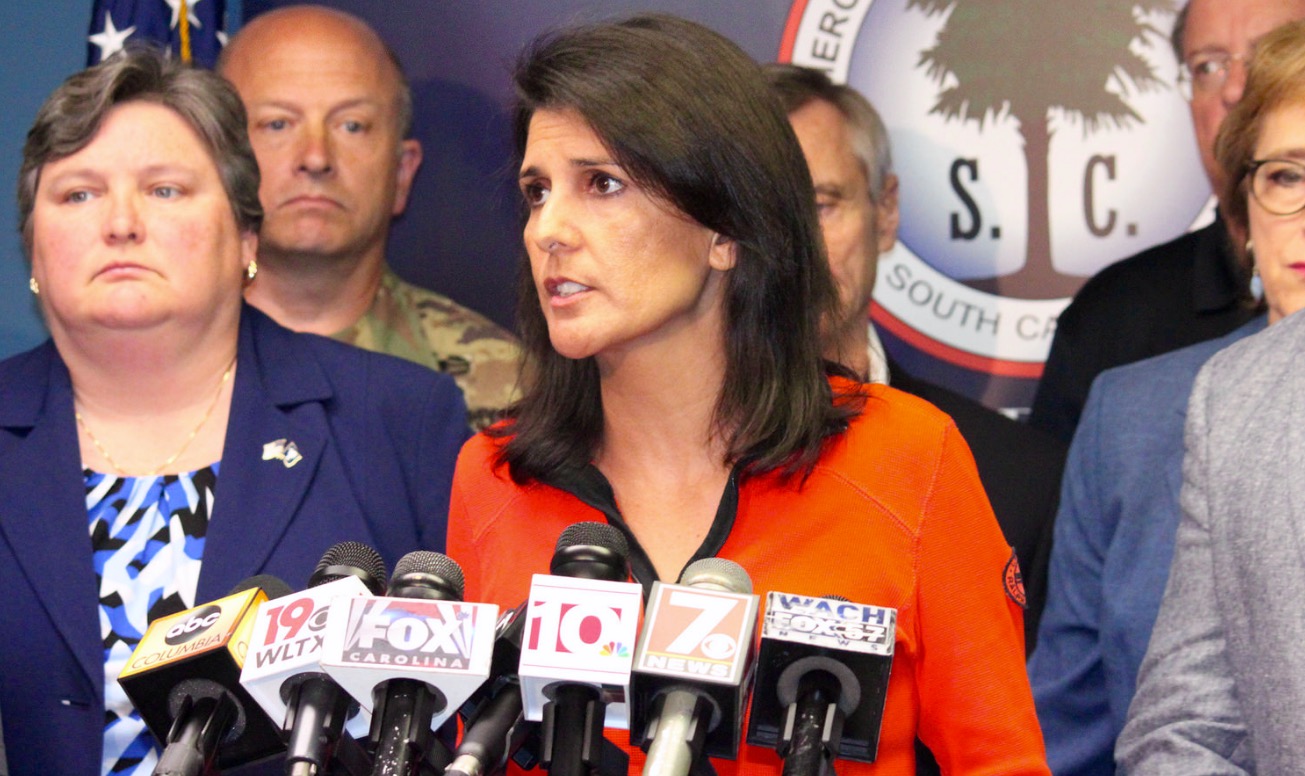 PALMETTO STATE RESIDENTS CHOOSE TO RIDE OUT THE STORM …

Only 310,000 South Carolinians have heeded warnings to evacuate the Palmetto State’s endangered coastline in advance of the arrival of Hurricane Matthew, according to governor Nikki Haley.

That’s roughly one quarter of the estimated 1.1 million people who live in harm’s way.

Clearly the vast majority of coastal residents have decided to ride the storm out … in spite of multiple warnings from Haley, lane reversals intended to clear a path for them and recent forecasts showing the storm veering closer to the South Carolina coast early Saturday).

The agency added that first responders would not be able to come to the rescue of stranded citizens during the storm.

Even though Matthew is projected to be a category one storm by the time it arrives off the coast of Charleston, forecasters are fretting the possibility of a major storm surge accompanying the system.  In fact Haley has said the storm surge is likely to be “worse than Hugo,” a reference to the infamous 1989 category three storm that made landfall just north of Charleston.