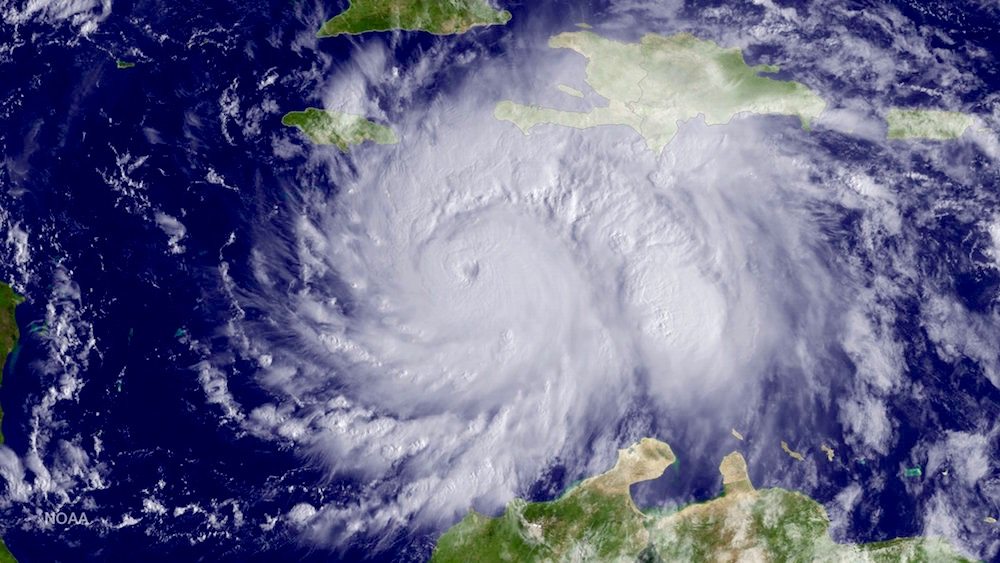 Just when peak panic had set in across South Carolina as to the potential impact of Hurricane Matthew, storm trackers at the National Hurricane Center in Miami, Florida provided Palmetto State planners with some good news.

According to the latest forecast models, the storm is expected to be weaker – and track further to the east – than previously expected.

Does this mean South Carolina is out of the woods?  No.  Not at all.  Broad swaths of the state’s Lowcountry, Pee Dee and Grand Strand areas remain well within Matthew’s five-day forecast “bubble.”

Also, even if the Palmetto State is spared a direct hit from the storm – now a category three hurricane – there will still be plenty of rain, wind and flooding related to the system.

As of the 8:00 a.m. EDT Wednesday advisory from the NHC, Matthew was located approximately 115 miles south of Long Island, Bahamas.  The storm was packing maximum sustained winds of 115 miles per hour and moving north-northeast at ten miles per hour.  Hurricane-force winds extended outward from its center for 40 miles, while tropical-storm-force winds extended outward for 160 miles.

“Some slight strengthening is forecast during the next couple of days,” forecasters warned.

Where do the experts now think the storm is headed?

And here is the storm’s most recent projected forecast track …

Obviously those maps look a lot better for South Carolina than the ones we were looking at just twenty-four hours ago.

In fact, S.C. governor Nikki Haley must now decide whether or not to go through with her proposed evacuation of 1.1 million coastal residents.  As it stands now, Haley’s evacuation is scheduled to commence at 3:00 p.m. EDT on Wednesday.

The governor also shut down schools and government offices in twenty-six of the state’s forty-six counties in an effort to facilitate the evacuation from the coastal regions of the state – and keep roads in the Midlands region of the state clear for the deluge of traffic.

Was that the right call?  We’ll know soon enough …

While the latest forecasts are more promising for the Palmetto State, Matthew’s track appears to have Florida’s east coast squarely its sights.  Hurricane warnings are already in effect from Golden Beach (near Miami) to Sebastian Inlet (near Vero Beach) while hurricane watches are in place all the way up to the Georgia border.