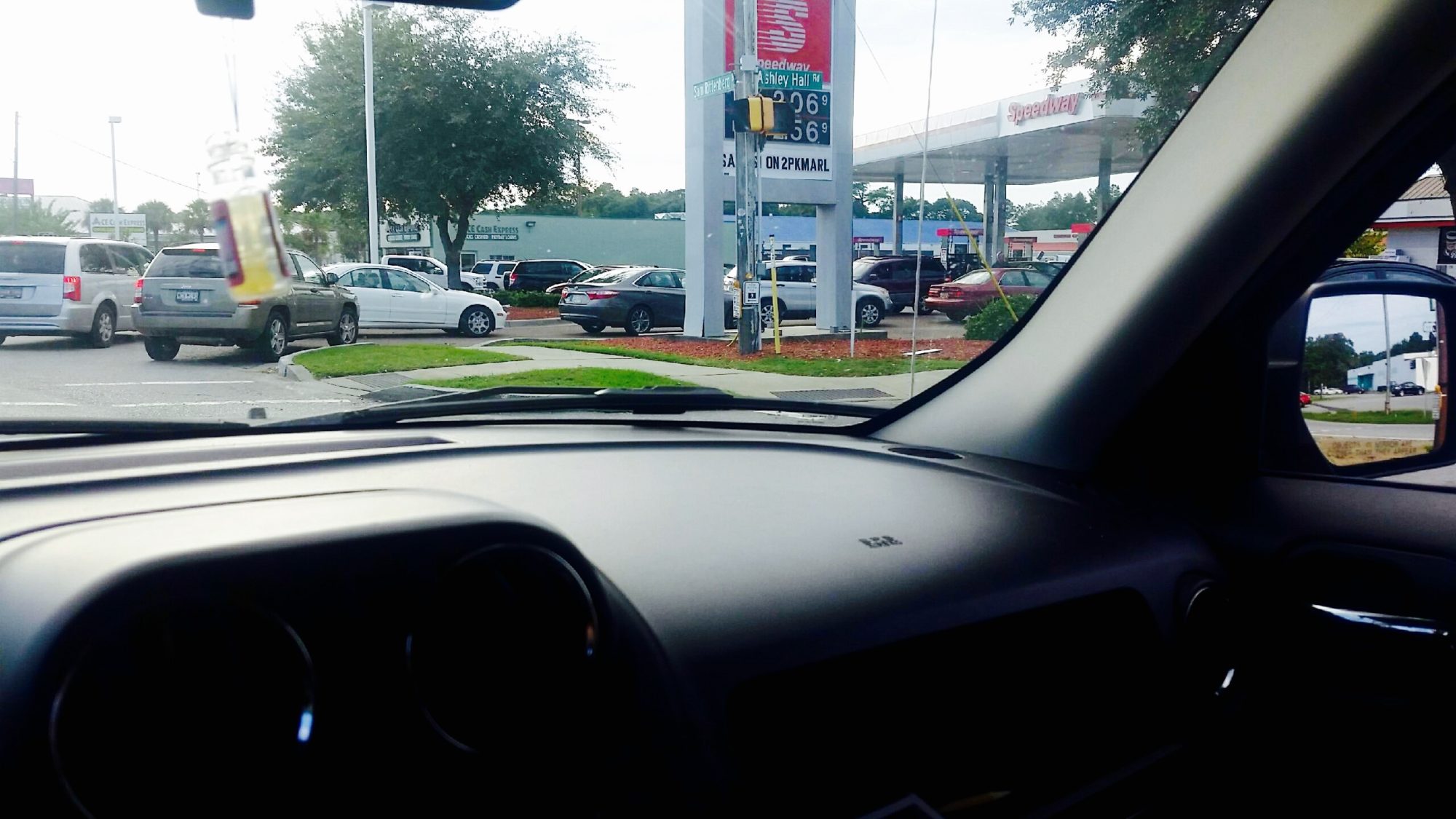 “WE COULDN’T EVACUATE EVEN IF WE WANTED TO …”

A looming category four hurricane – and the government-mandated evacuation preceding its arrival – is wreaking havoc across South Carolina.

“Panic mode,” one resident told us.

The panic is particularly pronounced in the Palmetto State’s Lowcountry, which is on the verge of a massive mandated exodus scheduled to begin within the next twenty hours.

The first sign of problems?  A run on gasoline.  Multiple sources in Charleston, S.C. have told us that lines for gasoline are spilling “out into the streets at every station.”  In fact, we’re told the run on gas is so severe it is complicating many residents’ early evacuation plans.

“Lines to the service stations are blocking the roads,” one resident told us.

Beyond that we’re told that gasoline – where it is available – costs at least ten cents more per gallon today (Tuesday) than it did just twenty-four hours earlier.

“Most places are (sold) out,” another resident told us.

Fuel shortages could wind up keeping some Lowcountry residents from retreating inland in advance of the coming storm.

“We couldn’t evacuate even if we wanted to,” one resident said.  “There’s no gas.”

Another told us her family would likely have to factor fuel calculations in deciding whether to stay or go.

“If we leave it probably won’t be on a full tank,” she said, adding “there’s really not a lot of time to prepare.”

S.C. governor Nikki Haley announced her intention this week to begin a state-run evacuation of 1.1 million coastal residents in anticipation of the arrival of Hurricane Matthew, which is currently projected to arrive in our vicinity sometime late Friday.

The evacuation is scheduled to begin at around 3:00 p.m. EDT on Wednesday, although Haley reserved the right to cancel or delay it pending more favorable forecasts.

Haley also ordered schools and government offices across the Midlands region to shut down for the rest of the week.  That decision has prompted considerable anger from working parents who must now make other arrangements for their children.

“Friday could be justified – maybe Thursday – but definitely not tomorrow for us non-coastal schools,” one single mother living in downtown Columbia, S.C. told us.

Haley’s objective in shutting down Midlands-area governments is to clear the Interstate highways of traffic in anticipation of the vehicular “storm surge” from Charleston.

Of interest?  The mass exodus from the Lowcountry will travel through a stretch of Interstate 26 still undergoing major repairs due to the incompetence of the S.C. Department of Transportation (SCDOT).