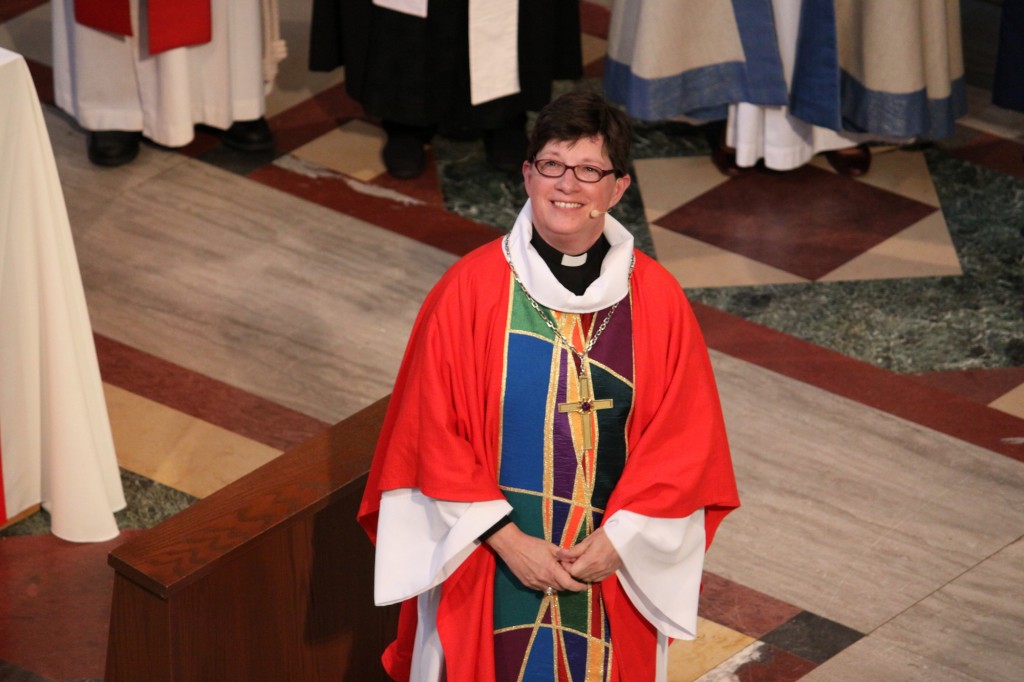 When we heard the “Lutheran Church” had done something allegedly anti-semitic, we naturally assumed it was either the church’s ultra-conservative Wisconsin Synod or its conservative Missouri Synod that was to “blame.”

We were wrong … turns out it was the church’s largest, most liberal factioin that stuck it’s head in the “Zion’s mouth.”

To recap: According to the Jewish News Service, special envoy to the United Nations and self-proclaimed “Christian Zionist” Laurie Cardoza-Moore accused the “Lutheran church” of anti-semitism this week.

Specifically, Cardoza-Moore is upset that the church approved a resolution calling on the United States to stop providing military aid to Israel.

First of all, we support shutting down military aid to Israel.  One hundred percent.  In fact, we’ve expressed this belief on numerous occasions (most recently here).

Of course in fairness, we favor shutting down all foreign military aid – including the subsidization of terrorist cells in the Middle East or coups in eastern European countries we deem “ripe for regime change.”

None of it is any of our business …

Which we guess was Cardoza-Moore’s point … if the “Lutheran church” was going to take such a position against military aid, why didn’t it oppose it across the board?

An even better question is why this policy is being pushed by the most liberal of all Lutheran denominations … the Evangelical Lutheran Church in America (ELCA)?

In a post addressing this situation, a theologian at Concordia Seminary – which is affiliated with Lutheran Church Missouri Synod (LCMS) – noted that “the ELCA does not speak for the Lutheran Church … they speak only for the ELCA.”

That’s for damn sure.  putting it politely.

Based on the current theological/ ideological direction of the denomination, we’re not entirely sure those who worship at ELCA churches should be permitted to call themselves “Lutherans.”

“Your astute minds have been completely turned into stinking mushrooms,” Martin Luther might say of the flock bearing his name.

The LCMS theologian, Paul Raabe, goes on to say that the Lutheran church “should not pontificate on politics in the Middle East.”

“The political scene over there is extremely complex, and the church has no special wisdom on that topic,” he wrote. “Nor is that the church’s calling.”

Damn right … nor is it U.S. taxpayers’ calling.

Raabe goes on to say that the ELCA should “clarify to the U.N. in the strongest terms and without qualification or mitigation that Lutheran churches are not anti-Semitic.”

We agree … not because the U.N. deserves an explanation, but because this incident is being used to paint all Lutherans with the same broad brush.

This website has consistently fought for religious freedom – specifically getting government out of the church (and removing state authority over religious institutions).  When churches pull crap like this, it undermines those efforts.

Obviously we’re not disputing the ELCA’s right to make whatever pronouncements it wishes about various government policies  … and there are obviously certain instances in which churches are compelled to comment on government actions (i.e. invasions of religious liberty).

But this?  This is ridiculous … especially coming from the “liberal Lutherans.”

Thanks To WACH Fox