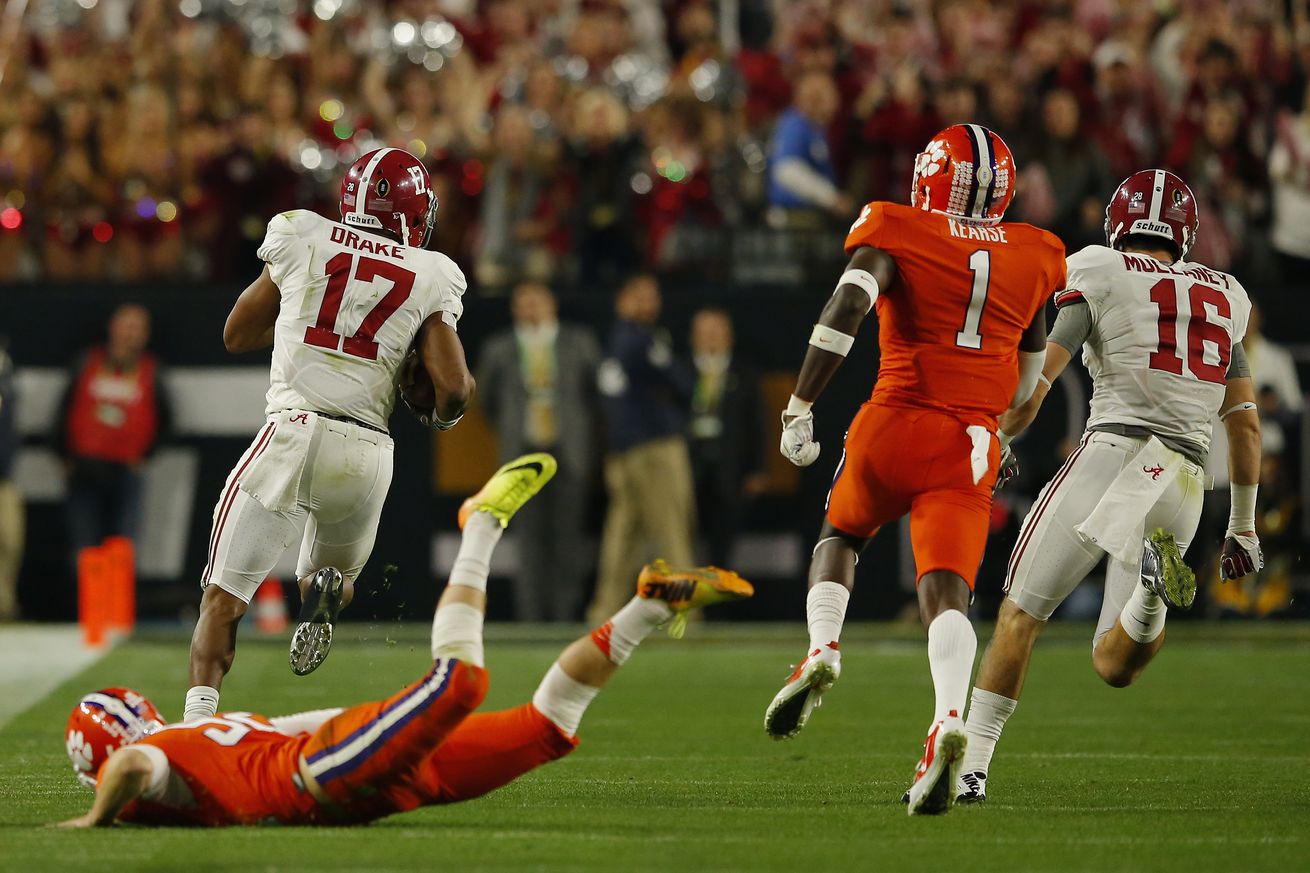 “WHERE DO (THE) CHAMPIONSHIP TROPHIES GO?”

The ex-Crimson Tide star – who took a fourth quarter kickoff 95 yards for a touchdown against Clemson in January’s national championship game – joked on social media that the Tigers’ new facility needed more hardware.

“I’ll let y’all finish but where do their championship trophies go,” Drake tweeted in response to an invitation from Clemson’s athletics department to take a virtual tour of the $55 million facility.

Come inside, take a tour & see where some awesome features will go in our new Football Operations Facility. #Clemsonhttps://t.co/Yn6I8Inpr5

I'll let y'all finish but where do their championship trophies go though ? https://t.co/zEmTCrzx07

To be fair, Clemson does have plenty of hardware to display in its new facility – which is scheduled to open in early 2017. The Tigers have won the Atlantic Coast Conference football championship fifteen times (including titles in 2011 and 2015). They also have one national title on their resume (following the 1981 season). Alabama, though, has won sixteen national championships – including titles in 2009, 2011, 2012 and 2015.

The Tide and Tigers opened the 2016 season ranked No. 1 and No. 2, respectively.

Drake is a 6-foot-1, 216-pound native of Powder Springs, Georgia. He was chosen by the Miami Dolphins in the third round of this year’s National Football League (NFL) draft.