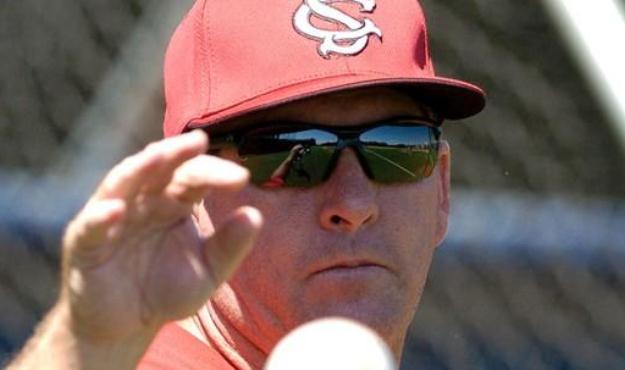 Last week Finebaum referred to Clowney as “the biggest joke in college football” for sitting out the Gamecocks’ Oct. 5 win over unranked Kentucky.

“It was really a hateful comment,” Tanner told The (Columbia, S.C.) State newspaper. “It was inappropriate. It was unprofessional, and it was unnecessary. I don’t know how you make any kind of comment about a student-athlete along those lines.”

We can appreciate Tanner wanting to stand up for his player (and rally the notoriously easy-to-arouse Gamecock fan base to his side) but let’s be honest here: Finebaum’s comments were not hateful … nor were they inappropriate, unprofessional or unnecessary.

They were simply an analyst expressing his opinion about an athlete. Period.

Of course this is the University of South Carolina, where the athletics department is used to bullying a supplicant press corps – and then having its “super fans” installed as columnists. In fact Tanner told The State he plans on venting his frustration to SEC commissioner Mike Slive – and trying to get Finebaum booted from the new SEC Network.

USC may be able to tell The State newspaper to jump (and be asked “how high” in response), but it has another thing coming if it expects the same bullying tactics to work on ESPN.

The real irony in all of this? Finebaum’s criticism came in no small part due to the University’s colossal mishandling of the Clowney injury. Think about it: Had Tanner’s department kept the press up to speed on Clowney’s injury from the moment it knew something – and kept head coach Steve Spurrier from acting like a passive aggressive little bitch in his post-game press conference – there would have never been a Clowney soap opera in the first place.

Seriously … Tanner’s program threw Clowney to the wolves. He shouldn’t be surprised – or angry – one of them took a bite.

USC’s football program is enjoying an era of unprecedented success. But the Tanner, Spurrier and others seem to think this success grants them immunity from criticism – even when they clearly deserve to be criticized.