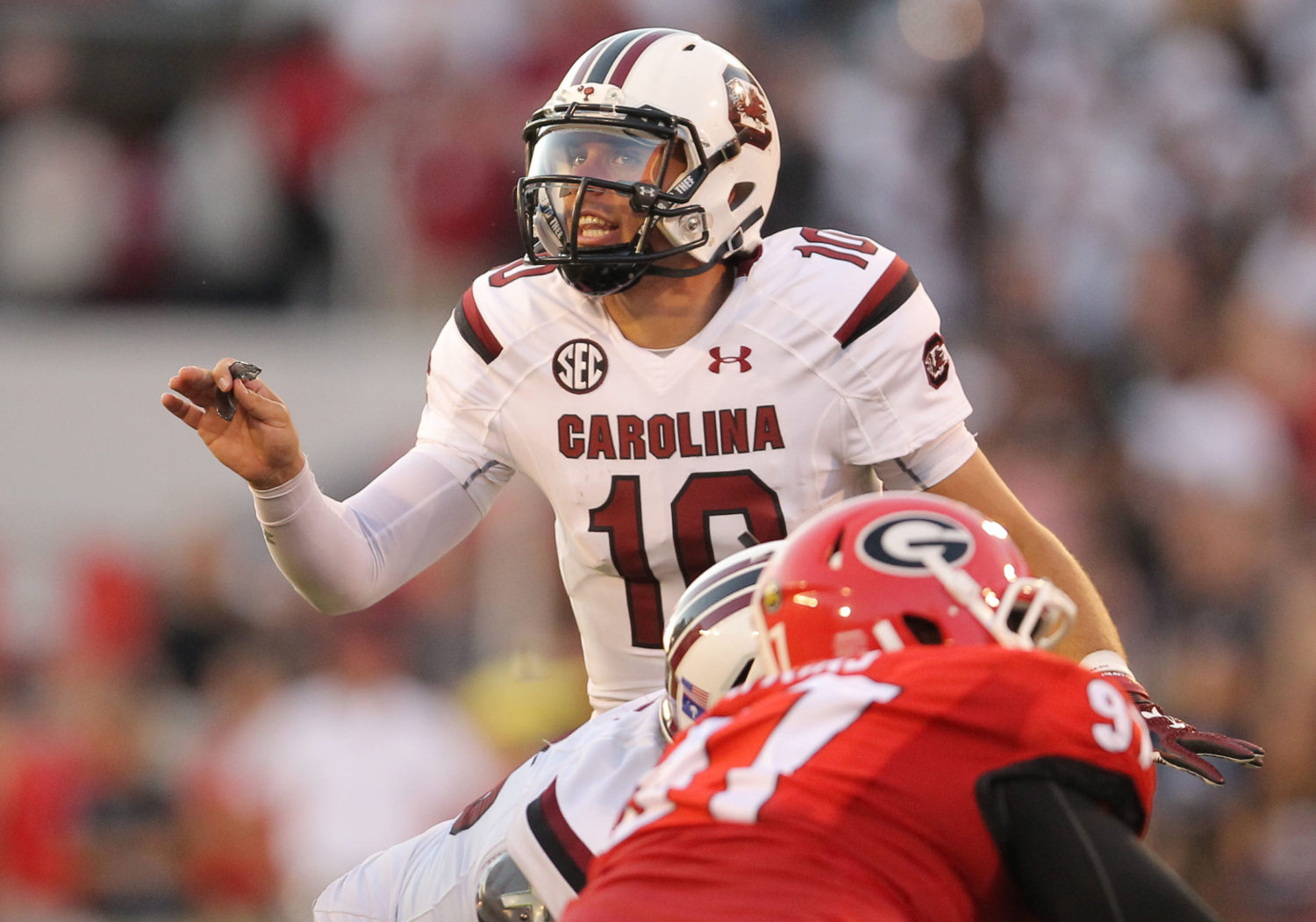 Orth is a former walk-on who was pressed into extended duty during the Gamecocks’ disastrous 2015 campaign.  McIlwain is a highly-touted recruit who decided to stick with the Gamecocks despite their recent slide.

“I think we’ve got to narrow it down to two and still have the third guy repping at times.” Muschamp told reporters this week.  “We’ll see how they do Saturday.  We had a scrimmage situation on Wednesday.  I thought all three guys did some really good things. (Saturday’s scrimmage) will be everything we’ve got in, as far as the installation, on both sides of the ball.  We’ll see how they function.  It’s a very well-contested battle right now (between Perry Orth and Brandon McIlwain).  Saturday will be a good judgment day for them.”

“I think we’ve got to do what it takes to win,” Muschamp said.  “If it takes two, it takes two. I think the competition has been very healthy from a standpoint of three really class young men that have been raised right, good people, and at the end of the day, they want what’s best for the University of South Carolina.”

After becoming one of the strongest programs in the nation from 2011-13, South Carolina slumped to 7-6 in 2014 and then came completely unglued last season.

Legendary head coach Steve Spurrier stepped down midway through the year, with offensive line coach Shawn Elliott taking over on an interim basis.

Muschamp wasn’t necessarily the first choice to reverse the program’s fortunes, but since being hired he has put together a solid coaching staff and managed to stave off what could have easily been a recruiting disaster.

South Carolina opens its 2016 campaign on the road against Vanderbilt on Thursday, September 1.  That game will kickoff at 8:00 p.m. EDT with ESPN providing national coverage.

Get Over It, Gamecocks