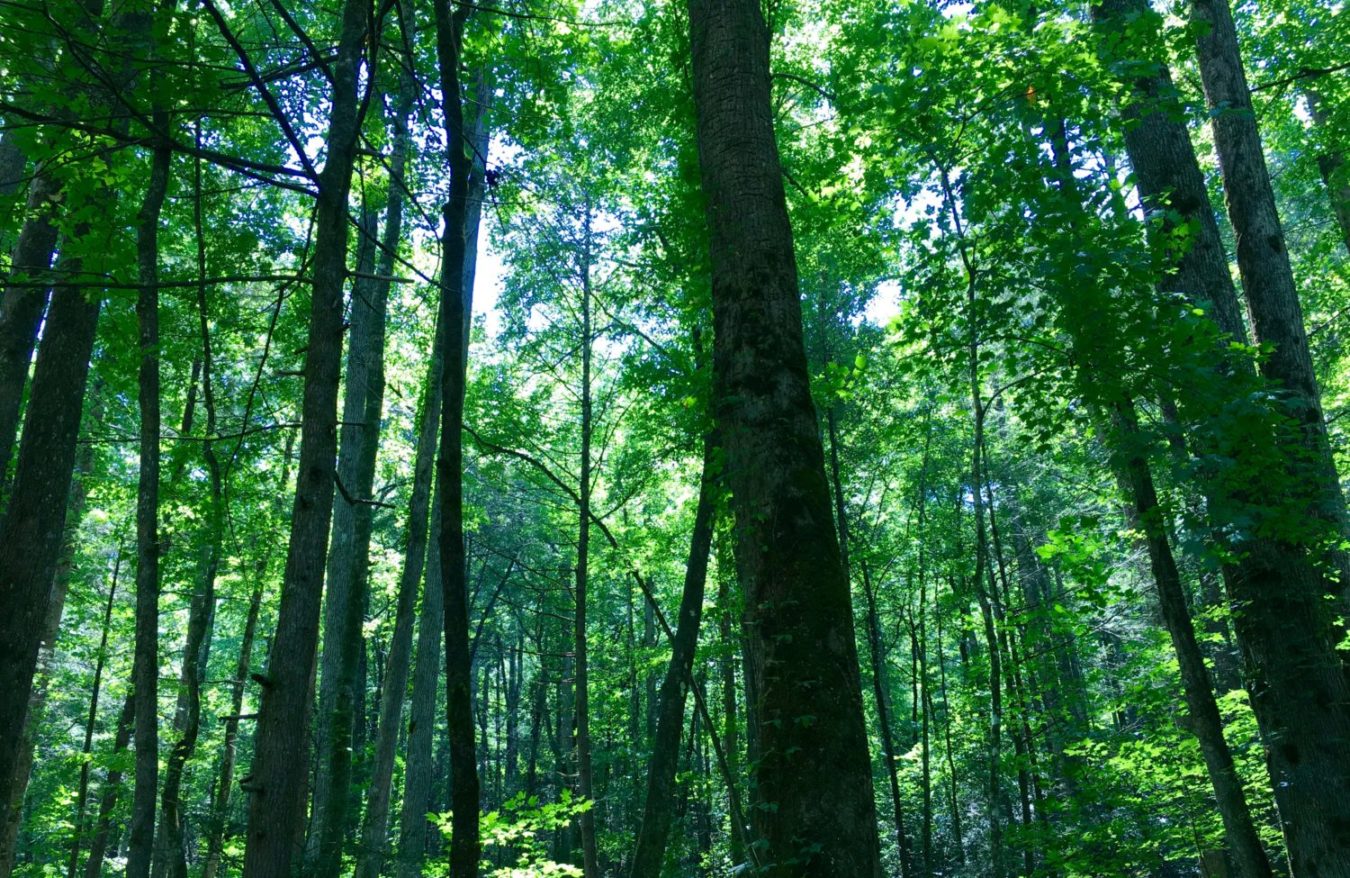 The modern world has us plotted on a grid.  Conditioned to being connected.  Chained to what we’ve come to accept as “conveniences.”  The cadence of our 21st century lives has become a cacophony of obligation – an incessant barrage of digital notifications telling us it’s time to do something or go someplace.  Usually against our inclinations.

Modern life is a breeding ground for stress … and it’s compounded by the fact that every day, government at all levels makes it a little bit harder for hard-working people to get by.

There’s no time to get lost … although we try in various ways to engage in “micro-escapism.”

In December 2015, a study released by Deloitte found that Americans checked their smart phones eight billion times a day.  For those of you keeping score at home, that’s an average of 46 daily “looks” for every smartphone user in America – up from 33 daily looks the previous year.

Bigger question: Are we happier?  Are these daily forays into the screens of our smart phones really improving our lives?  Or are they further hard-wiring us into an increasingly stressful, unfulfilling existence?

Last Friday, I know that I was not happy.  I’d just been informed that a long-planned camping trip to the Jocassee Gorges wilderness area in the northwestern corner of South Carolina would require me to basically write off the entire workday.

I had already figured that my weekend would be shot, but like a lot of small businesspeople struggling to make it in this economy, I really couldn’t afford to take off an entire workday.

Don’t get me wrong: I love the outdoors.  And for several weeks I’d been looking forward to making this trip with my son, his scouting buddies and their dads.  But I’d hoped to squeeze in at least a little work prior to embarking on this journey into one of the last remaining unspoiled areas on the East Coast.

It wasn’t to be, though … so I duly informed my readers of this fact as I watched the bars on my iPhone disappear one by one northwest of Greenville, S.C.

For those of you who have never been to Jocassee Gorges, it is as remote a place as you are going to find in South Carolina – or anywhere on the East Coast, really.

To get a sense of its remoteness, pull up South Carolina on Google Earth – then go to the northwest corner of the state. 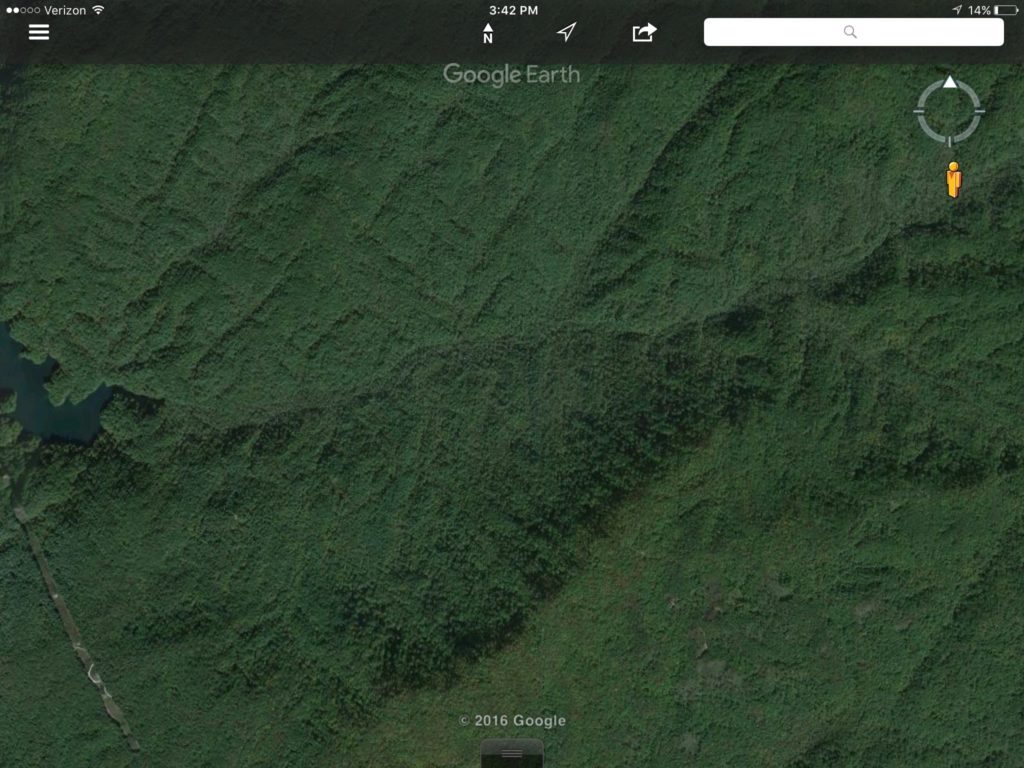 Our group hiked twenty miles through this wilderness – traversing most of that distance on Friday afternoon and a very humid Saturday morning.

Accompanied by flitting Monarch butterflies, buzzing swarms of yellow jackets (our group had four stings) and the sound of water rustling through dozens of creek beds and waterfalls, we made our way from the trailhead all the way to the shores of Lake Jocassee – encountering scarcely a half dozen humans on our trek.

It was exhausting.  But exhilarating.  Scary.  Yet somehow soothing.

And as the handful of pictures I took attest, it was beyond gorgeous. 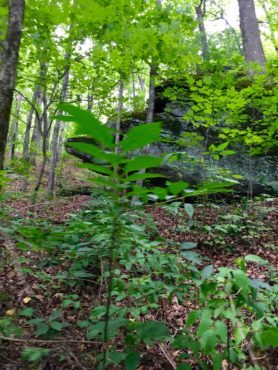 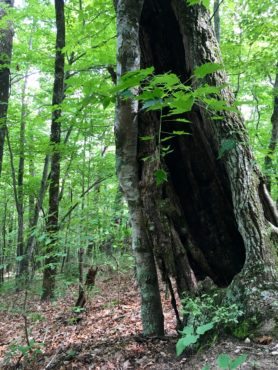 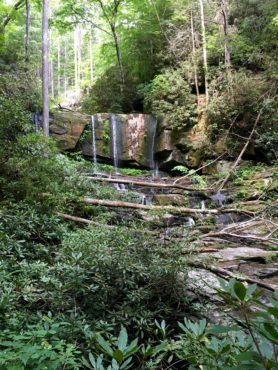 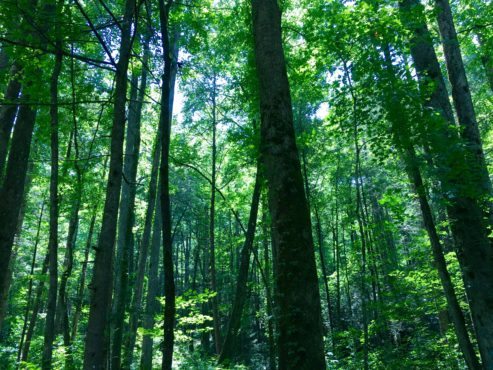 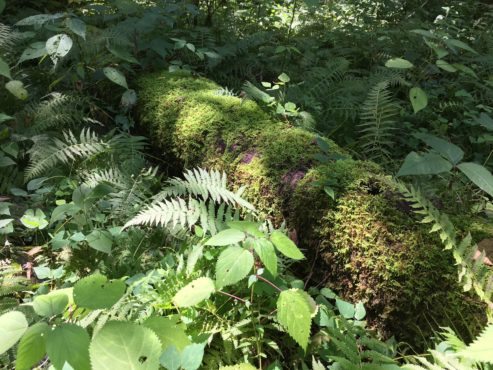 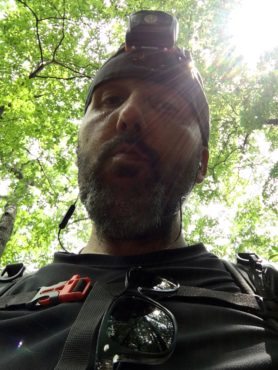 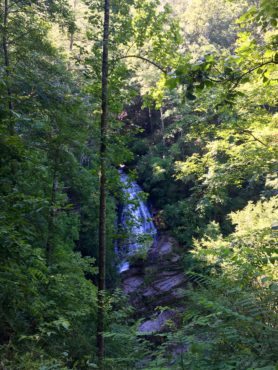 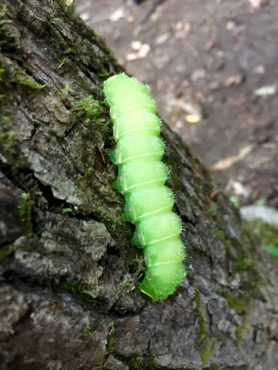 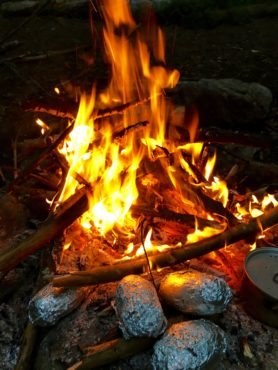 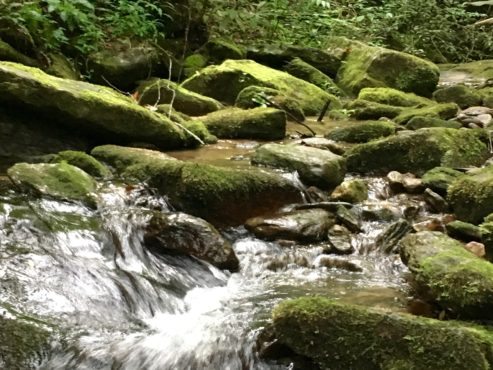 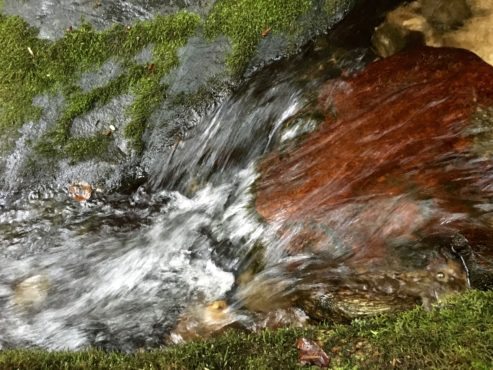 With each step deeper into this lush forest – replete with all sorts of distinctive flora and fauna – the concerns of the real world took a backseat to more immediate considerations.

Worries over emails, texts and voice messages were quickly replaced by the need for water, wood, fire and food. Or shelter from the thunderstorms that rolled through like freight trains.

Distress over missed deadlines no longer mattered – what mattered was making sure you planted your foot properly so as not to fall off the edge of a cliff.  Instagram pages weren’t checked, but the creekside mud holes were scanned every few seconds for copperheads.   Reminders about the next day’s memos or conference calls gave way to the nightly “bear bag” ritual – in which all the food in our camp was marched off into the woods and hung high above a tree so as to keep black bears from paying unannounced nocturnal visits.

Priorities changed, in other words.

The best part of the trip?  The total lack of connection.  Once you pass by Pumpkintown, S.C. on Highway 8 northwest of Greenville, you are about as likely to get cell phone coverage as Hernando de Soto‘s men in 1539 or James Moore‘s British expedition in 1690.

There’s really no point even bringing a phone to Jocassee Gorges … you are unreachable there.

Oddly, I found this total separation from reality every bit as refreshing as the cool waters of Lake Jocassee, where our crew enjoyed a lengthy, relaxing swim following a particularly grueling five-mile stretch of hiking.  It turned out that what I had been dreading – the inability to stay connected and stay caught up on my work – wound up being the best part of this journey through South Carolina’s beautiful backyard.

Well, the second-best part: Absolutely nothing could rival the pride I felt watching my eldest boy complete every step of the journey alongside me.

Yes, I fell behind on my work (and am absolutely paying the price for it this week).  And yes, this post is probably not going to draw the same number of eyeballs as the next big Palmetto political scandal I write about.

But I will forever be grateful that I did take the time to get lost … if only for three days … and would encourage anyone feeling chained to our contemporary existence to do the same.