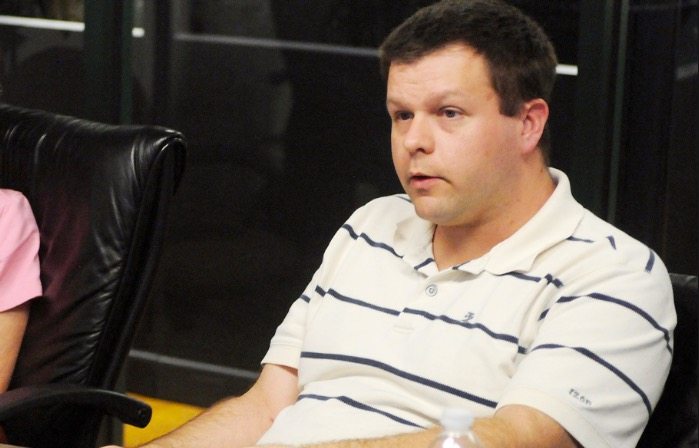 Not only that, the self-described “Honey Badger of American Politics” is reportedly suing Griffith – the dog’s original owner – for “emotional damages,” claiming she’s the one who stole the animal from him when they separated last August.

That transfer was supposed to have taken place on July 2, but Kincannon failed to show up with the dog.  In fact he hasn’t been seen since.

The dog was allegedly abducted by Kincannon three months ago after Griffith permitted him and his family to keep the animal one weekend while she was out of town.  Additionally Kincannon’s mother – Roxie Kincannon – has been accused of making the animal’s safe return contingent upon Griffith signing some sort of “canine custody” agreement, which she has refused to do.

Griffith owned the animal for three years prior to marrying Kincannon in 2013, however Kincannon claims in court pleadings that Griffith told him he could keep the dog in the event the couple ever split up.

“As Kincannon grew attached to Noodle, (he) told Griffith that he was concerned about what would happen if he and Griffith ever broke up,” Kincannon wrote in his complaint against Griffith, which was filed this week in Greenville County’s court of common pleas.  “Kincannon and Griffith agreed that in any breakup or estrangement scenario, Noodle would remain with Kincannon.”

Based on this, Kincannon claims Griffith “breached her contract” with regard to the dog – permitting him to gain custody over the animal and seek “punitive damages” as well as damages for the “mental anguish” he has been caused.

Kincannon’s license to practice law in South Carolina was suspended last August, but he is still permitted to represent himself in legal matters.

In addition to being in violation of the judge’s order regarding the dog, Kincannon missed a preliminary hearing related to criminal domestic violence charges filed against him in the aftermath of this bizarre incident last spring.

Also, his usually rapid-fire Twitter account has been silent since June 30 – the day he failed to show up for a preliminary hearing on his CDV charge.