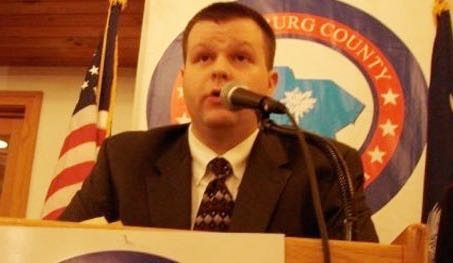 || By FITSNEWS ||  Todd Kincannon – a former South Carolina “Republican” party official who brands himself as “the honey badger of American politics” – is making national news again.  Only this time it’s for something other than his controversial social media pronouncements …

The prominent Columbia, S.C. attorney – whose deliberately provocative tweets have inflamed America’s liberal intelligentsia – was involved in a domestic incident on Thursday evening with his wife, Ashely Suzanne Griffith.

According to The (Charleston, S.C.) City Paper – which broke the story – Kincannon threatened Griffith and refused to let her out of his car after the two had an argument.

“Ashely … called her mother for help and attempted to call 9-1-1 with an open line in order for the dispatcher to hear (Kincannon),” the report continued.  “While driving, (Kincannon) saw a police vehicle and ‘freaked out.’ (He) threatened he would drive the car into a concrete barrier if the cops became involved.  In addition, (Kincannon) also threatened to kill himself if Ashely left.”

According to Kincannon, he doesn’t remember anything that happened because his body was “accidentally overdosing” on the drug Benzonatate – which he claims to have taken in an effort to deal with an upper respiratory infection.

“Basically, I went completely crazy after taking it,” he told the City Paper.  “I don’t even remember all of it. My wife called 911 because she was worried about me and my behavior was way out of character and erratic, and she was afraid for her safety and mine.” 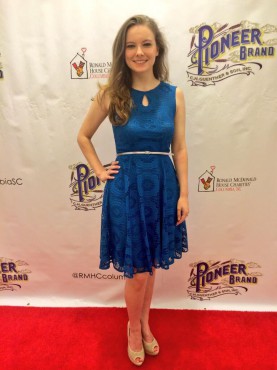 But was his behavior really “out of character?”

In her statement to police, a visibly “trembling” Griffith said Kincannon “has made several threats in the past to kill himself, her, and her family.”

Griffith also told police “she has past incidents of domestic violence and threats of homicide/suicide recorded.”

Kincannon did not respond when the City Paper quizzed him about those allegations – which obviously call into question his whole “accidental overdose” theory.

Sources close to the relationship – including a close friend of Kincannon’s who participated in his wedding two years ago – tell FITS they are concerned for Griffith’s safety.

“It’s a toxic relationship,” Kincannon’s friend told us, declining to place the finger of blame on his buddy but adding, “she should probably get out now.”

Another Palmetto politico told FITS he was concerned for Griffith’s safety because Kincannon was “crazy” and “heavily armed.”

“(Kincannon is) the type who’d show up somewhere and pull her out by her hair,” the source said.

Of course one of Kincannon’s fellow “Republicans” told FITS he wasn’t “a bad guy, maybe just a little off.”

“She doesn’t have anything to fear from him,” another former SCGOP staffer told FITS.  “He’s harmless.  He’s not going to hurt her – or himself.  All that’s being overblown in liberal rags to hurt his image.”

Of course we’ve also always liked Kincannon.  He’s a brilliant guy – and we’ve always felt his participation in the marketplace of ideas (however crazy) was a good thing.  He stirs the pot – and his over-the-top rhetoric drives the far left apoplectic.

We can ‘t help but enjoy that part of his persona … to the extent the insanity remains confined to tweets.

Of course we’ve also heard plenty of stories about his erratic nature in real life … including allegations of “controlling” and “threatening” behavior toward Griffith which now have been corroborated by Griffith herself in a police report.

Obviously there’s a lot more to this than just an “accidental overdose” to a drug – which leads us to believe Griffith would be wise to extricate herself from this marriage, and Kincannon would be wise to let her go with a minimum of fuss.

Toxic relationships cannot be fixed … they can only add explosive force to existing combustibility.