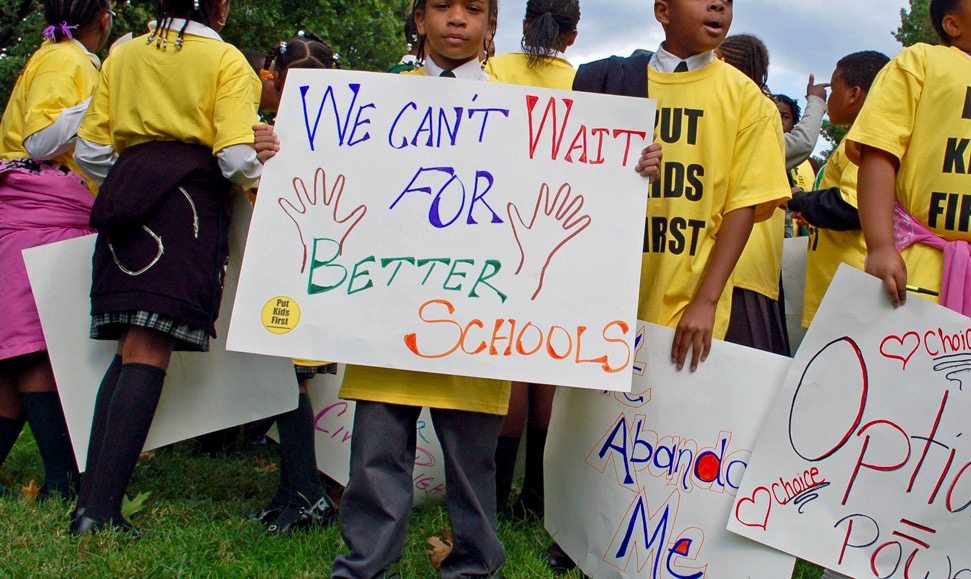 Of course there was some redeeming language included in the document, too – especially as it relates to the issue of education.

“Republicans” are broadly – and specifically – calling for expanded parental choice in education.  They are also openly acknowledging the failure of over-funded “one size fits none” government-run schools.

Not only that, the platform says expanding access to a more diverse array of learning environments is “one of the greatest civil rights challenges of our time.”

“A young person’s ability to succeed in school must be based on his or her God-given talent and motivation, not an address, ZIP code, or economic status,” the platform stated – arguing that “enormous amounts of money are being spent for K-12 public education with overall results that do not justify that spending level.”

In its ruling, the court expressly noted that mountains of new taxpayer money had failed to improve this situation.

Indeed.  South Carolina pumps billions of dollars into its government-run system each year … yet receives diminishing returns on that investment.

How much money are we talking about?  Well, not including tax-hiking bond referendums (such as this corrupt scam up in Spartanburg, S.C.), annual spending on South Carolina’s failed government-run system has soared from $7.4 billion to $9.8 billion over the past six years.

Astoundingly, “conservative” South Carolina governor Nikki Haley has responded to the state’s increasingly costly academic slippage by proposing … wait for it … more government.  Specifically, Haley has outlined a massive new spending spree for government-run schools – one that would be financed by constitutionally-dubious borrowing.

In advancing such a proposal, Haley is literally throwing good money after bad … and doing so in direct contravention of her own party’s platform.