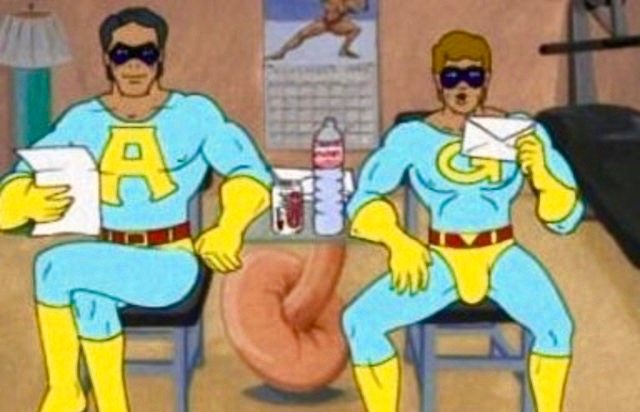 The federal government wants to spend $1.25 million on a superhero cartoon series that will teach young people in Pakistan to eschew terrorism … and embrace the virtues of “living a healthy, drug-free lifestyle.”

“This series would inform, educate, and positively influence Pakistani youth in an entertaining and engaging manner,” according to a grant solicitation obtained by reporter Elizabeth Harrington of The Washington Free Beacon.

“The agency hopes the superhero cartoon will appeal to teenagers in Pakistan and persuade them to not join terrorist organizations,” Harrington noted.

Right … because a Pakistani kid whose family just got accidentally droned to death is clearly capable of being “de-radicalized” by a superhero cartoon.

Anyway … according to Harrington, the cartoon series would be funded by the U.S. State Department’s International Narcotics and Law Enforcement Affairs (INL) department – which means it would technically fall under the purview of the government’s failed War on Drugs.

“The series will incorporate social messaging that reinforces INL goals, such as counternarcotics, gender equality, the role of police in civil society, a fair criminal justice system, anti-corruption, religious tolerance, and other topics that promote security and stability in civil society,” the agency stated.

To be clear, $1.25 million is not a lot of money when you consider the United States government is in debt to the tune of $19.3 trillion – but that doesn’t mean our leaders get to blow it on pure, unadulterated bullshit.

Which is exactly what this is …

UPDATE: Come on.  The headline isn’t homophobic.  It’s a nod to Ace and Gary, yo.