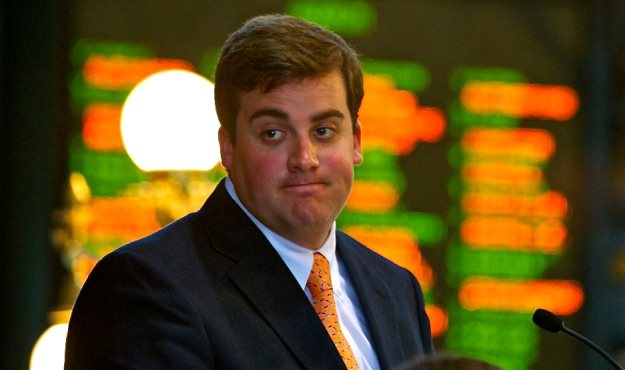 “I’ve been approached about it,” Brown told FITS, although he quickly added “I’m nowhere near jumping in.”

Brown, 27, served a pair of terms in the S.C. House during which time he actually proposed some sensible ethics reform legislation. He was also one of the most aggressive critics of S.C. Gov. Nikki Haley, repeatedly getting under the first-term chief executive’s skin. In fact Haley referred to Brown derisively as the “Lawmaker of Five Points” during an exchange over her recent appeasement of the state of Georgia’s port expansion plans.

Mulvaney – who upset powerful U.S. House budget committee chairman John Spratt in 2010 – won reelection convincingly in 2012. He is one of the most aggressive critics of Washington, D.C.’s broken bureaucracy – not to mention one of the most reliably pro-taxpayer, pro-free market, pro-liberty votes in the entire nation.

While Democrats are eager to pick up seats in the U.S. House, Brown’s bid against Mulvaney might actually undercut their bigger objective in South Carolina – which is upsetting Haley.

If Brown runs, it means Mulvaney will run a full-scale campaign next year – one which will no doubt include a massive “get out the vote” (a.k.a. “GOTV”) effort aimed at dramatically boosting GOP participation.

That’s not going to help Sheheen … who would prefer as few competitive congressional races as possible next year.