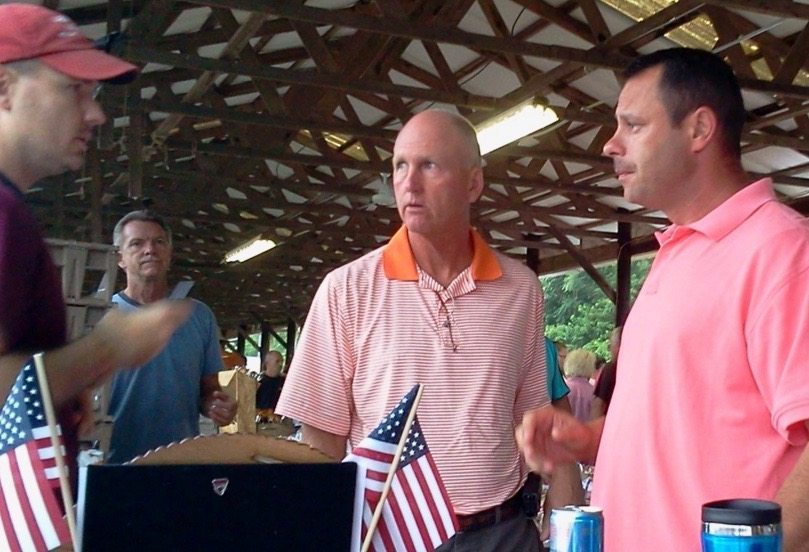 Former S.C. Rep. Rex Rice of Pickens County will once again challenge powerful S.C. Senator Larry Martin for a seat in the Palmetto State’s upper chamber … except this time he will run as a “Republican.”

Rice ran against Martin in 2012 as a petition candidate – a bid which benefited substantially from the efforts of Liber-TEA, a political organization created by this website’s founding editor.

Obviously we’re not fans of Martin – a former Democrat who has been a reliable vote for uber-liberal S.C. Senate leader Hugh Leatherman.  In fairness, we weren’t overly enamored with Rice, either.   He just struck us as the lesser of two evils.  And as it happened some people who didn’t want their fingerprints on various attacks against him decided to use us as a way of getting at him.

Wait … did we just write that?

Not sure if we’re supposed to be saying that out loud or not … oh well.

In addition to Rice another candidate – Donald Josyln – is reportedly seeking the seat.   We don’t know much about him, although we’re told Martin’s political team has been busy digging into his background.

S.C. Senate District 2 – map here – is located in the socially conservative Upstate region of South Carolina.  It includes the towns of Pickens and Easley.  It’s a district that’s been hit hard by the decline in manufacturing jobs in the Palmetto State – meaning it ought to want a true pro-free market champion representing its interests.

There, fixed it for you, you fucking mutt, scumbag.

Yo…Larry—that’s right—YOU, Martin, who voted to rip the flag of patriots down to be Joe Wilson PC

Larry Martin; would you leave your kids or grand kids alone with someone who looks like that? Then why would you vote him into a position where he makes the laws you, your kids, and your grand kids will have to live by?

I have a friend who spent about five hours peppering Donald Josyln with questions from every angle. Josyln is right (correct) on life, guns, and taxes. Happy to support him.

Running it up the flagpole to see if anyone salutes.