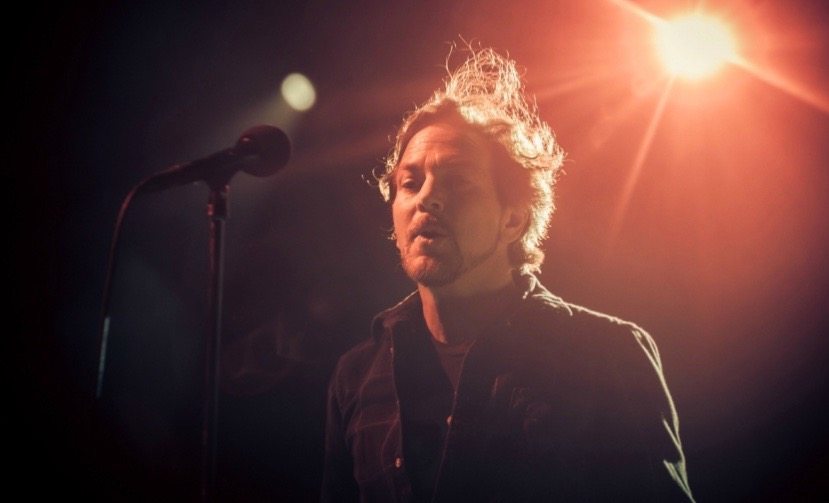 Vedder addressed the crowd at the Colonial Life Center during the band’s 32-song set – saying he was displeased with Bright’s support for legislation that would ban municipalities from setting their own restroom policies regarding transgenders.  He said North Carolina’s law on this particular subject was the reason the band canceled a scheduled show in Raleigh the previous evening.

“There was probably going to be a similarly good-looking group in Raleigh,” Vedder said. “We didn’t get to play there. And that was tough, that was really tough. And if you’re bummed out at us for having to make that decision and choose that was the thing we had to do, all we can tell you is it wasn’t taken lightly. If you question the timing of it, why it was so late, it was because we were truly and honestly trying to do everything we could do to still play, until the final decision.”

“The thing is,” Vedder continued, “you’ve got a similar thing happening here, I believe it’s called S. 1203, and you’ve got a guy, is his name Lee Bright? And you’ve got similar things happening in Minnesota and Michigan and Atlanta, in Georgia. You know, again, we apologize, but we also feel like we understand now that sometimes it takes a certain amount of sacrifice to take care of other people and their rights. It could happen to you. It could happen to me, and we need to protect each other just like we are here tonight.”

… and here’s his band’s official statement on the matter.

We applaud Vedder and Pearl Jam … of course we also applaud those exercising their marketplace power by boycotting Target and other stores who similarly oppose this legislation.

This is what the marketplace is all about …

What do you think of Vedder’s remarks?  Or the transgender bathroom brouhaha in general? Post your thoughts in our comments section below …