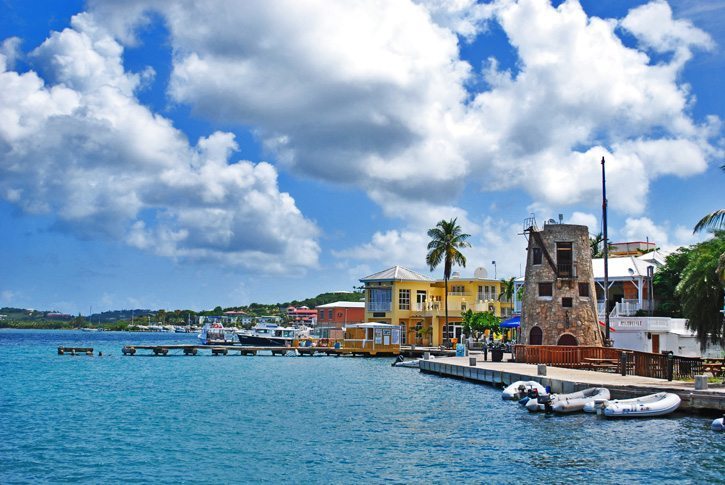 Trouble in paradise?  You betcha …

There’s a bizarre story in Politico this week detailing the drama associated with the “Republican” delegate selection process in the U.S. Virgin Islands.

Yes, you read that right: The U.S. Virgin Islands plays a role in the selection of the GOP presidential nominee – which in case you hadn’t heard is completely up in the air this year.

Nickel tour: On March 10, the Virgin Islands GOP (VIGOP) elected six unaffiliated delegates to this summer’s “Republican” national convention in Cleveland.  However the party’s chairman – John Canegata – later declared these delegates to be ineligible and moved to replace them with alternates.

According to the party’s vice chairman, a recent meeting intended to resolve the matter “ended in violence.”  In fact one party official was allegedly “slammed against the wall” and then “thrown to the floor” after reportedly objecting to Canegata’s “gestapo like tactics.”

Canegata, incidentally, was accused of brandishing a semi-automatic weapon at the delegate meeting – which was held at a shooting range he owns in St. Croix.

And you thought South Carolina politics was rough and tumble?

So far the Palmetto State’s only contribution to the delegate drama is rumored bribes involving neckties.

Donald Trump Will Blow A Gasket When He Sees These Numbers …