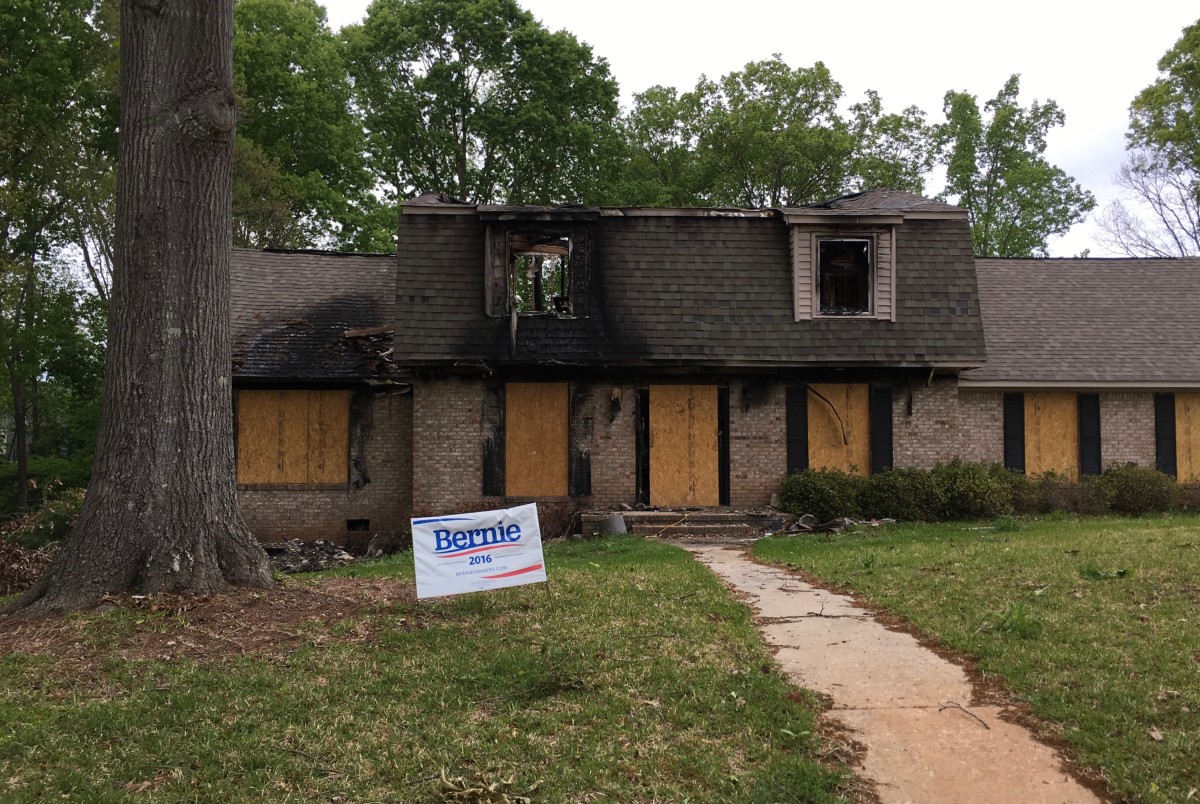 We’ve done a pair of posts this year explaining the modus operandi of socialism.  Our case studies? A Bernie Sanders yard sign (well, half a sign) … and Southeastern Conference football.

But while we’ve got the gist of its methodology down, we’ve yet to find the perfect meme to express the results of this failed command economic ideology … until now.

One of our readers forwarded us a picture of a home that was nearly burned (Berned?)  to the ground during a recent house fire.  As you can see, someone with a particularly keen (cruel?) sense of humor decided to adorn the yard in front of the house (what’s left of it) with a Bernie Sanders sign.

That’s clever … to say nothing of potentially prophetic.

Despite his full-on embrace of an ideology that runs expressly counter to the one this nation was founded on, Sanders continues to run neck-and-neck with presumed Democratic presidential nominee Hillary Clinton.

Well … at least until you count all of those “super-delegates” Clinton’s big money backers allegedly purchased.

We’re sure our readers will do a far better job of captioning this image than we did.  In fact we look forward to seeing some of their suggestions in our always lively comment boards below (and on social media).