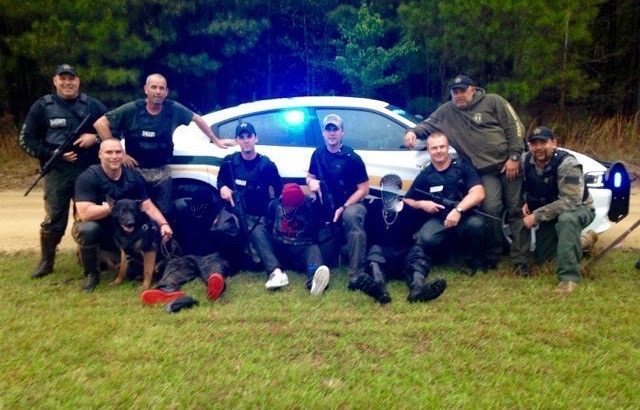 The image – posted last week on the Facebook page of a Georgia-based K-9 trainer – depicts the deputies and their K9 officer, Kane, celebrating the capture of the three alleged robbers (two of whom are black).

“Kane could not be stopped!” the trainer boasted. 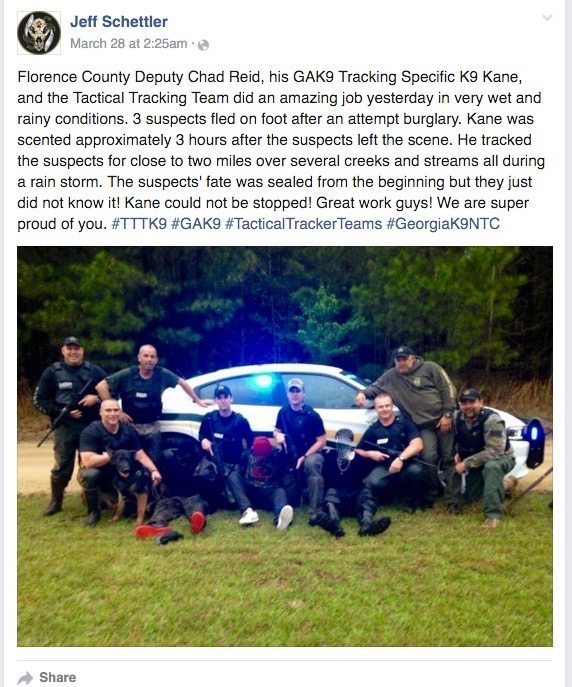 While the posed celebratory photo was obviously intended to praise the K9’s exceptional performance in tracking these three suspects – the optics are awful.

Who on earth thought that was a good idea?

Another social media post related to the incident described the three suspects as “thugs.” Florence sheriff Kenney Boone (who is running for reelection) gleefully retweeted images from the bust from the same social media poster.

Ah the perils of seeking political credit for police work …

Our guess?  The attorneys defending these three individuals are going to have a field day …

Meanwhile, Boone now has a major political scandal on his hands in what is expected to be an exceedingly difficult reelection fight.

“It’s got people in the black community so upset with good reason and people in the white community shaking their heads in disbelief at the stupidity of posting something like that,” one local law enforcement source told us.

Law enforcement is obviously a core function of government – essential to the protection of individual liberty and private property.  That’s why this website has long argued that it should be funded commensurately – and that officers should be well-trained, well-equipped, well-compensated and well-respected for the job they do.

But this sort of photo strikes us as grandstanding … irrespective of the racial element.

We asked one of our top law enforcement sources whether he thought these deputies should have posed for pictures like this with their “prey.”

“I know some places post things about drug seizures,” he responded.  “Maybe a long dog track? Still, we never did ‘perp walks’ or anything like that.”

UPDATE: The local sheriff has responded …