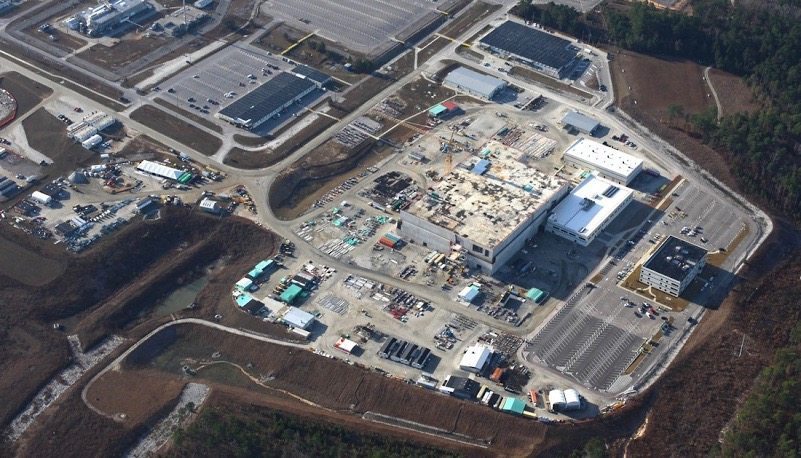 Fourteen years ago the Savannah River Site (SRS) in rural Aiken, Allendale and Barnwell counties in South Carolina was slated to become a dumping ground for America’s nuclear waste.  At the time, former S.C. governor Jim Hodges took an aggressive position against the Palmetto State receiving these toxic shipments – suing the U.S. Department of Energy (DOE) vowing to use the S.C. Highway Patrol (SCHP) to block the incoming plutonium.

Hodges went so far as to claim he would personally “lie down in the road” in front of the trucks to stop the waste from entering South Carolina.

Did that happen?  No.  The federal government won the court case … and Hodges backed down.

This week, nuclear shipments to the Palmetto State are back in the news – specifically the latest round of foreign plutonium slated to arrive in South Carolina from Japan.

That’s right: South Carolina is no longer the nation’s dumping ground … we are taking toxic waste from all over the world.

Foreign waste has been shipped to SRS for years – but the latest scheduled arrival in Charleston Harbor this month has finally sparked some criticism from nuclear watchdogs.

“We strongly object to foreign-origin plutonium coming into South Carolina when DOE’s program to manage surplus weapons plutonium is in shambles,” said Tom Clements, director of Savannah River Site Watch. “As DOE’s plutonium fuel project has totally failed, it’s time for DOE to live up to its commitment to remove plutonium from South Carolina and not bring in more with no viable disposition path out of the state.”

We agree … in fact, this website has written extensively on the multi-billion dollar mixed oxide (MOX) fuel debacle at SRS.  This facility – intended to turn weapons grade plutonium into fuel for nuclear reactors – was supposed to have been up and running in 2007 at a cost of $1.6 billion.

Astoundingly, nearly a decade later the total tab for the project has exceeded $4 billion – with eventual costs projected to top $10 billion.  And it’s still not up and running.

Last summer, DOE issued a report stating that the $400 million annual cost of maintaining the program was “inadequate,” and that an $800 million a year commitment was required.

Of interest?  An attempt was made a decade ago to shut down this controversial program – but Democrats and “Republicans” united to keep it going.  Specifically, former U.S. Rep. John Spratt – then the chairman of the House budget committee – rescued funding for the program with an assist from U.S. Rep. Jim Clyburn.

The administration of George W. Bush also supported the program – believing it would help former governor Mark Sanford‘s reelection prospects in what was shaping up as a decidedly Democratic year.

Sanford now represents the Palmetto State’s first congressional district – which will be the entry point for future waste from Japan, Germany, Switzerland and Great Britain, among other countries.

The Japanese shipment – an estimated 331 kilograms of highly fissionable material – is reportedly being transported by British warships to Charleston harbor later this month.  Its arrival and subsequent transfer to SRS is a matter of intense speculation and secrecy.

Why are we taking Japan’s plutonium?  So terrorists don’t steal it, according to the feds …

In fact we reached out to the S.C. State Ports Authority (SCSPA) seeking information about the shipment, but the agency’s leadership told us it had “no idea” about the details.

S.C. governor Nikki Haley has merely stated that she wants the twelve metric tons of plutonium on-site at SRS to be processed prior to new waste arriving.  She’s threatened lawsuits to that effect, too.

Haley is hardly the ideal spokesperson for South Carolina’s interests, though, especially given the contempt she has previously heaped on Palmetto State residents who applied for work at SRS.

This website has consistently argued that the MOX project should be abandoned.  We’ve also consistently called out the “Yucca Mountain Conspiracy,” a shady, backroom deal in Washington, D.C. which effectively shut down a nuclear waste repository in Nevada and cost U.S. taxpayers (especially South Carolina taxpayers) billions of dollars in the process.

Bottom line?  South Carolina and her taxpayers have been used and abused by the federal government at every step of this process … with our elected officials showing precisely zero leadership in response.  In fact they have enabled the debacle.

As a result, over the next seven years we will continue to see dangerous shipments of nuclear waste routed through Charleston harbor en route to SRS with absolutely nothing resembling a long-term disposal agreement in place.

DOE recently indicated its intention to send six metric tons of stored plutonium from SRS to a facility in New Mexico, but this transfer is nothing but further confirmation of the abandonment of the MOX program – which was subsidizing an estimated 2,100 South Carolina jobs.