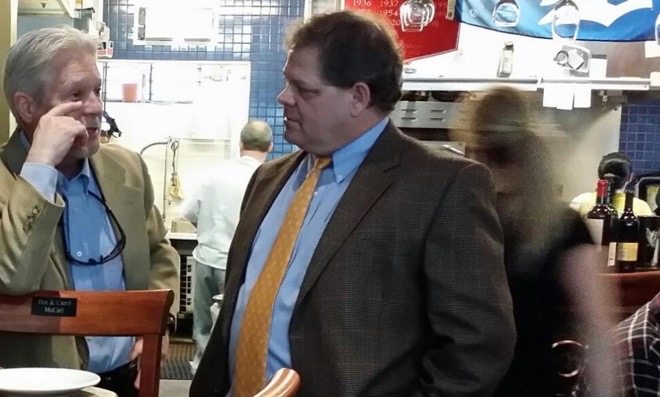 Last month, this website published an exclusive report on a riot that took place at the S.C. Department of Juvenile Justice (SCDJJ).  Our reporting prompted a legislative investigation – and further revelations attesting to the depth this agency’s problems.

SCDJJ is a cabinet bureaucracy – meaning it is the responsibility of governor Nikki Haley.

Unfortunately, Haley was busy campaigning on behalf of failed establishment presidential candidate Marco Rubio at the time the riots took place – so she was caught off guard by the latest scandal in her administration.

How has she responded since then?  Well, on the same day Haley’s boy wonder threw in the towel on his presidential aspirations, the governor vented her spleen against S.C. Rep. Kirkman Finlay – one of the members of the S.C. House oversight panel that’s been probing SCDJJ.

“For him to sit there and treat public servants the way he has treated them is just beyond embarrassing, and the idea that you can go bully people who are serving and who are trying to do their job and do the right thing, and to intimidate them is right out childish and it’s rude,” Haley said, referring to Finlay’s blunt questioning of agency leaders.

Haley’s tirade – a transparent attempt to deflect the blame for the fiasco – was sad, but not surprising.

After all it’s the exact same strategy she previously employed in attempting to suppress criticism of her embattled child welfare agency, the S.C. Department of Social Services (SCDSS).

Did it work that time?  Hell no … Haley was 100 percent in the wrong on that front (and still is).  Also, she made the mistake of picking on S.C. Senator Katrina Shealy, easily one of the feistiest members of the S.C. General Assembly.

Anyway … this time the governor could have an even bigger fight on her hands.  Not only is Finlay every bit as ready to mix it up as Shealy – he’s got the full backing of his committee chairman.

In a letter sent to Haley earlier this week, S.C. House legislative oversight committee chairman Weston Newton took issue with the governor for attacking one of his subcommittee chairmen.

“While there has been emotion and intensity with questioning of the agency, the legislative process is neither quiet nor detached; rather it is a process that embraces frank debate as well as emotion,” Newton wrote.

As to Haley’s allegations against Finlay, Newton concluded his committee was “unable to discern any specific instances of lack of civility of the Subcommittee Chair during examination of the witnesses.”

“If you have a particular or specific concern, please share it with me,” Newton told Haley, adding that his committee would continue to “conduct the people’s business in an open, transparent and civil manner.”

Look: We understand Haley is frustrated that her Boy Wonder Rubio is not going to be president … which dramatically reduces her national influence and obliterates her dream of one day becoming vice-president.  We also understand she is upset over the bad press resulting from yet another one of her cabinet agencies falling apart.

But that’s no excuse to point fingers at those trying to pick up the pieces of her administration’s latest failure.

So grow up, Nikki.  And do your job.  Stop bitching and blame-shifting for once and take responsibility for something.