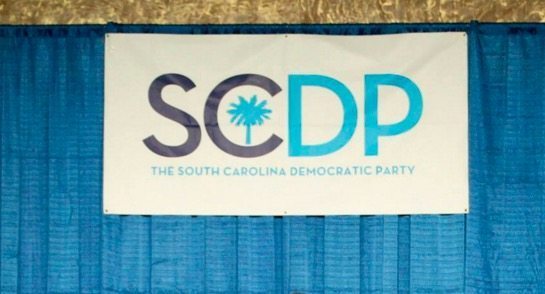 PARTY LEADERS “DISAPPOINTED,” BUT “NOT SURPRISED”

Was the executive director of the S.C. Democratic Party (SCDP) pleased to learn that former lieutenant governor Yancey McGill had bolted his party and become a “Republican?”

“It’s disappointing to learn that Mr. McGill would join a political party being lead by the likes of someone as divisive and distasteful as Donald Trump,” Jason Perkey said.

The party’s chairman, Jamie Harrison, agreed – saying “many of the Democrats in Williamsburg County and across the state (were) not surprised” by McGill’s decision.

They may be surprised by what comes next, though …

According to our sources, McGill is actively laying the groundwork for a 2018 gubernatorial campaign – as a “Republican.”

“He’s running,” a source close to the Kingstree, S.C. politician told us.

And while the Democratic establishment is clearly not enamored with McGill at the moment, we’re told many of his former party members remain supportive of him – and his future plans within the GOP.

Seriously: What have we been saying all these years?

Wedge social issues aside, there is absolutely no difference between “Republicans” and Democrats in South Carolina.  Or in Washington, D.C. for that matter.  The labels are interchangeable – meaningless.