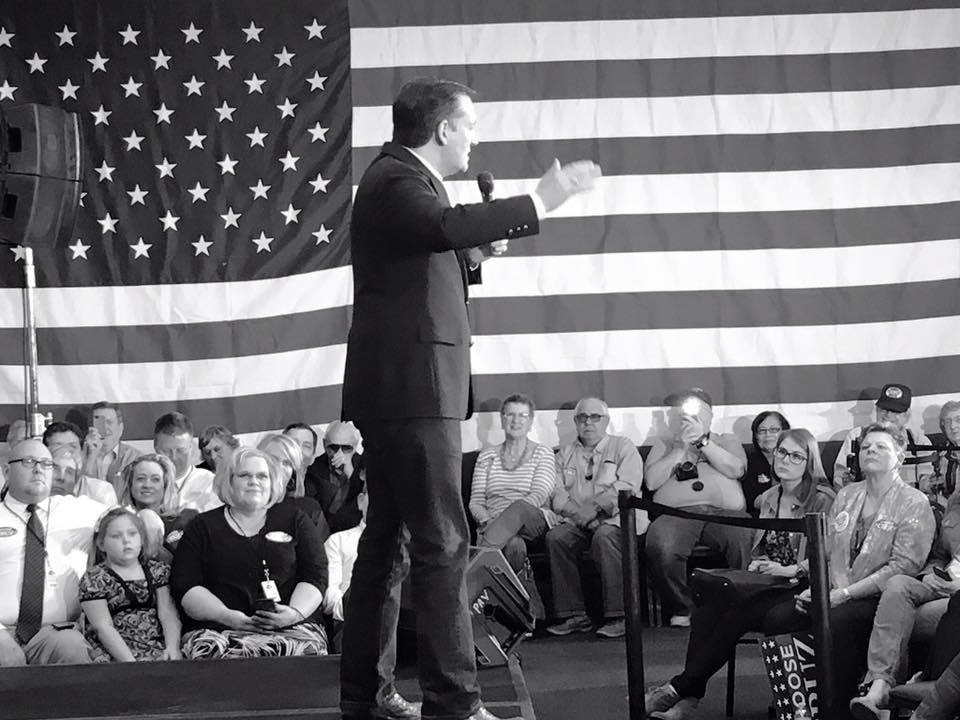 Other “Republican” U.S. Senators may be softening their positions, but Ted Cruz of Texas is adamant that Barack Obama‘s newly-named U.S. Supreme Court nominee, Merrick Garland, not be given a hearing this year.  In fact Cruz used the occasion of Garland’s nomination to reiterate his position – while taking a swipe at “deal-making” GOP frontrunner Donald Trump.

“Merrick Garland is exactly the type of Supreme Court nominee you get when you make deals in Washington D.C.,” Cruz said.  “A so-called ‘moderate’ Democrat nominee is precisely the kind of deal that Donald Trump has told us he would make – someone who would rule along with other liberals on the bench like Justices (Ruth Bader) Ginsburg and (Sonia) Sotomayor.”

According to Cruz, permitting a vote on Garland’s nomination would further empower the executive overreach of the Obama administration – including the rogue Environmental Protection Agency (EPA) and the Internal Revenue Service (IRS), the latter of which Cruz has proposed eliminating.

“Make no mistake, if Garland were confirmed, he would side predictably with President Obama on critical issues such as undermining the Second Amendment, legalizing partial-birth abortion, and propping up overreaching bureaucratic agencies like the EPA and the IRS,” Cruz added.  “We cannot afford to lose the Supreme Court for generations to come by nominating or confirming someone that a dealmaker like Donald Trump would support. Washington dealmakers cannot be trusted with such crucial lifetime appointments.”

Cruz commended U.S. Senate “leader” Mitch McConnell and Chuck Grassley – the chairman of the U.S. Senate’s judiciary committee – for “holding the line” against hearings for Garland.  Both Senators voted against Garland back in 1997 when he was nominated to the federal bench by former president Bill Clinton.

We support not giving Garland a hearing … although we find it humorous that the “Republican” Congress waited until the final ten months of Obama’s second term in office to finally draw a line in the sand on something.

Too little, too late …

Ted Cruz still thinks he is going to be either President or Supreme Court Justice. Very destructive being, is Ted Cruz. Look at this ad I just found:

He’s right. Let Hillary pick the next justice, since Cruz will never ever be president, and won’t even be his party’s nominee.

Trump now pretends to be a conservative and dumb motherfuckers believe him. Hillary thanks you.

November stands to be a very depressing month for the GOP, all the fanfare of a Trump run smashing into a brick wall as an unindicted Hillary clinches a strong victory.

Next week, she endorses a ham sandwich.

Cruz wants Hillary to pick instead of Obama.

Here’s something novel.
How about a white male Protestant that does not come from Harvard???
At least one representative of the largest demographic in the USA on the Supreme Court. Where there are only Catholics and Jewish representatives.

Plus, ban all candidates from Harvard. Give the rest of the colleges in the country at least a chance to reach parity with this rip off private judge club.

You mean like, Justice Ginsburg, Justice Alito, Justice Sotomayer, and Justice Thomas; none of whom went to Harvard.

Hmmm let’s see. Are you suggesting someone (WASP white hair old man) with an undergraduate degree from “clumson” and legal studies at Charleston School of Law with a white hood???? Makes all the sense to me. Sounds like South Carolina’s House of Representatives and Senate.

Orin Hatch last week, “President Obama “could easily name Merrick Garland, who is a fine man” to the Supreme Court; but he probably won’t do that because this appointment is about the election. So I’m pretty sure he’ll name someone the liberal Democratic base wants.”

This week, “No hearings.”

OOPS. Guess he wishes he could pull those words back. What a bunch of lying hypocrites Republicans have become.

Justice for Republicans would be Democrats taking over the Senate and President Clinton nominating Elizabeth Warren to the Supreme Court.

republicans are going to get exactly the outcome they want, as they always do. hillary clinton will be president and she’ll name a hardcore literalist, maybe mcconnell himself. yeah thats the ticket