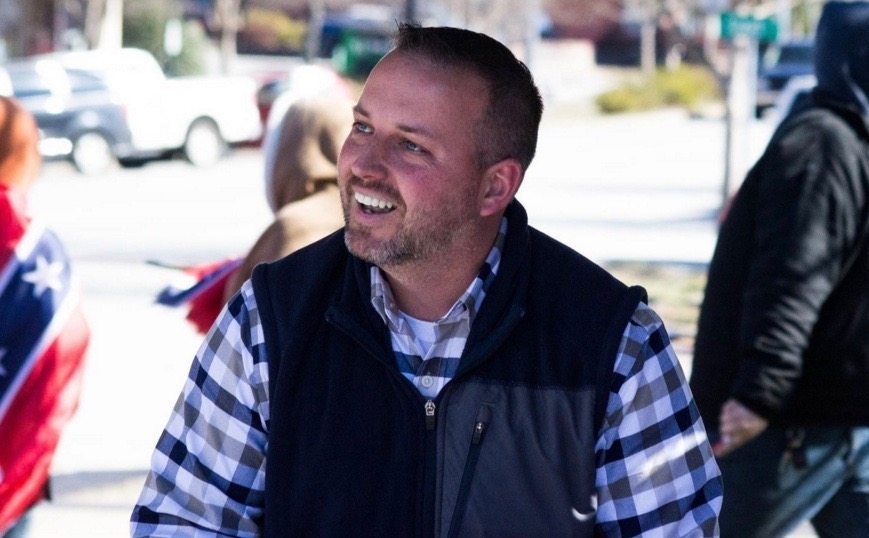 DONALD JOSLYN: “I’VE BEEN VERY OPEN AND HONEST ABOUT IT”

One of the two candidates seeking to oust incumbent “Republican” S.C. Senator Larry Martin in this spring’s GOP primary election has been arrested on multiple occasions over the last dozen years.

The incidents leading to these arrests occurred between 2004 and 2011 – however Joslyn says he was only convicted on one of the charges.

“There’s three sides to every story – one side, the other side and the truth,” Joslyn told us.

According to Joslyn, most of the drama revolves around the early days of his relationship with his wife of fourteen years (and the mother of his three children) – Amanda Joslyn. Specifically, he says he had post traumatic stress disorder (PTSD) following a tour in Afghanistan – and Amanda had a bipolar condition that doctors misdiagnosed as depression.

“You put a soldier with PTSD with a wife who has been loaded up with prescription drugs you’re going to have some conflicts,” Joslyn told us. “It wasn’t knock down drag-outs, it was simple arguments and then the system decided ‘we’re going to take charge’ and they did.”

Joslyn’s first CDV arrest occurred in November 2006 in the aftermath of a fight at a home in Easley, S.C. where his wife’s aunt lived.  According to Joslyn, he went to the home to pick up his three-year-old daughter after learning that his wife and her aunt were hosting a party involving numerous teenagers and “tons of alcohol.”

“I wasn’t going to have my little girl in that type of environment,” he said. 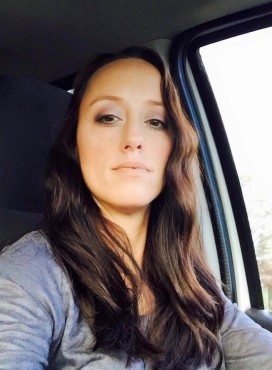 When Joslyn arrived at the house to pick up his little girl, an argument ensued and – according to him – his wife’s aunt struck him on the head with a liquor bottle.  That set off a free-for-all in which Joslyn says he was assaulted by multiple teenagers.

The ensuing melee resulted in his wife sustaining minor bruises on her leg – although Joslyn said he was not the cause of those injuries.

“They called the law and guess who goes to jail,” he said. “They said I started it.”

The CDV charge and a separate assault charge were later dropped. Joslyn’s second CDV arrest also involved an incident with his wife.

“I grabbed a cell phone out of her hand and three days later I get arrested for it,” he said.

That charge was also dropped.

The one charge that did stick?  A malicious injury to property charge that Joslyn said stemmed from a man stalking his wife.

“I slashed his tires,” he admitted.

Joslyn later pleaded guilty to that charge – and paid restitution.

“Me and my wife overcame all that over the last six to eight years,” Joslyn said. “We were young, dumb and stupid – but all that has made us better parents and better human beings.”

The Joslyns have been very open about their past – and the fact they’ve resolved their problems in spite of government’s involvement in their lives and the adverse impact of various pharmaceutical treatments on their respective conditions.

“I am thankful for a husband that would rather have his wife present and awake,” Amanda Joslyn said, referring to the medications she took that left her “manically depressed.”

Donald Joslyn said that’s why he’s not afraid of his story being “out there.”

“I’ve been very open and honest about it,” he said. “I’ve told anybody who wants to ask. I’ve even posted information about my arrest record on my Facebook page.  I’ve talked about it so much my consultant even told me ‘maybe you ought to not talk about it so much.'”

Does he worry his past might disqualify him from serving in the S.C. Senate in the minds of some voters?

“Obviously I was good to go to Afghanistan,” he said.

In addition to Martin, former S.C. Rep. Rex Rice is also running for this seat.  Joslyn said he was prepared to support Rice, but the former petition candidate told him he wasn’t running.

S.C. Senate District 2 – map here – is located in the socially conservative Upstate region of South Carolina.  It includes the towns of Pickens and Easley.  It’s a district that’s been hit hard by the decline in manufacturing jobs in the Palmetto State – meaning it ought to want a true pro-free market champion representing its interests.

“I’m just a regular Joe trying to make some noise for the people,” he said.