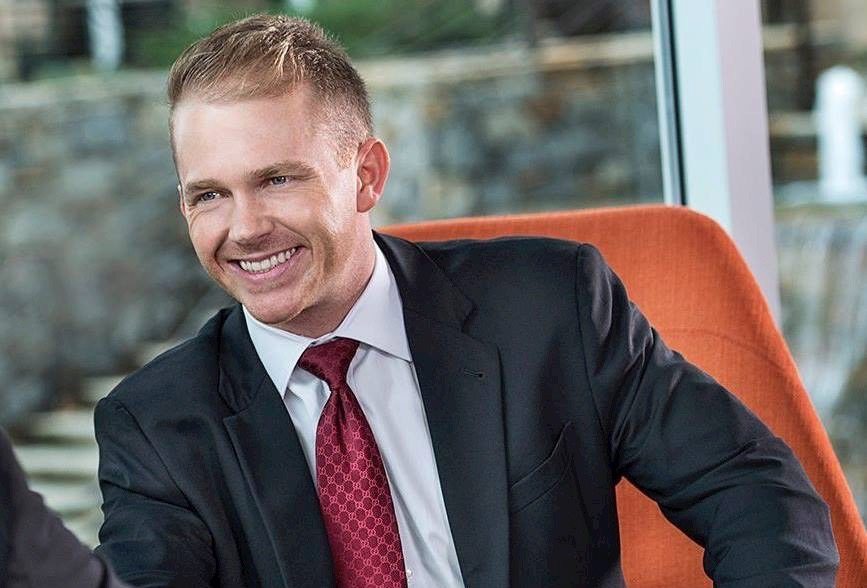 One of the candidates for an Upstate South Carolina Senate seat is touting the success of a recent introductory mail piece his campaign sent out this week.  William Timmons – who is running against incumbent S.C. Senator Mike Fair – took to his Facebook page to boast of the impact of his mailer, pictured below. 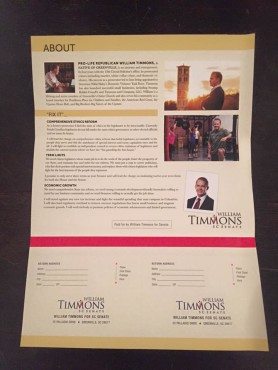 “I introduced myself to almost 24,000 potential voters today,” Timmons said. “I have received 26 calls this afternoon from people encouraging me, telling me that I have their vote, and telling me that they will tell as many people as possible to vote for me. I want to thank them for their support and I am excited about the next 97 days! Momentum is building.”

That’s roughly 0.1 percent of “potential voters” who responded to this guy’s mailing.  Not one percent, mind you.  Zero point one percent.

Momentum?  No … not unless you learned your math in a government-run school in South Carolina.

Perhaps it’s “Marcomentum,” something Timmons knows a lot about given his aggressive advocacy in the Palmetto State on behalf of liberal U.S. Senator Marco Rubio of Florida.

Speaking of “South Carolina math,” only around 6,000 people voted in the last “Republican” primary for this seat. Meaning Timmons has done some seriously expensive overkill.

“Timmons sent mailers to registered democrats, independents, and the best list I could find at least 1,500 people who moved or died,” one source familiar with the mailing told us.

Timmons has raised roughly $131,000 for his bid – although the vast majority of that came in the form of a $100,000 loan he received from the United Community Bank last November.