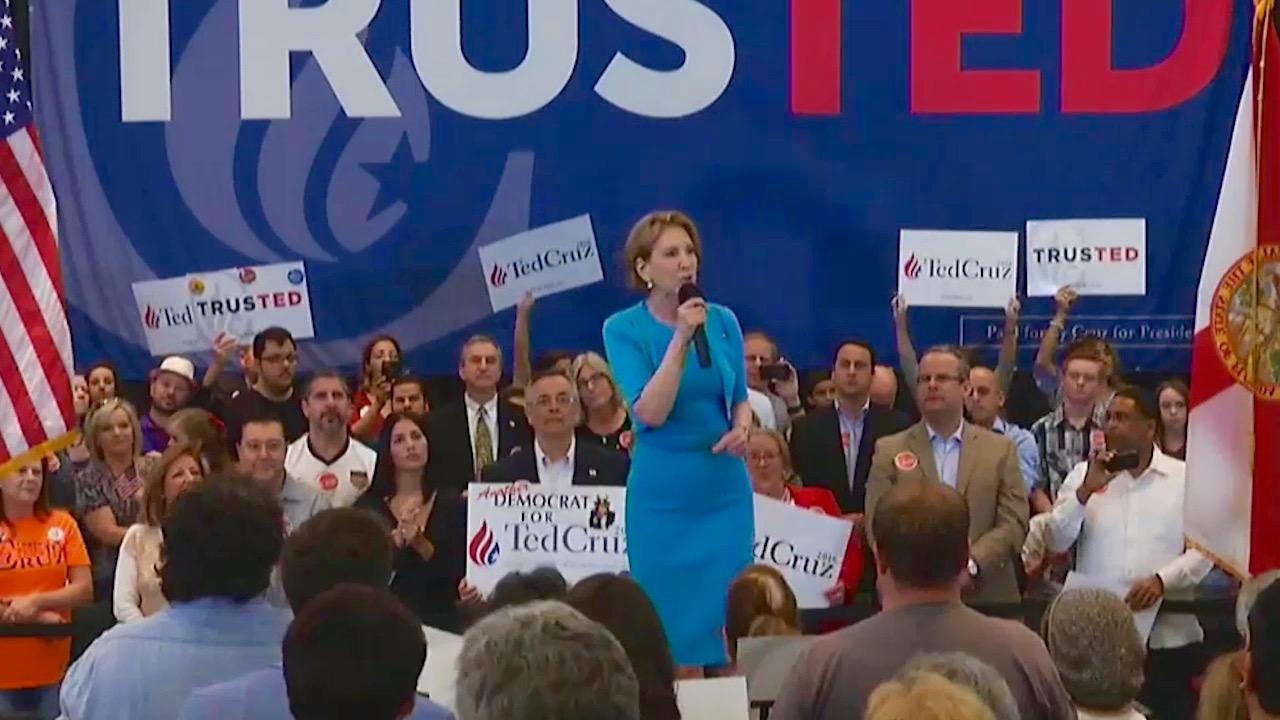 “Ted Cruz is a fearless fighter for our constitutional rights,” Fiorina said in a statement endorsing Cruz.  “He has spent his life protecting Americans’ God-given liberties, and he has always stood by his word. Unlike the status-quo political class in D.C., Ted Cruz didn’t cower when he got to Washington – he stood unequivocally for the American people.  I know Ted, and he’ll do the same as president.”

Neither Fiorina’s statement – nor Cruz’s gushing response to it – made any mention of current GOP frontrunner Donald Trump.  Nor were there really even any veiled references to Trump, although Cruz did reference that his campaign would “continue to unite conservatives.”

Their early choice, former Florida governor Jeb Bush, dropped out of the race last month and their current choice – U.S. Senator Marco Rubio – is in the process of similarly humiliating defeat.