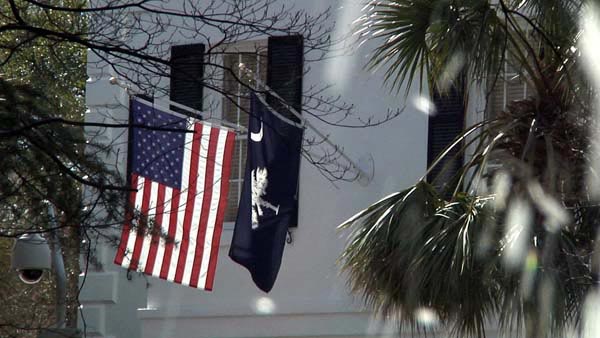 It’s been awhile since we last checked in on the crowded field of prospective GOP candidates for governor of South Carolina in 2018.  Second-term “Republican” governor Nikki Haley is constitutionally limited to two terms in office … and judging by the outcomes of her tenure in office, that’s probably a good thing.

Government spending in the Palmetto State has soared under Haley … but South Carolinians remain dirt poor and underemployed.  So while it may be a “great day in South Carolina” for the crony capitalists receiving government-funded corporate welfare, those of us paying the tab for those bailouts continue to struggle.

Despite her failure to generate real income or employment growth, Haley remains relatively popular in her home state … meaning she and her team of political advisors will have some sort of impact on the upcoming race.  And besides, Haley’s got nothing better to do now that her 2016 presidential choice – U.S. Senator Marco Rubio of Florida – has completely imploded.

Who will Haley support leading up to the 2018 race?  Well, there’s been speculation that she might get behind Orangeburg, S.C. businessman Mikee Johnson – who is said to be mulling a bid.  Johnson is a longtime Haley backer and crony capitalist extraordinaire, as evidenced by his role as chairman of the S.C. Chamber of Commerce.

She and her consultant – Rubio SuperPAC pollster Jon Lerner – might opt to support someone with legislative experience instead.  In fact there was rampant speculation this week that S.C. Rep. Kenny Bingham – who made a surprise announcement that he would not seek another term in the S.C. House in 2016 – could be among those being eyed by Haley and her team for a 2018 gubernatorial run.

Bingham’s status is noteworthy seeing as his political destiny in the past has been closely linked to “The Quinndom” – the neo-Confederate empire of veteran “Republican” consultant Richard Quinn.

Quinn has long been presumed to favor current S.C. attorney general Alan Wilson as his candidate of choice for governor in 2018.  In fact, concerted efforts have been underway to position Wilson for a gubernatorial bid – although his ongoing inability/ refusal to do his current job seems to have complicated those efforts.

Still, the monolithic support of “The Quinndom” behind Wilson appears to be what drove S.C. lieutenant governor Henry McMaster to bolt the consulting empire last month – dramatically declaring his independence from the firm with a surprise endorsement of the presidential campaign of Donald Trump.

“No one is going to tell Henry it’s not his turn to be governor,” one national operative watching the South Carolina race told us this week.

Both Duncan and Mulvaney are in safe congressional seats, though, and would be taking a big risk were they to give up those seats to run for governor.

Looking at the state legislature, there is no shortage of possible candidates – in keeping with the old saying “every lawmaker looks in the mirror and sees a governor.”  One of these lawmakers – S.C. Rep. Tommy Pope – has already announced his candidacy, although he is not viewed as a top tier prospect.

Who is?  S.C. Senator Tom Davis, who is all the rage among conservative activists in the Palmetto State following his second successful filibuster of a proposed gas tax increase.  Same goes for S.C. Rep. Kirkman Finlay, a reform-minded lawmaker who has been gaining support among House members – and who has the ability to self-fund his candidacy, should he choose to run.

The wild card in the race?  Catherine Templeton – the former director of the S.C. Department of Health and Environmental Control (SCDHEC).  Assuming she runs, we believe Templeton would make an extremely formidable candidate – and we continue to hear she is increasingly serious about getting into the race.

“Her narrative, her knowledge, her retail political skills, her fundraising potential – she has all the tools,” our national operative said of Templeton.

We still hear persistent rumors about former S.C. governor Mark Sanford – who has a million dollars just sitting in his statewide account – but we don’t see any scenario in which Sanford could ever be taken seriously as a gubernatorial candidate again.

Obviously it’s very early – and the names above are likely to change.  What’s important to watch, though, are the orbits into which certain names get plugged.  In other words, who will assume the “outsider” mantle?  Who will vie for the support of the GOP “establishment?”

It should be a fascinating race to watch …