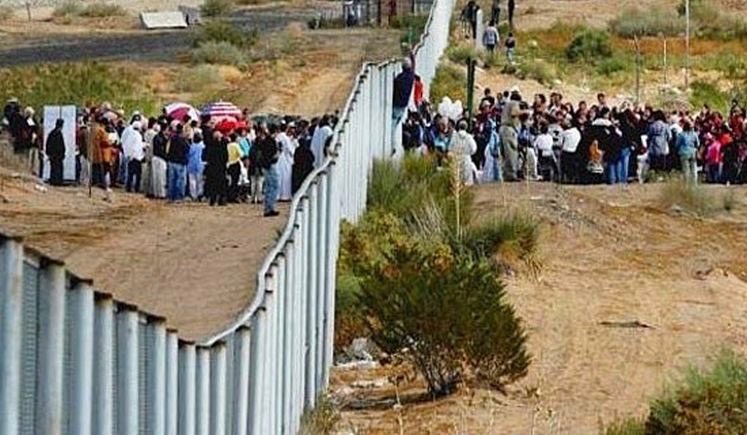 The United States is home to a whopping 61 million immigrants and immigrant children, a new study by the Center for Immigration Studies has concluded.  That’s one out of every five people living in the country – compared to one out of fifteen less than half a century ago.

In fact 18.4 million new immigrants have arrived in the United States over the last fifteen years alone.

“While the national debate has focused on illegal immigration, the enormous impact of immigration is largely the result of those brought in legally,” the report’s authors asked.  “These numbers raise profound questions that are seldom asked: What number of immigrants can be assimilated? What is the absorption capacity of our nation’s schools, health care system, infrastructure, and, perhaps most importantly, its labor market? What is the impact on the environment and quality of life from significantly increasing the nation’s population size and density? With some 45 million legal immigrants and their young children already here, should we continue to admit a million new legal permanent immigrants every year?”

Those are very good questions.  They also go to the very heart of what we were saying in our recent post opposing controversial refugee resettlement programs.

Wasting little time in seizing on the new data?  Donald Trump, the brash GOP frontrunner whose aggressive opposition to illegal immigration has vaunted him to the top of the “Republican” ticket.

“Record rates of immigration have produced lower wages and higher unemployment for U.S. workers,” Trump said in a statement.  “Pew polling shows 83 percent of all voters – Democrats, Republicans and Independents – think immigration should be frozen or reduced.  The biggest beneficiaries of allowing fewer foreign workers into our country would be minority workers, including all immigrants now living here, who are competing for jobs, benefits and community resources against record waves of foreign workers.”

“In addition, it would relieve overcrowding in our schools and hospitals that afflict our poorest communities,” he said.

According to Trump, his main rivals for the GOP nomination – U.S. Senator Ted Cruz of Texas and Marco Rubio of Florida – have failed to lead on this issue.  In fact, he accused them both of moving in the opposite direction.

“Senators Cruz and Rubio have led the charge for even higher immigration rates – a policy supported by only 7 percent of the Republican electorate,” Trump said.  “When I am President we will listen to the people – not the special interests – and get immigration numbers under control, as the voters have demanded.”

This website hasn’t breathed fire on the immigration issue in the past, but we’ve consistently rejected amnesty and government benefits for those in the country illegally.  Clearly this study raises a whole new question: The growing problem associated with legal immigration.

The new report – based on government data – is just the beginning of that problem, as the federal government is planning to issue a whopping 10.5 million green cards over the next decade, according to data released by a U.S. Senate subcommittee last August.

Related Topics:Donald TrumpIllegal ImmigrationImmigration
Up Next

What Americans Should Be Worried About