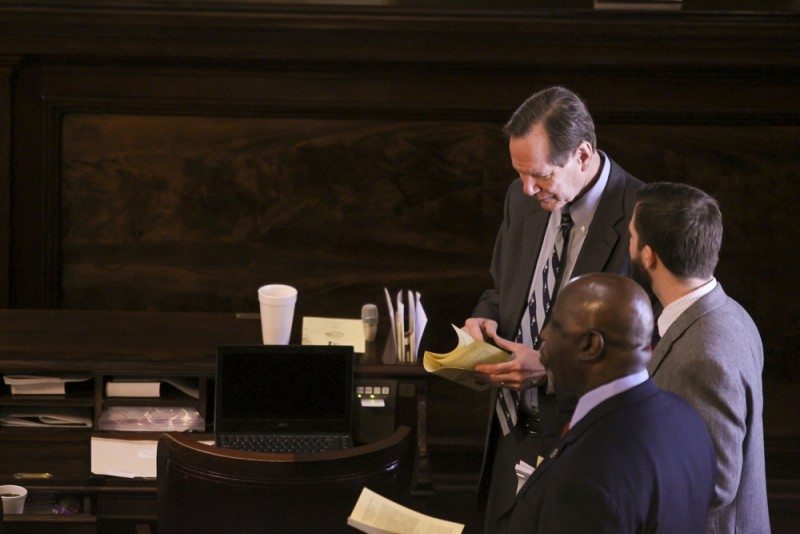 We’ve always said the real anger under the S.C. State House dome wasn’t between “Republicans” and Democrats – they are generally in agreement on growing government – it’s between Representatives and Senators.

Lawmakers love to blast each other for not “getting stuff done,” although let’s be honest: The less accomplished by state government, the better.

This week there’s a big spat between outgoing liberal Senator Ray Cleary and the chairman of the S.C. House of Representatives’ powerful judiciary committee, Greg Delleney.  The drama began when Cleary sent Delleney an angry letter saying he was “stymied” at the House’s failure to pass one of his bills – a piece of legislation aiming to provide immunity to physicians providing free (i.e. government-subsidized) health services.

Delleney responded, saying he, too, was “stymied.”  As were other members of his committee, apparently (seems we’ve got an epidemic of people being “stymied” going on here).

“Much of my committee is ‘stymied’ by the fifty pieces of legislation that we reported out of the House Judiciary Committee and then subsequently passed by the entire House of Representatives which have yet to receive final consideration by the Senate,” Delleney wrote.

Delleney added that he was further stymied “by the idea that a single bill could be so essential to you that you are willing to turn a blind eye to the diligent work my Committee has done over the past year.”