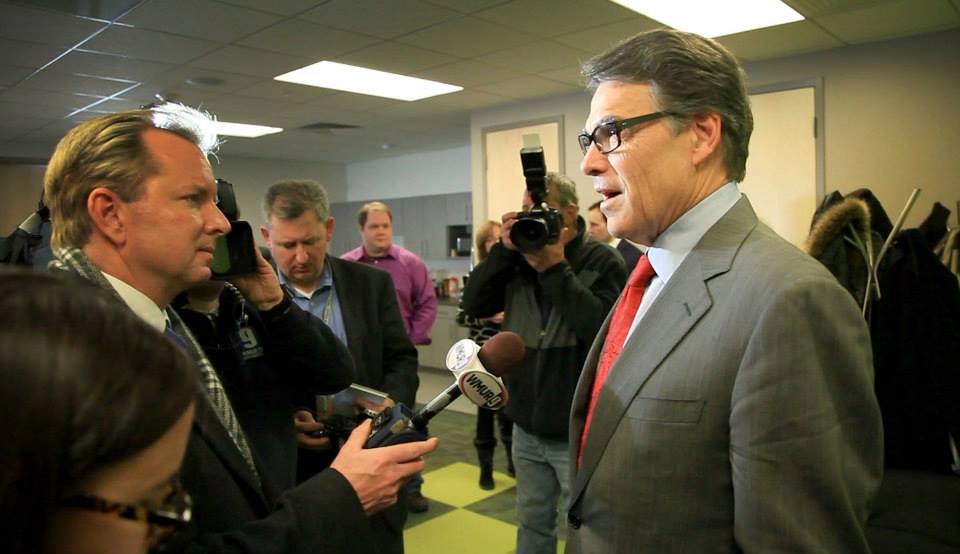 This website has little use for former Texas governor Rick Perry.  But we’ve got even less use for U.S. Senator Marco Rubio of Florida – the new golden boy of the “Republican” establishment.

Perry has been in early-voting South Carolina campaigning on behalf of U.S. Senator Ted Cruz of Texas.  Over that time he’s apparently gotten an up close and personal look at Cruz’s “conservatism of conviction” (presumably NOT in a dark closet).

What else has he seen/

“While here I’ve also seen firsthand the deceptive, negative tactics being employed by the Rubio campaign and their allies to mislead voters on where Ted Cruz stands and to distract from Rubio’s own problematic record of supporting liberal issues,” Perry said in an election day statement released by Cruz’s campaign.  “The Rubio campaign has hypocritically and falsely accused the Cruz campaign of negative push polling, while at the same time hitting South Carolinians across the state with their own negative and inaccurate push polls against Cruz.”

Perry also claimed Rubio’s campaign was “papering Cruz events with negative, misleading literature – even at rallies to honor our veterans, including my good friend Medal of Honor recipient Dakota Meyer.”

“They are doing this because Sen. Rubio doesn’t have anything positive to say about his own record,” Perry said.  “When the going gets tough in Washington, instead of fighting for conservatives, Marco turns tail and sides with the Democrats.”

Specifically, Perry criticized Rubio for supporting the foreign policy of then-Secretary of State Hillary Clinton as well as the nomination of her replacement, John Kerry.

Perry also blasted Rubio for criticizing Cruz on the issue of defense spending – arguing that Rubio missed eighteen votes on the same appropriations bill that he’s been slamming Cruz over.

According to the final aggregate South Carolina polling, Rubio and Cruz are fighting it out for second place in the Palmetto State – with Rubio appearing to have the late momentum on his side.