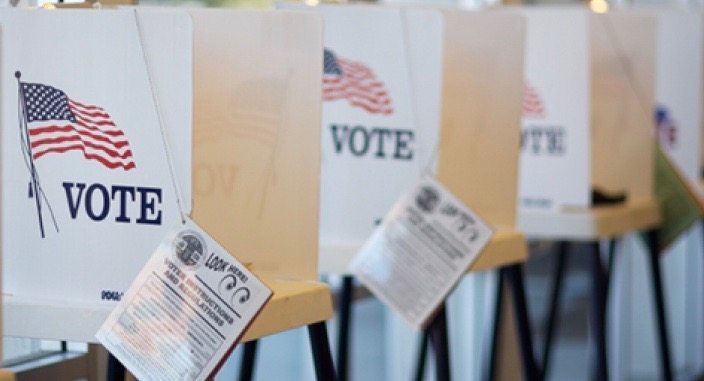 As the first votes are cast in the “First in the South” presidential primary in South Carolina, we felt it was worth taking a final look back to see where the pre-election polls wound up.  According to the final aggregate polling data from RealClearPolitics, this is where the candidates stood at the moment voters went to the polls …

And here are the trend lines … 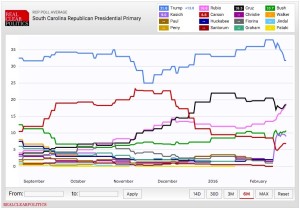 As you can see, the steady barrage of negative attacks by the “Republican” establishment against Trump over the last ten days clearly had an impact – although these broadsides don’t seem to have knocked the GOP frontrunner out of first place.

Meanwhile Rubio – who continues to be blasted for his support for amnesty for illegal immigrants – has finally overtaken Cruz for second place, albeit narrowly.

It’s not entirely clear yet the extent to which Rubio’s upward momentum has been fueled by the endorsement of his fellow left-leaning “Republican,” S.C. governor Nikki Haley – as most polling models showed him on the verge of passing Cruz well before Haley lent him her imprimatur.

Clearly he didn’t get the boost he was hoping for …

Ted Cruz: “Where’s Your Party At?”