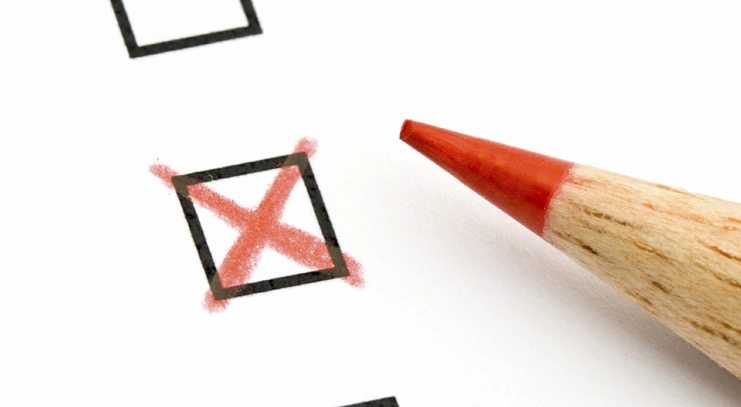 Earlier this week, a poll released by the S.C. House “Republican” Caucus raised eyebrows regarding the positioning of the third- and fourth-place “First in the South” presidential candidates Jeb Bush and Marco Rubio.

The poll in question showed Bush ahead of Rubio by a half a percentage point – an outcome that didn’t exactly jibe with numerous other surveys showing Rubio enjoying a sizable edge over Bush, his former mentor.

Since then, though, this controversial poll was included in RealClearPolitics’ rolling aggregate of Palmetto State surveys. In other words its methodology checked out …

The same probably can’t be said for another survey that’s currently making the rounds in the early-voting Palmetto State. This poll – first reported on by Politico late Sunday – also shows Bush ahead of Rubio in the race for third place. However it also shows a dramatically different situation at the top of the “Republican” contest – a perspective at odds with virtually every other survey in the field of late.

Quinn also claims Bush is in third place at 12 percent – beating Rubio by one percentage point.

“This is clearly a tight, volatile race that could produce most any result over the next six days,” Quinn wrote in a memo to Mike Murphy, the head of Right to Rise.

National pollsters were incredulous at the Quinn poll.

“Five polls done since New Hampshire have Trump ahead by 10-20 points,” a national survey expert who is unaffiliated with any presidential campaign or supporting political action committee told us.

That’s true. In fact the latest RealClearPolitics rolling aggregate average has Trump receiving the support of 37 percent of likely GOP voters in South Carolina – with Cruz at 17 percent.   In other words, Trump’s lead would appear to be ten times as big as the Quinn poll would suggest.

Another national pollster described the survey as having “zero credibility.”

“It’s a poll intended for panicked fundraisers who have blown $80 million on Jeb Bush with absolutely nothing to show for it,” the pollster said.

Quinn is a longtime advisor to liberal U.S. Senator Lindsey Graham of South Carolina. Graham, of course, abandoned his own spectacularly failed presidential bid back in December – and endorsed Bush last month.

This website exclusively wrote about Quinn being linked to the Bush forces weeks ago – reports he denied at the time.

Quinn defended his survey, saying it used “a traditional GOP turnout model which had been very accurate in the past.”

Bush is actually in fifth place in South Carolina with the support of ten percent of likely Palmetto State GOP voters, according to the latest RealClearPolitics aggregate data.

Rubio is currently at 14.3 percent and Ohio governor John Kasich – who scored a surprise second-place finish in New Hampshire – is at 10.5 percent.

And, I’m going to love it when you boneheads actually elect him & realize who he really is.

My invitation to visit my 757 aka Trump One still stands!

We can’t be any worse than the ‘boneheads” that elected Obummer —Twice.

We can live with that. Trump is not a plastic, he has not been working at becoming a politician all his life. He is real. The others are inventions. They are created by ego and pollsters and have had decades of compromising to get where they are.

I want change. I don’t want more of the same.

Be careful what you wish for!

Might end up with Alex Jones in a Trump’s administration. Trump did praise him when he was on his radio show, for having a great reputation. Can not believe a Presidential candidate went on that nutball’s show.

No way can he be worse than what we currently have.

It can’t be worse then Bush or Rubio

Donald has been exploring running for President since the 80s. Actually made an attempt once and dropped out. So I’d say he’s been grooming for this run for decades.

I agree with u!

Get over it…….Trump is going to be YOUR next president……………he’s better than the scum bags running as Republicans……….

If Trump doesn’t keep his promise we won’t vote for him in 2020. We will wait for the next guy that’s promises a wall and to stop trade deals. Sooner or later someone will keep the promise

They are a bunch of crooked assholes Haley and Graham especially

We, the unwashed masses ,are expected to knuckle under and do as we are told by the all knowing establishment. In most recent election cycles we conservatives have fought tooth and nail among ourselves only to see the establishment crook come in and lose to the Dim. (08 and 12) It is sooooo refreshing to see the establishment cronies going at each other while the conservatives lead every poll. Good bad or indifferent Trump has hit a chord with the American people . “We ain’t gonna take it any more.” LOL LOL LOL

Yes, and we may see just how corrupt they really are if they allow Obama to push through a Justice to the Supreme Court that will contradict everything Republicans say they believe in. They’ve done nothing for so long, and yet still seem clueless as to why everyone is rejecting them!

I have loudly dropped the phone back on the base now at least 16 times. (yes, I still have a landline with a corded phone – they work when the powers out)

Had one ask me if I was going to vote in the R or D primary. I told them I hadn’t made up my mind, they kept pushing and I kept responding the same way. The finally hung up on me.

I thought you Republicans believe all Democrats are Socialists?

I’m sure you do think that but you’re comment is wrong.

First, I refuse to be bound by a party.
Second, I know Republicans that don’t think all Democrats are Socialist.
Third, your comment is an ASSumption.

No its a fact

Really a fact, how did you come up with that?

“Do your research!”…Research what, that I am or am not a Republican or that all Democrats are Socialist?

U figure it out

You seem to have trouble backing up your claim that all Democrats are Socialists.

Which newspapers or media news outlets are saying all Democrats are Socialists?

Can’t you give me a little hint, I would like to know…witch…

I do and they are

This poll is bunk. The GOP leadership is not about to give up power and faking this poll is just another small act along their perceived pathway to defeating Trump and Cruz.

It is awfully funny that the establishment candidate are doing much better in S.C. than Drudge had them Sunday. Numbers don’t lie but liars use numbers.

Did they publish the questions? The call profile? Margin of error? When they called? Land lines? Cells? Both? Etc..

The establishment ruling class, their bribers (fund raisers) their friends and all of those with their hands in the taxpayer cookie jar are catatonic over the potential loss of their gravy train! Dumbocraps and Repugnants alike are besides themselves. I say screw em all!

Agreed. The lobbyist and money men were all over the Peace Center. I have been active in GOP politics for 40 years and I be damned if I ever saw such a self-interested bunch of insiders as I saw Saturday night. Our party leadership has let us down.

You should have seen Lindsey Graham high fiveing people and giving the thumbs up every time Jeb Bush cranked on Trump or Cruz. He was like a kid happy to keep all his marbles. And when the “packed house” would boo at Trump he would turn, look at them, and SMILE!

I have no use for Graham…he is a whimp

Graham wants to be Jeb Bush’s hetero-life partner. He is all in for the Buch camp.

The Republican candidates are a bunch of barking little bitches and we already know what a nut case Hillary or Bernie would. The Democrat candidates are a compilation of a lawbreaker and a communist.
I would say at this point neither party has been blessed with top notch candidates.
Trump is a loud mouth, Hillary has more warts and indictments waiting for her than an ugly frog, Bernie is a psycho-ceramic, a real crackpot, jeb has problems with relatives, Bernie thinks we should be ruled out of Moscow, etc., etc. We are in deep shit with either alternative, we just get there faster under a Democrat.

I’m conservative..but I no longer want to be associated with the corrupt republican party. GO TRUMP!

If anyone would take the time to read quinn’s bio he clearly admits to having been treated for dyslexia.

not the first time mike murphy has cooked numbers…but hopefully it might be his last.

Tactics like these–along with their planted, “boo-babies” in the Republican debate audiences are exactly why the establishment and their “choice” for the presidency is loathed! They are fake! And what is it with all of these debates, anyway? How many must we have? I’ve never heard of so many before! Let me venture a guess as to why. The establishment believes that Trump is a terrible debater and that it’s only a matter of time before he talks or–in their way of thinking–tantrums his way into trouble with the voters. And it is boggling their minds that no matter what, he keeps his commanding lead. They don’t seem to get that people are not measuring Trump for the most part by his skill as a debater. They are measuring him by what he believes (and they like it) and by his life long track record of taking uncompromised action on what he believes.