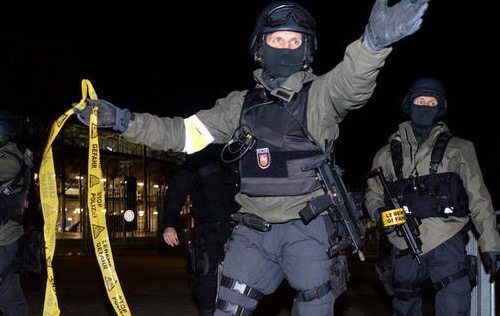 A soccer match between Germany and The Netherlands was canceled – and the stadium scheduled to host it was evacuated – after police in Hanover, Germany discovered an ambulance laden with explosives near the facility.

“There was a device intended to be detonated inside the stadium,” the local chief of police confirmed.

So far no detonations have occurred and evacuations were reportedly conducted in an orderly fashion.

The discovery comes four days after terrorists killed more than 120 people during a coordinated bombing/ shooting spree in Paris, France.  During that attack, several suicide bombers detonated themselves outside of the Stade de France during a soccer match.

German chancellor Angela Merkel was scheduled to attend this week’s match in Hanover in an effort to show solidarity against the terrorists.

So much for that idea …