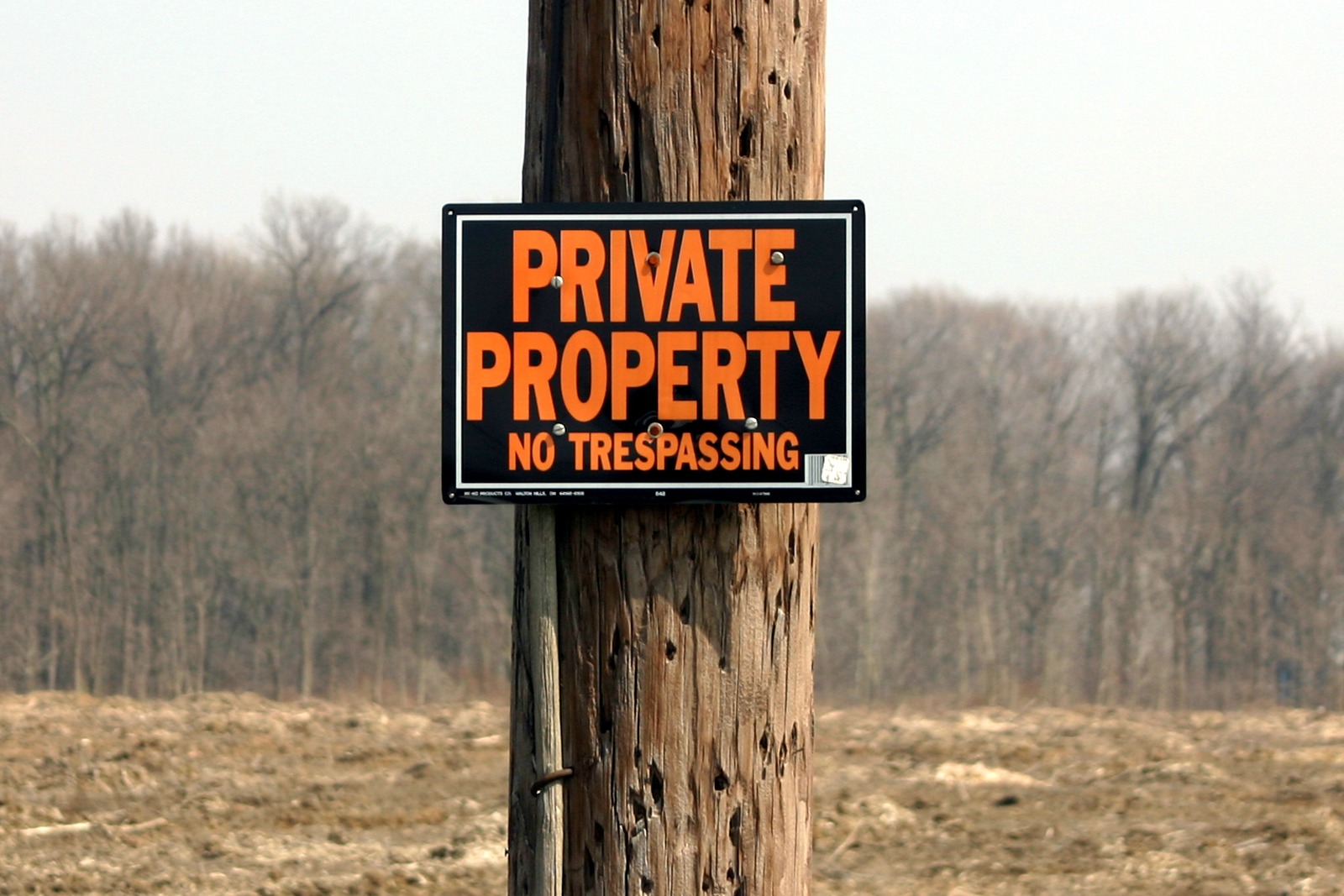 The so-called “Palmetto Pipeline” project probably isn’t going to happen … but it’ spawning a major debate in South Carolina nonetheless.

Pushed by energy infrastructure provider Kinder Morgan, the project has bitten off more than it can chew in Georgia – where influential media mogul William S. “Billy” Morris III has been shamelessly using his network of newspapers to eviscerate it.

So far, Morris has been successful …

In addition to its Georgia route, the 360-mile pipeline would run for approximately 100 miles in South Carolina through Aiken, Edgefield, McCormack, Abbeville and Anderson counties – terminating in Belton at a 900,000-barrel “tank farm.”  The Texas-based company also envisions Belton as the terminus for an expanded pipeline route from Baton Rouge, Louisiana.

In anticipation, three South Carolina Senators – Tom Young, Shane Massey and Nikki Setzler – have sponsored legislation which would establish “special procedures and restrictions governing the grant of the power of eminent domain to pipeline companies, including petroleum pipeline companies.”

Opposing the legislation?  S.C. Rep. Kirkman Finlay, who told us this week he “opposes eminent domain for private companies.”

Our position on the “Palmetto Pipeline” has been simple: As long as eminent domain isn’t being abused – and as long as taxpayers aren’t being compelled to provide “incentives” in support of the project – we have no problem with it.

But Finlay does raise an interesting point …

It’s one thing to use eminent domain responsibly in pursuit of a legitimate public need – i.e. a necessary infrastructure project (something South Carolina’s “leaders” wouldn’t know if it smacked them on the bum).  It’s another thing entirely for companies to be handed this power by government.

We don’t think the Palmetto Pipeline is going to happen, but the debate about its South Carolina route matters a great deal if you care about safeguarding private property rights.

Let’s not forget to thank the appropriate parties responsible for giving private companies the ability to use this power.

The Supreme Court also gave the government the power to restrict this ability. The SCOTUS didn’t change anything in regards to private companies. Private utilities have had that ability for a long time. The change was about private use, not private companies.

A pipeline is a public use, just like a Duke power utility line. In spite of the SCOTUS, state governments can restrict eminent domain.

If liberals were not defeated over time, we’d still be cursed with small pox, polio, and they would not even be able to get treatment for all the AIDS cases being spread.

Ass-Backward, ignorant and hateful…that’s the Democrat Party for you.

Vaccines have been one of the chief public benefits of fetal tissue research. Vaccines for hepatitis A, German measles, chickenpox and rabies, for example, were developed using cell lines grown from tissue from two elective abortions, one in England and one in Sweden, that were performed in the 1960s.

German measles, also known as rubella, “caused 5,000 spontaneous abortions a year prior to the vaccine,” said Dr. Paul Offit, an infectious-disease specialist at Children’s Hospital of Philadelphia. “We wouldn’t have saved all those lives had it not been for those cells.”

Fetal tissue was “absolutely critical” to the development of a potential Ebola vaccine that has shown promise, said Dr. Carrie Wolinetz, an associate director at NIH, which last year handed out $76 million for work involving fetal tissue, or 0.2 percent of the agency’s research budget.

Big T you ignorant, lazy slut. Jonas Salk’s research was funded with public money. He began his research at the University of Pittsburg, as state university, he then left there as was funded with help from the March of Dimes a public charity which receives tax deductible contributions. He also received significant assistance in testing his vaccine from the newly established Center for Disease Control and Prevention. Finally the Citizens of San Diego, purchased land and donated it to Salk where he with the help of the March of dimes built the Salk institute.
Edward Jenner, the principal, though not only doctor to work in developing a vaccine for small pox was funded by the British Crown and other government entities. Once developed he the vaccine was provided to doctors at no charge. It was brought to the US during the Jefferson administration and a federal agency was established to handle its distribution.
AIDS research has been almost totally funded with public money. Much of the research was done in France with funding from the French government, and in the US by the Center for Disease control (a government agency).
Very few great scientific discovery’s have been made without government backing. But typical of TNUTS you don’t believe in science or facts.

Medical pioneers, like Salk, have the GOOD of the people at heart. Liberals HATE the people, unless those people feed your Greed, and empower you.

Salk would be DISGUSTED by you, Obama and Clinton.

Again: we’d be breathing in disease from all directions, stepping in horse crap with a life expectancy of about 60 if Democrats were controlling us.

What the hell are you talking about? You must be a damn idiot with your post above.

There is a long history in English common law of courts compensating land owners for eminent domain to private but regulate companies that provide transportation to the pubic.

This pipeline may be privately owned but it has to agree to transport any product that it is resonably designed to carry. Many different companies use the Belton tank farm and the pipelines connected to it.

How would Duke power get electricity to your home or business without eminent domain. Duke is required sometimes to transport other companies power for a regulated fee, even individual home owners excess solar power.

Good points, but this is not the same. You have made an Apple vs Oranges comparison.

A private pipeline is not regulated, and does not provide a critical public need except to it’s investors. They are not the same.

Fuel is considered a critical need and it has to serve the public if uses eminent domain or easements of public property.

Again, all good points.
But, a private pipeline is not the same as a regulated public utility such as SCE&G or Piedmont Natural Gas.

If they can prove their critical need position, and fall under the Public Service Commission’s regulations, then you are correct.

Interestingly enough, gaining access to public rights-of-way or public facilities has not been rigorously enforced across the country. Case in point: CATV companies, and Cell Phone companies are now corporate unregulated utilities. Yet, they operate on public rights-of-way and use public wireless frequencies. All of which have little or no regulations, especially when it comes to competition, and equal access.

The US auctions public wireless frequencies with no regard to competition: only how much money it can get in the short term. While in the long term, the general public gets crushed thru lack of competition, costs, and services.

Private or public companies should never be allowed unregulated access to public property, be it: wireless frequencies, rights-of-way, or Eminent Domain. There must always be checks, balances, and fairness. Otherwise we end up destroying the thousands of competitive utilities that have created the advanced communications systems we have today.

Oh, we already did that: 7 Baby Bells now 2, no competing CATV, just rotten monopoly’s providing what they want at any price they can get.

Are you saying the cable companies and telecommunication companies needed access to public property to build their companies. Are you saying they did not build that without help from the public? You obviously are a dumb liberal. Like defense contractors, these companies owe the public nothing. They are an shining examples of people who made their way in the world with no assistance from the government. Just ask Mitt Romney.

No, I’m not an ignorant liberal. But, you appear to be a dumb fool!

CATV lines are on public highway and backyard rights-of-way for free in most cases. They are attached to power poles thru Federal mandated deals that give them price advantages over other attaching utilities, i.e. the phone companies. Even though they sell the same services.

Don’t be ignorant. CATV’s are just like every other utility. Publicly funded thru corporations, (remember Corporations are People), that have used monopoly restraint of trade tactics to maintain their unregulated status. That’s why your CATV bill is so high: no competition.

Sarcasm is hard in writing.

/// It’s one thing to use eminent domain responsibly in pursuit of a legitimate public need – i.e. a necessary infrastructure project (something South Carolina’s “leaders” wouldn’t know if it smacked them on the bum). It’s another thing entirely for companies to be handed this power by government. ///

There’s nothing at all responsible about potentially leaky pipelines going through sensitive wetland areas known to be located on fault lines due for some major shifting, just because the Big Oil money backs them and pays off pols to go along with their plans.

Let Big Oil get their way on offshore drilling, Will, and that wonderful surf you live to play in at Pawleys will be full of smelly black gunk that will put stank on you that it’ll take more than 20 Mule Team Borax to get out. Let them have their way on eminent domain for these pipelines, and you won’t have clean rivers and lakes in the area for another option, like rafting or kayaking.

Please don’t try to pass it off as the free market in action.

Colonial pipeline does all the things you say with less damage to the environment than tankers.

It is better to have a pipeline than thousands of tanker trunks and rail cars burning fuel and polluting the air. Pipelines have fewer injuries and deaths due to wreaks and derailments.

Nothing would ever be built without the opportunity to enrich oneself. That seems to liberals to be the most evil thing you can do. The fact is that consumers also benefit. Gas is cheaper the closer you are to Belton or Spartanburg tank farms. Roads are less congested and safer with tankers traveling shorter distances. Less air polution, Fuel is conserved…

The Reedy River begs to differ.

19 years ago and 20.5 million dollar clean up. The problem with the Reedy is fecal matter caused by sewers and agricultural run off, not Colonial.

Can we say “Conestee”. EEEEEUUUUWWWWWW!
It was AWFUL!!!!!!

“Nothing would ever be built without the opportunity to enrich oneself. That seems to liberals to be the most evil thing you can do. ”

I agree with this sentence, but it seems that Buzz is focusing on the property rights violations more so than the envy of profits, and he’s right that it’s not free market and in calling it fascism.

I have asked this question of others, now I will try here. Will Kinder use the EXISTING right of way from Belton to the Sweetwater terminal just outside of North Augusta?
As a snide aside:
Keystone–GOOD
Palmetto-BAD

The aphorisms of Barry Goldwater offer an infinitude of riches to be mined for rhetorical repartee.

The Ignorance of Barack Obama, and Hillary Clinton, regarding Keystone (for instance) is the BIGGEST Boost to Eminent Domain since Columbus.

When Americans are starving, these lazy, greedy and arrogant elitists tell us to eat cake…I tell those Bastards to EAT SHIT.

We are getting to where we say SCREW them…our children need shoes…not liars and hate from leftwing politicians who think they are royalty.