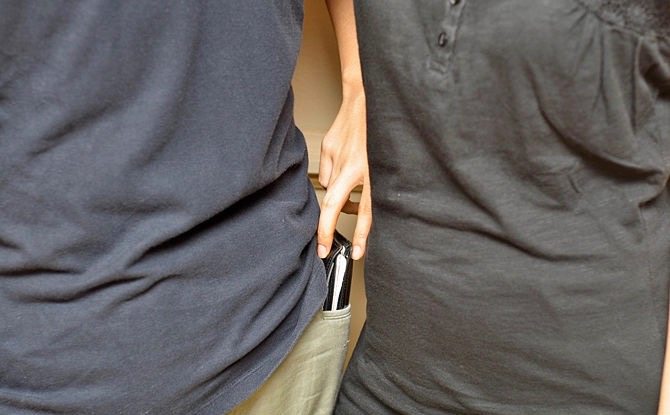 THE LEVY YOU NEVER KNEW YOU WERE PAYING …

Just call it the “fleecing of South Carolina.”

A city of Columbia, S.C. councilman has stumbled upon a massive “hidden tax” on South Carolinians – one that’s deprived them of hundreds of millions of dollars over the last three decades without them even knowing it.

Cameron Runyan – who is running for reelection to Columbia’s city council this fall – is reportedly addressing this massive “hidden tax” during a city budget committee meeting scheduled for this week.  He says the scam applies to all insurance policies in the Palmetto State – health, home, life, auto … you name it.

Of particular interest to Runyan?  The entity collecting the tax – the Municipal Association of South Carolina (MASC).  According to Runyan, this is the only non-profit in America that’s permitted to impose this sort of statewide levy.

Why is that important to him?  The group’s former executive director, Howard Duvall, is currently campaigning for a seat on Columbia’s city council.

We honestly don’t care about the politics behind the issue – we care about the numbers.  And according to documents obtained by FITS, the numbers are staggering.  According to internal MASC data (.pdf HERE), this tax has deprived South Carolinians of a whopping $1.6 billion over the past fifteen years.

Over that time period, MASC has collected more than $47 million in fees.

MASC does not post the data from the tax collection program on its website.  In fact the data obtained by FITS was marked “confidential.”

“They’re making out like bandits on it and they don’t want people to know about it,” Runyan said.

Who pays this hidden tax?  You do.  In higher insurance costs.

Is your city or town on the “hidden tax” list?  You can check for yourself by viewing another MASC internal document we obtained (.pdf HERE).

It’s also worth noting that a similar scam is run at the county level by the S.C. Department of Insurance (SCDOI), although details of that fleecing weren’t immediately available (rest assured we’ll be following up with them soon, though).

How in the hell do rackets like this get set up?

The roots of this fleecing go back to the 1930s, when local governments began collecting “business license fees” from insurance companies.  In the mid-1960s, some of them began using MASC to collect these glorified kickbacks – and in 1984, municipalities and insurance companies got together and authorized the Insurance Tax Collection Program (ITCP).

This program established a uniform two percent tax on property and casualty policies and a 0.75 percent tax on life and health policies.  For its role in collecting the tax, MASC receives a four percent fee of all taxes collected.

“The fee covers all costs to administer the program included legal fees, software, employees and any other administrative costs,” the group claims.

MASC says it has “substantially reduced” those fees over the years to roughly two percent of the taxes collected.  The group’s executive director Miriam Hair also told FITS that the organization’s centralized collection method creates efficiencies that save taxpayer money.

UPDATE: Where is the legacy media on this issue? (Crickets).

I just knew Lexington was going to be on that list before I even looked it up.

I take back all the mean things I thought about your blog of late. You ARE still relevant …and seemingly the only watchdog for us.

I always wondered why my car insurance cost more living in SC than it did inside the city limits of Atlanta. It sure isn’t because of risk.

You haven’t been observing SC drivers very long, have you?

It’s really not a problem. The money gets back to pols in the form of free retreats, conventions and seminars at convenient locations like Hilton Head or Las Vegas. All educational of course.

“Receipts for hookers should be listed as “relationship coaching for constituent relations” on your expense report. Morton’s can be listed if it doesn’t exceed your per diem but we wouldn’t suggest you itemize it by name.”

The list of cities and towns has around 270+- entries listed, which if I am not mistaken, it the sum total of all incorporated cities/towns in the state.

Essentially this is a town/city fee that is collected by the Association rather than the cities/towns individually. There is a cost to that, which is what the ‘fee’ to MASC pays for. Them doing it rather than each town paying someone to handle this logically speaking would be more economical.

Businesses inside an incorporated town/city pay a business license, if this simply a per-policy substitute for that, then there really is nothing nefarious or out of the ordinary about it.

It may not be widely publicized, but it’s not “hidden” if it is on the MASC website.

…..then click on your choice of
Brokers Tax Collection Program
http://www.masc.sc/pages/programs/solutions/collection-programs/Brokers-Tax.aspx

…. and you can also look on page 11 of the MASC Annual Report
https://www.masc.sc/SiteCollectionDocuments/AR_14.pdf

I read that we’re paying a phone tax that was set up to help fund WW 1.

A private association (regardless of for profit or non-profit) should not automatically collect taxpayer money.

If by “hidden” you mean “openly listed on the Municipal Association’s website and on the books in every city in the state” then, yeah, hidden.

It’s nice to know that our insurance companies are helping big brother collect his taxes from us more efficiently.

Is this paid based on zip code, area code or actual physical address? If it is by zip code then people who live outside a town are being taxed.

The Municipal Association employees are in the State Retirement System. They make a lot of money. Their senior staff makes tons. I don’t have the salary amount now but will try to get them. If someone else has them please post..

No private entity should collect and spend tax dollars. It should be handled by the state or other political subdivision and it should be subject to the State Auditor’ office.

The expenditures should be governed by the state procurement code.

There certainly can be now doubt that this group has made an outsized profit off of our tax dollars and this should stop.

Holy moly! Folks has uncovered a fifty year old tax that is in no wise secret or hidden, collected and distributed by the Municipal Association as an efficiency measure. That’s some real impressive “journalism” right there.

Here is the part that gets me. The STATE collects the tax and then gives it to this association. “The South Carolina Department of
Insurance is required to collect the broker’s premium tax and distribute
to the Municipal Association of South Carolina the municipal portion of
the tax” .