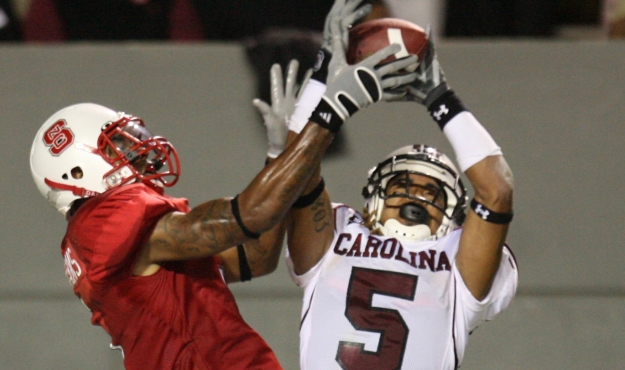 GAMECOCKS-WOLFPACK TO PLAY IN CHARLOTTE IN 2017

The University of South Carolina will renew its rivalry with North Carolina State University (NC State) in 2017 – the first meeting between the two programs since 2009.

According to a news release, the Gamecocks and Wolfpack will face off in the 2017 Belk College Kickoff Game at Bank of America Stadium in Charlotte, N.C. That game – like this season’s 17-13 Gamecock victory over the University of North Carolina – will be hosted by the Charlotte Sports Foundation (CSF).

The Gamecocks and Wolfpack have played just three times since then, though – the most recent meeting resulting in a 7-3 Gamecock victory at Carter Finley Stadium in Raleigh, N.C.  The previous year, South Carolina trounced NC State 34-0 at Williams-Brice Stadium.