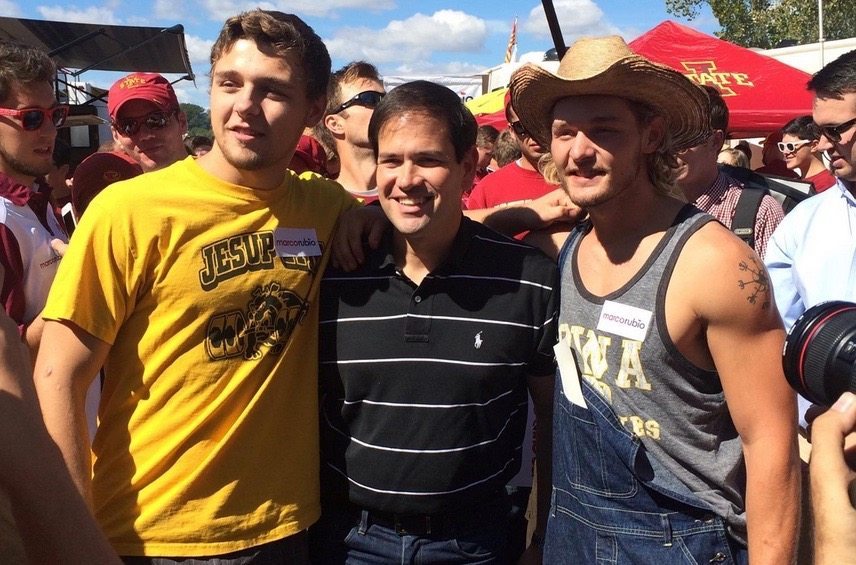 SENATOR HAS A “PINOCCHIO PROBLEM”

Seriously … that was a real tipping point for us.

Anyway, we’ve described Rubio in the past as “two-faced on big issues … and flat-out wrong on others.”

Apparently he’s got a bit of a Pinocchio issue, too … a growing problem as his war with fellow establishment “Republican” Jeb Bush heats up.

For those of you not following the 2016 “Republican” presidential primary, Bush and Rubio are battling for the support of the status quo wing of the GOP – especially the special interest cash that purchases legislation like “Obamatrade.”

And the political whores who support it …

How’s that street hustling going?  Well, this week third quarter fundraising totals for the campaigns were released – and Bush more than doubled Rubio’s haul over the last three months ($13 million to $6 million).

Aside from that being a terrible quarter for Rubio, the website Saint Peter’s Blog has some context that makes the story even worse for him.

On October 9th, (Rubio’s) campaign let slip at a donor retreat in Las Vegas that Marco would raise $6,000,000 for his campaign in Q3, and the press dutifully trumpeted this number to the unsuspecting public.  A week later, when Jeb Bush released the news of his $13,380,000 Q3 take, Team Marco quickly sought to deflate the Bush numbers and followed up by emphasizing they had more campaign cash on hand than Bush.

Compare this to Jeb Bush’s primary cash on hand of $10,001,000  – about a $250,000 advantage for Bush — and you begin to get a sense of how willing Marco was to fudge the numbers to create the myth that his lean and mean campaign machine has more primary cash than Bush.

Also of interest?  The blog has some interesting tidbits on Rubio’s personal financial history … which is apparently every bit as fiscally irresponsible as his treatment of your money.

Rubio could have been a contender.  He entered the Senate on a Tea Party wave, and had elected officials like him and U.S. Senator Rand Paul of Kentucky stood firm on conviction (as opposed to making political calculations), this country would be in much better shape.

And for that matter so would their presidential candidacies …