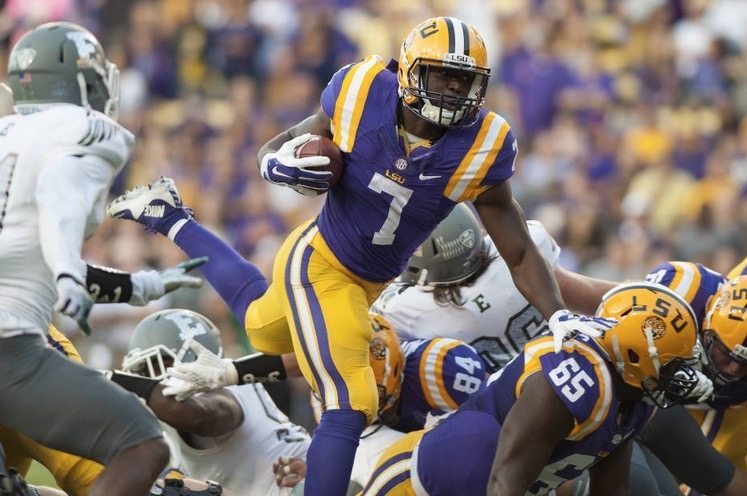 The University of South Carolina may have found a way to stop Leonard Fournette after all … by not playing the Heisman Trophy frontrunner.

According to USC athletics director Ray Tanner, a decision will be made within the next 24 hours regarding whether to play this week’s scheduled game between the Gamecocks and Fournette’s seventh-rank Louisiana State University Tigers.

“We are not 100 percent sure at this time that we will have a game at Williams-Brice,” Tanner told reporters Tuesday.

The stadium is reportedly in good shape following this week’s unprecedented flooding in South Carolina, but Tanner is concerned about people attempting to travel to the game.

He’s also worried about law enforcement personnel being taken away from more pressing recovery efforts in order to handle traffic at the game.

One possibility?  Playing in another city …

Earlier this week the school announced that the Southeastern Conference contest was “scheduled to be played as planned,” although officials said they would be monitoring flood conditions as well as road and bridge closings across the state.

“All parties continue to monitor the situation and the schools and SEC office remain in communication in the aftermath of the storm and flooding in the Midlands area,” the athletics department said in a statement.

LSU Is Now An Away Game