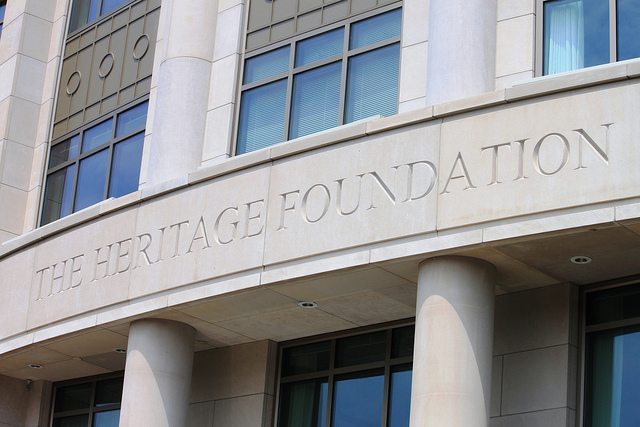 || By FITSNEWS || Did a business deal really disrupt Donald Trump‘s plans to attend a gathering of “national conservatives” in Greenville, S.C.?  Or does the last-minute decision to cancel his appearance at the neoconservative Heritage Action presidential forum mark the latest front in his ongoing battle with S.C. governor Nikki Haley?

A statement from Trump’s campaign indicated the billionaire businessman – who has stormed to the front of the GOP pack nationally and in early-voting South Carolina – had “a significant business transaction that was expected to close Thursday.”

That transaction was delayed by a day, compelling Trump to change his plans.

“Due to the delay he is unable to attend today’s Heritage Action Presidential Forum,” the statement said.  “He sends his regrets and looks forward to being with the great people of South Carolina on Wednesday in Columbia.”

The Heritage organization – which used Trump’s name and likeness to sell the vast majority of its tickets to the event – reportedly ran afoul of “The Donald” when it agreed to permit Haley to not only appear at the event, but pose questions of the candidates (including Trump).

Haley, a former Tea Partier turned GOP establishment attack dog, has made bashing Trump her modus operandi on the national stage of late …

Sources close to Jim DeMint – president of the Heritage Foundation (and a former U.S. Senator from South Carolina) –  tell us a frantic phone call was made to Trump earlier this week to make sure he was still committed to attending the event.

Trump – a long-time friend of DeMint – reportedly told the former Senator he had always planned on attending, provided his business obligations did not interfere.

“Some political people may have difficultly understanding this concept but his decision has everything to do with business and nothing to do with politics,” a Trump advisor told FITS.  “Unlike them, he’s a businessman not a politician.”

Supporting that contention?  The presence of numerous members of Trump’s advance team at the Bon Secours Wellness Arena in downtown Greenville, S.C. – site of the Heritage Action gathering.

Nonetheless Haley – and Trump’s 2016 rivals – are reportedly hard at work trying to spin Trump’s decision to bail on the event into some sort of political advantage for their campaigns.

In fact Haley – who is addressing the Heritage crowd – was reportedly neck-deep in protests over her decision regarding the removal of the Confederate flag from the grounds of the S.C. State House earlier this summer.