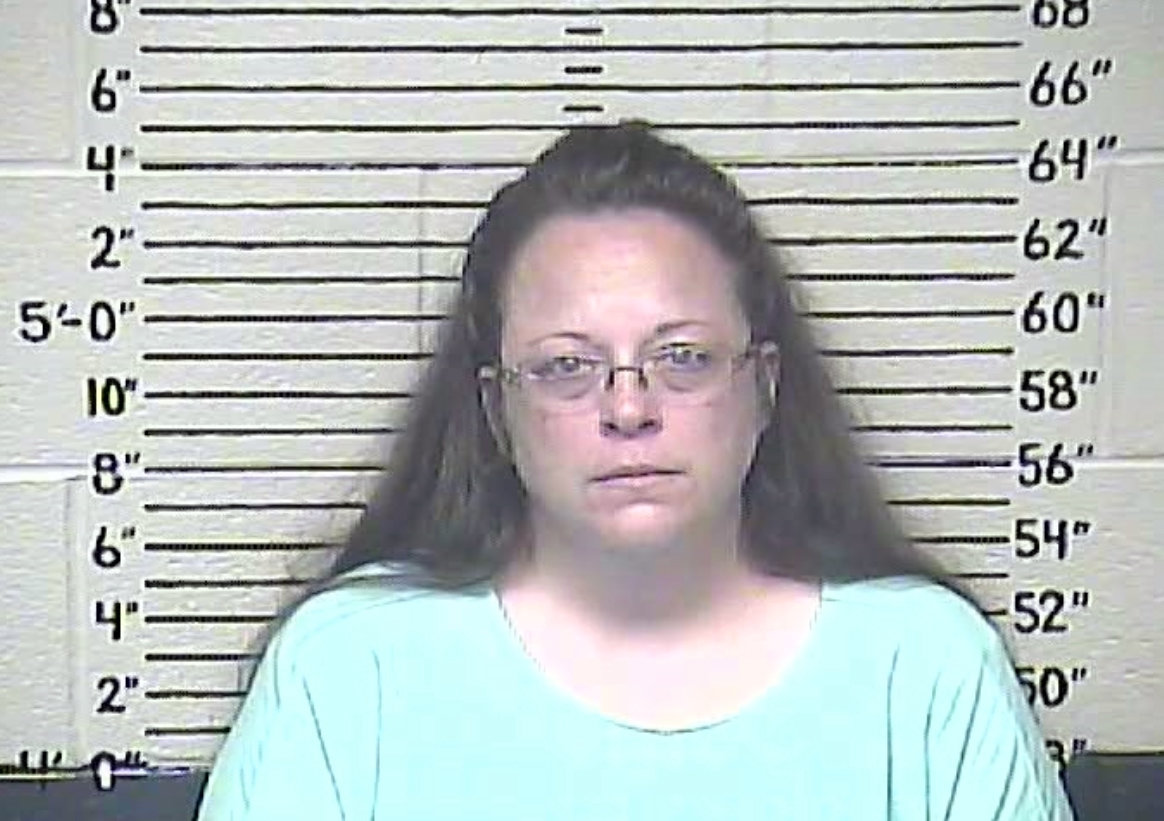 THE GAY MARRIAGE DEBATE IS BACK …

|| By FITSNEWS || Kim Davis is a clerk of court in Rowan County, Kentucky.  This week, she was imprisoned for refusing to issue same sex marriage licenses – arguing it violated her Christian beliefs.

Davis, a Democrat, was jailed after a U.S. district court judge ruled she could not willfully disobey the law of the land.

Kim’s arrest prompted some over-the-top reaction all along the political spectrum.

“Today, judicial lawlessness crossed into judicial tyranny,” U.S. Senator Ted Cruz of Texas said after Davis’ arrest.  “Today, for the first time ever, the government arrested a Christian woman for living according to her faith.  This is wrong.  This is not America.”

Cruz – one of sixteen “Republican” presidential candidates – blamed the arrest on the overreaching administration of U.S. president Barack Obama.

“I stand with Kim Davis,” Cruz continued.  “Unequivocally. I stand with every American that the Obama Administration is trying to force to chose between honoring his or her faith or complying with a lawless court opinion.”

Paul – who is also running for president – said people should not be thrown in jail “for exercising their religious liberties.”

“This is really the problem when from on high we decide to get involved on a federal level with something that has always been a local issue,” Paul said.

With Davis.  With Cruz.  And with Paul.

This website’s view on marriage has been made abundantly clear on repeated occasions: No government – local, state or federal – should be able to ban (or compel) marriage: Gay, straight or plural.  That’s because marriage isn’t a government institution, it’s a religious one – meaning the question should be left to individual congregations.  As for civil unions, we believe the equal protection clause of the Fourteenth Amendment compels government to acknowledge homosexual, heterosexual or plural unions.

“This is issue is so simple: If you can find a church to marry you, then government shouldn’t block your union,” we wrote last fall.  “Nor should it force any church to perform a ceremony in contravention of its religious beliefs.”

In other words Kim’s religious convictions shouldn’t interfere with her doing her job because issuing marriage licenses is not a job she should be doing in the first place.

Translation?  This is a nonsense debate.  One brought about because government has stuck its nose someplace it doesn’t belong.

Don’t get us wrong: We respect individual liberty and religious freedom.  They are bedrocks of our American , and we have repeatedly railed against politicians willing to trade on these foundational freedoms in the name of “security” – or worse, political correctness.

But this isn’t a case of a baker refusing to bake a cake for a gay couple (an expression of religious freedom we support, by the way).  This is a government official administering selective justice – and doing so in direct contravention of the law.

You see where this could ultimately go, don’t you?

Davis would have earned our respect had she simply stopped issuing any wedding licenses – because that would have been an affirmation of the freedom of churches to marry as they please.  In other words, real religious freedom.

But she didn’t do that.  She discriminated in an official, taxpayer-funded capacity on the basis of sexual orientation – which is wrong (no matter what you believe).

For that, she shouldn’t be thrown in jail or made a national example – she should simply be removed from her office and replaced by someone who will follow the law.

At some point, though, we’ve got to get to the bottom of this issue once and for all by getting government out of the marriage business altogether.