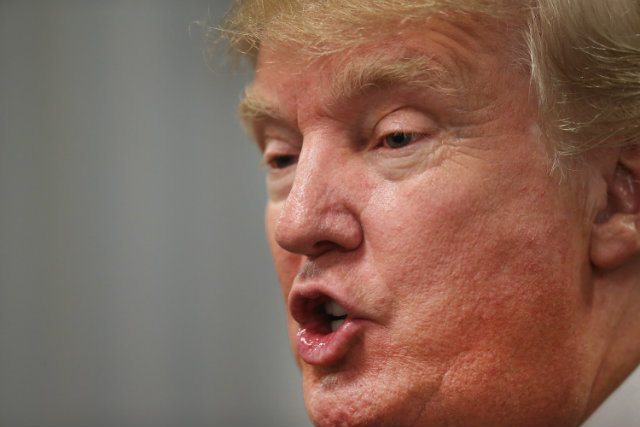 || By FITSNEWS ||  It’s no secret Donald Trump has taken the “Republican” presidential primary by storm … but what’s even more impressive about his astronomical ascent is where it began.  And what it has survived.

“The Donald” didn’t begin his rise from celebrity sideshow to GOP frontrunner from some middle-of-the-road position.  Nor has his improbable ascent occurred in a vacuum.

When Trump first jumped into the race, his unfavorable ratings were through the roof.  More than any other GOP candidate, primary voters didn’t like him … and told pollsters they would never consider voting for him.  He was dead in the water, in other words.  Finished before he started.

Hell, as recently as May of this year, Trump’s unfavorables dramatically outweighed his favorables.

Case in point?  A poll in early voting Iowa by Selzer and Company which shows how Trump’s favorable and unfavorable numbers have evolved over the last three months. 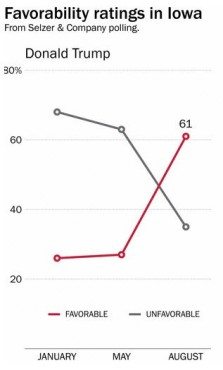 “Numbers just don’t reverse themselves like that in the space of a few months (or ever),” Cillizza continued. “Especially when the politician in question is totally known by the electorate. Once you are both totally known and broadly disliked – as Trump was in May both in Iowa and everywhere else – you are doomed. One hundred times out of one hundred.”

Cillizza added that in twenty years of covering politics he has “never seen anything like the total reversal in how Trump is perceived by Republican voters. It is, quite literally, unprecedented.”

Not only that, Trump flipped the script with the entire GOP establishment – and the “conservative” media – throwing everything including the kitchen sink at his candidacy.