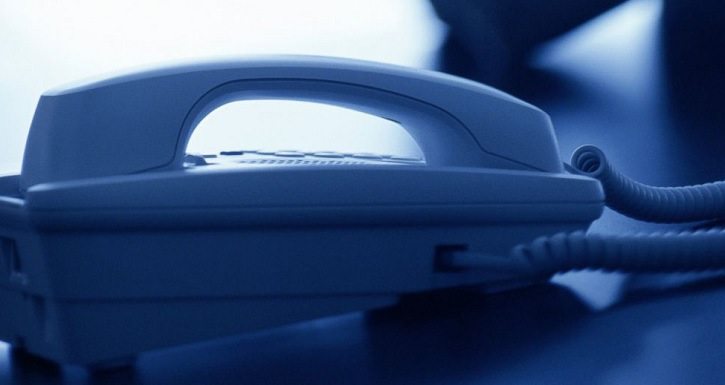 || By FITSNEWS || Yesterday this website reported on a major development in First Amendment jurisprudence – one with far-reaching implications on South Carolina politics (and the Palmetto State’s “First in the South” presidential primaries).

It involves a U.S. Fourth Circuit Court of Appeals decision – one affirming a lower court ruling that struck down South Carolina’s 1991 ban on political robocalls (or “automatically dialed announcing devices,” a.k.a. “ADADs”).

… the Fourth Circuit ruling upholds a 2014 decision reached by U.S. District Court judge Michelle Childs – which found the South Carolina law was unconstitutional because it discriminated against political speech.

Another winner?  Robert Cahaly, the Palmetto political consultant who was arrested in 2010 for allegedly violating this unconstitutional statute (even though he got an attorney general’s opinion authorizing the sort of calls he made).  The charges against Cahaly were dropped two years ago due to “constitutional issues with First Amendment rights,” but he pressed forward with a suit against the S.C. State Law Enforcement Division (SLED) and its former director Reggie Lloyd anyway – not for money, but to clear his name and to make sure others weren’t unfairly prosecuted under the same bogus law.

In a message posted to his Facebook page, Cahaly is addressing the ruling for the first time.

I’m gratified to be part of a free speech ‘victory.’ When we filed this lawsuit nearly two and half years ago, we made it clear it wasn’t about money as we weren’t asking for punitive or even actual damages. The suit we brought to federal court was about setting the record straight and making sure that I would be the last victim of this flawed, easily misinterpreted, and unconstitutional law.

While it would have been easy to pay the small fine associated with these misdemeanor charges and move on, doing what’s right is rarely easy or inexpensive, but in the end it’s always worth it. Most of us who work in politics started doing so because we’re patriotic and wanted to make our country a better place. I could have become jaded and disenchanted after being arrested, but I had to ask myself a simple question. If I’m not willing to stand up for free speech, the bill of rights, and the Constitution itself, what credibility do I have when I ask candidates or elected officials to do the same?

It’s also worth noting that my case and its outcome related to a political and personal vendetta of the former SLED chief and should not be seen as a reflection on the dedicated professionals who currently lead or work at the State Law Enforcement Division.

Oh, and as we expected the story is getting national attention now … with reporter Betsy Woodruff of The Daily Beast assessing the implications of the Fourth Circuit’s ruling.

According to Woodruff, the decision means the 2016 presidential primary in South Carolina “is likely to become much, much messier.”

“The Palmetto State is now a phone-call free-for-all,” she wrote.  “In fact, due to another law being struck down in 2010, outside groups supporting a political candidate or cause don’t even need to disclose who is paying for the call.”

Indeed … and the impact of these calls is even more pronounced in the Palmetto State given the sheer number of old timers (who still use land lines) comprising the state’s electorate.

OK, now I’ll start writing new scenarios for the human callers who are annoying ( or stupid, or uneducated, or hacks, or even clueless about their candidate) to me on the phone. Perhaps I’ll even ask if their candidate is for repealing the Bill of Rights!

Damn! It looks like I can no longer file complaints. Well, politicians ignored the law any way, even our Attorney General.

Glad to see an unconstitutional law eliminated. Now if we can do something about these politicians constantly raising taxes, then we’ll be talking.

Seriously, how was this ever a law? Of course it violates free speech. I’m happy that we can finally go back to enjoying part of our constitutional rights again. To paraphrase Taylor Swift, “haters gonna hate and statists gonna state.” Glad Liberty finally gets victory!

It looks like we have some RoboCommenters here, great!

they travel in packs and like each others posts

We need RoboCop to dispense some RoboJustice to these RoboThugs.

This is another blow to career politicians looking to secure another term in office. Free Speech victories like this give the people a fighting chance in getting the truth out!

Another win for free speech has been handed down. The Constitution and our basic rights are much more important to me than how annoyed I get when a robocall comes through.

I’ll send you my phone bill.

I don’t like robocalls anymore than anybody else. But we must ask ourselves if Free Speech is taken from the people, do the people have anything at all?

I am not a fan of $subject either, but I think this is a big win for $amendment. We can’t support attempts to ban $subject because $reasonA and $reasonB. Maybe next time we can focus on $issueA instead of wasting time on $subjFATAL ERROR, DUMPING MEMORY

And… the roboposters have arrived.

The Constitution is clear that political speech can weather the strictest of legal scrutiny. It benefits only the political elites if we restrict political speech. This decision gives the people another fighting chance against incumbents with large war chests that continually break campaign promises to their constituents.

There should be some hours of decency where politicians and robocallers cannot call. In the past, I’ve reported Mitt Romney and Alan Wilson (SC Attorney General), and Democrats for calling after 7 PM for violating SECTION 16-17-446. Regulation of automatically dialed announcing device (ADAD) in South Carolina’s Code of Laws.

After 9. After 7 is ridiculously idiotic.