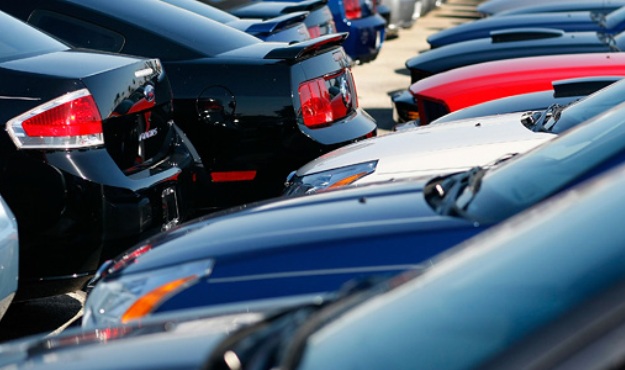 MORE “FAKE IT TILL YOU MAKE IT” DATA FROM THE GOVERNMENT

But according to the Atlanta Federal Reserve, a massive boost in automobile manufacturing is responsible for the bank doubling its third quarter gross domestic product estimate.  Two weeks ago the Atlanta Fed’s estimate for economic growth in the third quarter – which runs from July through September – stood at an anemic one percent.

Since then it actually dipped even lower – to 0.7 percent.

But now, thanks almost exclusively to a “a 15.3 percent increase in seasonally adjusted motor vehicle assemblies in July,” the estimate has surged to 1.7 percent.

Ah the magic of “seasonal adjustment.”

Is this boost legit? Um, no.

“The only way automakers are making sales is by lowering credit standards to truly mind-numbing levels,” the website Zero Hedge noted, adding that “China’s economic collapse has crushed sales forecasts” at a time when automobile inventories are “already at record highs.”

In other words it’s totally unsustainable …

Also as we noted in our last GDP report, even if the government estimates were valid, our economy isn’t moving at anywhere near its potential … to say nothing of the level it needs to move if all those entitlement calculations are going to hold up.

U.S. president Barack Obama‘s administration has estimated that economic growth for 2015 will clock in at around two percent – which is abysmal, but par for the course in the “New Normal” of rampant unemployment, low wages and suppressed consumer activity.