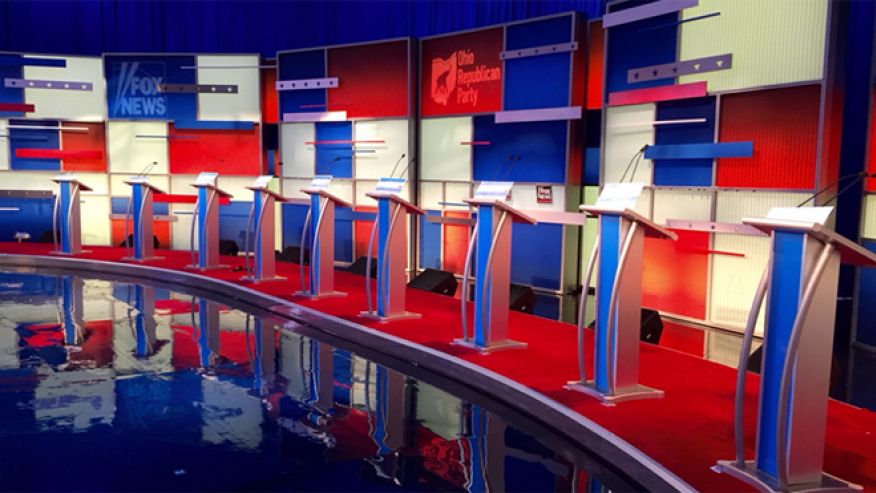 The Republican presidential campaign is off and running with the first of many presidential debates. A debate that drew much more attention than a political event 15 months prior to a general election normally would draw due to Donald Trump’s energy and emergence onto the political scene.

Unsurprisingly in retrospect, the debate format of short answers kept it lively, but hindered Trump’s ability to use his charismatic advantage to win voters and get into details on his positions. Other practiced debaters, politicians and prosecutors thrived in the familiar format, and later in the debate, The Donald adjusted using his natural charm to his advantage.

Viewers anxious to learn about how candidates stood on a variety of issues got an earful of conservative rhetoric and their relative performance. But Republican and Independent voters have heard the promises before. They have heard the lofty speeches and the ads promising a repeal of Obamacare or ending executive amnesty and have endured the disappointment when those same leaders walked away from their promises immediately upon election.

In 2016, Republican voters are tired of promises and are looking for someone who actually means it, a leader who has a proven record of fighting for their priorities.

The failure of Mitt Romney and John McCain before him, who were each sold as the candidate who could win by the political donor and pundit class, has left a bad taste in GOP voters’ mouths. There is a sense that they traded their vote for “winnability” and ended up with a candidate who refused to fight for conservative issues and, as a result, lost to a president who has taken a wrecking ball to the country.

Senator Marco Rubio is one candidate who will likely fall prey to this phenomenon. Attractive and well scripted, he hits resonant chords when he talks about his upbringing and vision for America. Unfortunately for him, his record in the Senate, including his unwillingness to stand and fight on big issues, will submarine him when compared with Senator Cruz or Paul.

Of the governors, Jeb Bush is the most likely victim of this rebellion against the establishment. But the really bad news for Bush in the debate was the strong performance by both New Jersey’s Chris Christie, who used his prosecutor background to perfection, and Ohio’s John Kasich, who was bolstered by his home state crowd. In a perfect Bush world, Christie and Kasich need to go away – because they draw votes from him – so he can establish himself as the inevitable nominee. If anything, Thursday’s first debate just might result in the New Jersey and Ohio governors moving up in the polls at Bush’s expense …

Rick Manning is president of Americans for Limited Government.  This piece (reprinted with permission) originally appeared on NetRightDaily.com.

Rick Perry To Campaign In SC

As for the Donald:
“… charismatic…”, an interesting choice of adjective, not one I would use.

“…get into details on his positions”…haven’t heard many details and didn’t expect to last night.

So Manning likes Kochsucker Cruz. Why am in not surprised, since the people he works for are Koch affiliates. Cruz was one of the minions who ran to California to kiss Koch ass and beg for money. Cruz will never be President. He is the son of an immigrant Cuban who fought for Castro (i.e. the Communists) in the Cuban Revolution. His father only became a Citizen in 2005. We don’t need any more of that kind of crap. We need real Americans. People who are from here, and whose parents and grandparents grew up here. Heritage and History are part of being a real American. Cruz and Rubio are out as far as I am concerned.

Then there is Koch Puppet Walker. Bought and paid for two years ago by Koch, he is their favorite. But he looked very weak in this debate, and they may be bailing on him. Fox tried to kill Trump. They asked him about his bankruptcy, but no one volunteered to point out Walker’s financial troubles. He has no assets and he is knee deep in Credit Card debt according to his own financials. At least Trump has made his money the old fashioned way.

In the end if I have to choose between Jeb and a Koch servant, I will just have to do a write in, because I will not support either. I am sick an tired of bought and paid for politicians who are only out for themselves and their boss. And I don’t want anybody who needs a job. Give me someone who has not spent their life on the back of the taxpayers. Unfortunately that does not leave very many in the Republican field.

That what we’re counting on, thanks.

Question: Do you prefer to tell —–

Do we really need a recrap of last night. The GOP is toast and it’s their own fault.

That’s what the Republican and Tea Party has to offer? That’s it? Red meat, unfinished sentences, unfinished thoughts, pandering – nobody of that bunch has the expertise, the character or personal ethics to lead this country. Hillary will become the ‘useful idiot’ for4 years before we “fundamentally transform this country”. The demographics are in favor of a multicultural progressive coalition that will no longer be scared by Iran, IS, Putin and China and create a ‘post constitutional’ republic with very strong state and local power where health care, education and diversity is cherished and new forms of economic exchanges are practiced. Bye bye American exceptionalism and thank god american imperialism – welcome to the future many of you will no longer be part of.

Interesting, take. What do you mean by “post constitutional.”

We live in a republic where the Supreme Court Decision on Citizens United cemented the power of an oligarchy – meaning : where decisions are made there is very little democracy and where we still gave a democratic process in place very few decisions are taken – not what the constitution and framers had in mind. The constitution has become the ‘selfie stick’ of the ruling political class – the decisions about the future are made on wall street, in the offices of bankers, CEOs and state and federal agencies. But on stage in a political debate we pretend we are still a republic -Rome made the same mistake and went from a Republic to an Empire with Emperor.

Yep, I came away thinking I could not vote for any of those idiots. What the hell has happened to the GOP.

That’s what they get for courting and absorbing the religious wingnuts back in the 80’s.
They now ARE the party of religious wing nuts and bigots.

Looks like nobody made it back to Final Jeopardy ..

Did anyone else notice that the Dems handily won the Gop Debate? Makes Bernie Sanders look like the smartest man in America. Maybe this will end with Rove running naked down a street pursued by a pack of lesbian dwarves.