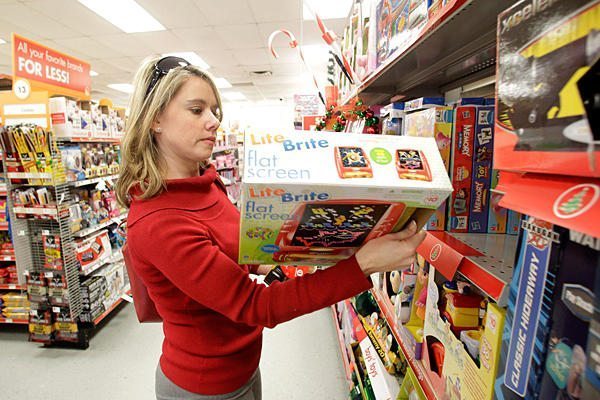 BIGGEST DROP IN MORE THAN A YEAR …

|| By FITSNEWS ||  Excited about that modest economic growth the government announced this week?  Don’t get yourself too worked up.  Consumer comfort plunged this week – suffering its largest weekly drop in more than a year.

“The index has lost 3.5 points in the past month and has been lower only once since November,” the economists who compile the report (.pdf HERE) noted. 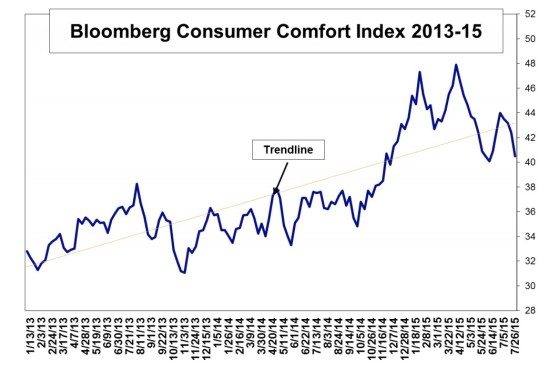 Obviously that last drop-off looks really, really bad … but the trend line over the last two years isn’t terrible.  At least not yet.

But with 93 million working age Americans out of the labor pool, wages stagnant and serious global economic headwinds looming … yeah, it’s gonna be hard to turn things around.

Published weekly since December 1985, the CCI records Americans’ views on three key items: The national economy, the buying climate and their personal finances. Produced by Langer Research Associates, CCI data is based on 1,000 national random-sample landline and cellular telephone interviews, 250 per week (in a four-week rolling average).